On Tuesday, we are launching the third season of the world’s premier “customizable” manual contest, 2Up. Are you ready to pop some wheelies?

The concept for 2Up was born in 2014. The success of the first Run & Gun series, with the winner decided by audience scores, was a huge factor. We thought, “What’s another extremely punishing contest idea? Of course! Manuals!” R&G’s focus on tight timeframes influenced early 2Up planning meetings, and early versions of the 2Up rules outlined a similarly rigid structure: the contest originally doubled R&G’s inflexible 24-hour curfew, giving prospective manny maniacs two days to do their best. You could say we loosened the constraints quite a bit in this respect; now we just film manuals until the skaters are on the verge of focusing all of the blocks.

Early drafts of the 2Up series also quickly abandoned a 10-manual rule; this was a wise choice, for reasons that would soon become obvious. After all, manuals are an art form: the canvas may have a defined size, but you don’t walk up to Picasso and say, “Yo Pablo, let’s try to get ten brushstrokes this time. Aiiight?” Some of the most memorable entries in the contest couldn’t even be categorized as one manual, if we’re being honest, but rather a manual-within-a-manual-within-a-manual (etc). Or, a banger with a wheelie thrown in for good measure. Given our history of contests that relied on an obvious fetish for guidelines, it was uncharacteristic for The Berrics to ultimately throw the rules out the window for 2Up. But it was liberating.

A mock of the blocks (a “block mock,” if you will) used in the first 2Up contest.

Designing the 2Up blocks was a fun exercise for our creative team. Many designs ended up on the cutting room floor (including some striking experiments in neon that would have matched a mural on the park’s south wall); the final versions were simple and elegant. The creative team had immediate plans to test the fruits of their labor—hell, everyone in the office was eager to get their hands on these new manual pads—but we had to hold our horses. We still needed to shoot the photos and make sure these blocks were pristine for Sewa, Joey, Ben, Youness, Chris, Marc, Nick, Brandon, Eric, and Daewon—ten manual masters who would set the standard for years to come.

Nothing could prepare us for the level of creativity we would capture in this first season of 2Up. These were not what the world would consider standard manuals. Even people who don’t consider themselves manual skaters had to admit… this shit was fucked. The entries ran the gamut. Some, like Eric Koston, used as many blocks as possible in a single manual. Others, like Youness Amrani, chose to forgo the blocks and manual into and out of rails instead. (Ben Fisher found a happy medium by stacking blocks of off the ten-stair.) No rules, no problem.

In the end, after your votes were tallied, the first 2Up was taken by Daewon Song. You can’t beat creative precision, and Daewon delivered with a unique mix of manuals that blew everyone away (four years later he’s still leaving us speechless via his Instagram). Watch his winning 2Up entry below, along with the nine other jaw-dropping collections of manuals.

The first season of 2Up was a huge balancing act, to say the least. It was physically and emotionally taxing and it certainly inspired some primal scream therapy in the park. But, as with any good manual, you have to flip out every once in a while. 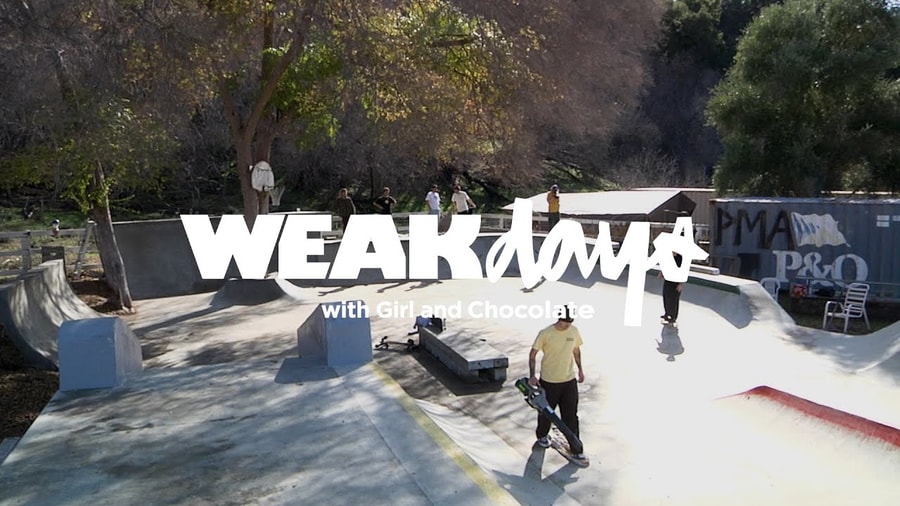 The Boys at Crailtap head up to Manderson’s compound for a “WEAKDAYS” Session.
Jan 17, 2023    0 Comments
Events

Enter A Lost Cause’s ‘Slam Of The Year 22’ Contest 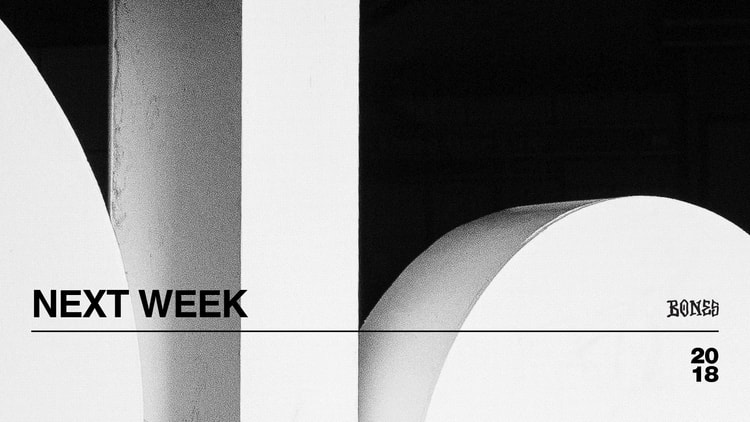 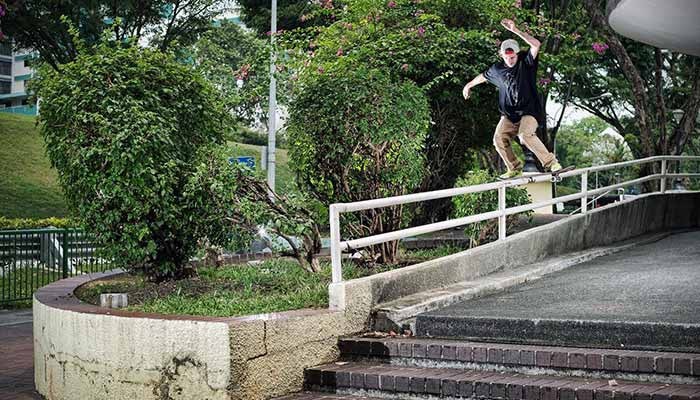 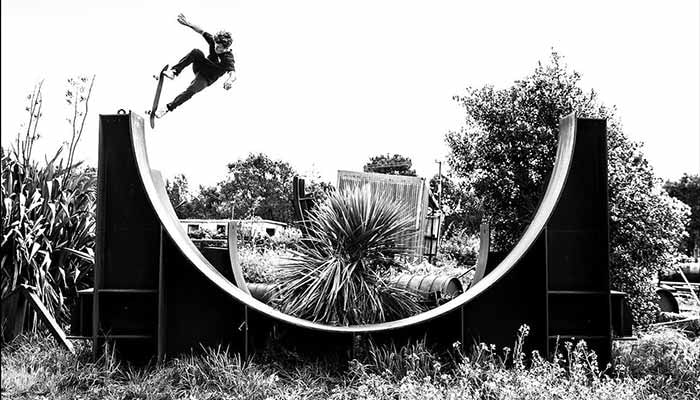 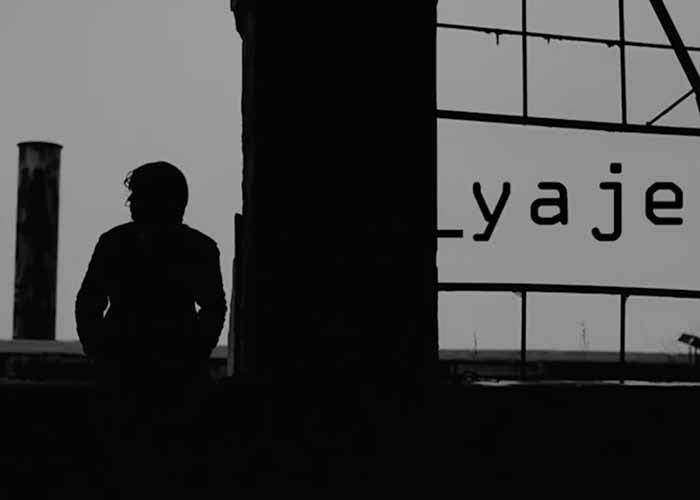 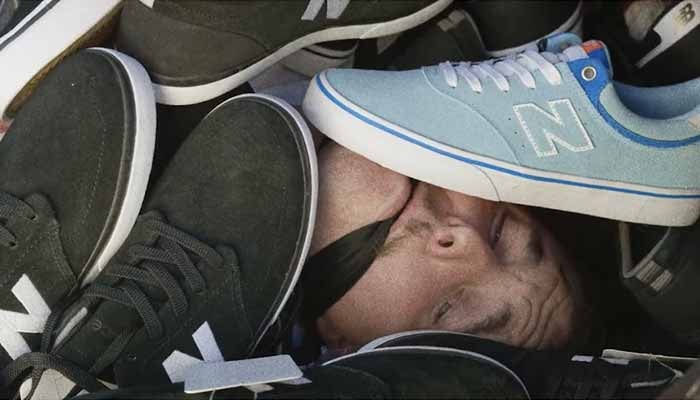 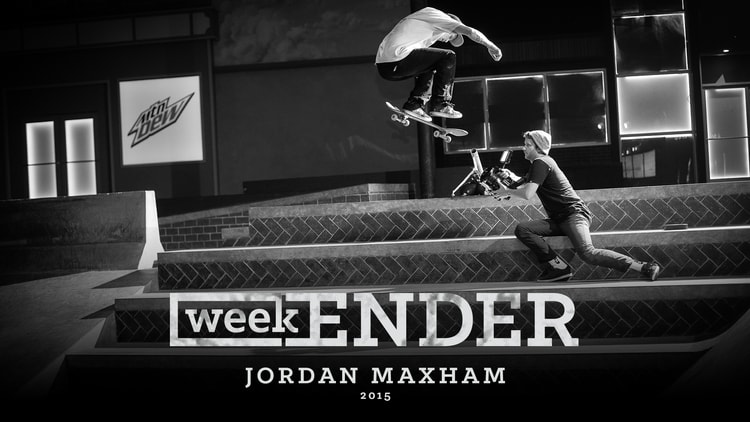 Leave it to Jordan Maxham to create a ridiculous, intimidating pole jam for his Recruit ender. Rewatch his final trick, then daydream about what you’re gonna learn this weekend!
Jan 26, 2018    0 Comments 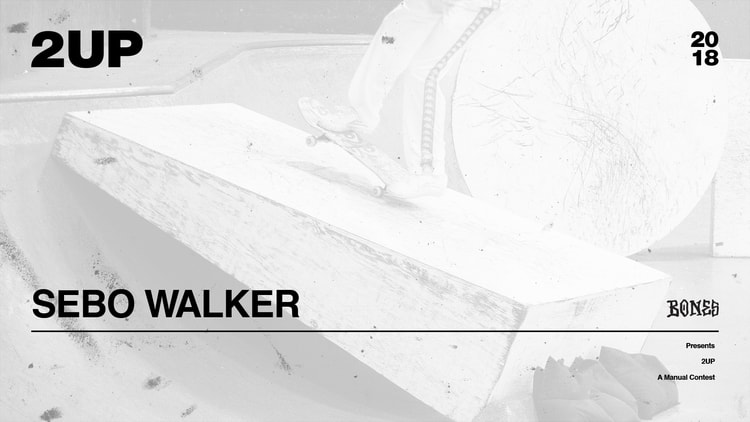 Sebo Walker kicks off 2Up 2018—the modular manny contest where YOU decide the winner. If achieving
Jan 26, 2018    0 Comments
Load more
Shop