There is no filmmaker whose work I have a harder time describing than Paul Thomas Anderson’s. Arguably the greatest American director working today, Anderson has always been able to imbue his films with a kind of intangible quality, and in recent years with titles like The Master, There Will Be Blood, and Inherent Vice, he has been moving closer and closer towards the kind of deeply intuitive filmmaking that very few other directors have ever been able to reach. By abandoning conventional storytelling techniques and language, Anderson has been able to create some of the most densely layered and rich films that American cinema has ever seen.

Now, with his latest directorial effort, Phantom Thread, Anderson seems to have reached the pinnacle of his technical prowess, in such a way that the film’s craftsmanship is of such pristine quality it becomes almost invisible.

Then again, one could only hope that would be the case: Phantom Thread is also currently being touted as Daniel Day Lewis’s final film. Indeed, not only is it the long-awaited second collaboration between Anderson and Day Lewis, following their masterful work together on There Will Be Blood, but it’s also looking more and more likely to be their final time working together. Of course, this is not the first time that Day Lewis has talked about or even gone through with retiring in his career, but if Phantom Thread should actually be the actor’s swan song to the film medium, then what a magnificent one it is.

The celebrated performer leads the film among an ensemble of mostly other unknown or veteran character actors, in a period piece set in the couture fashion world of 1950s London. It’s a setting we’re introduced to immediately through the eyes and daily routine of Day Lewis’s character, Reynolds Woodcock, an aging fashion designer who spends his time crafting new, impeccable clothes for his long list of high-paying customers and sometimes even for royal families.

But while Woodcock’s life as a fashion designer could not be going better, his personal life is one of quiet turmoil. Whether that be in regards to his overly co-dependent relationship with his sister, Cyril (a commanding Lesley Manville), or the long line of women whom he charms and briefly falls in love with before moving on from them without a second thought. All of that looks as though it may change, however, when Woodcock crosses paths with Alma (Vicky Krieps), a strong-minded waitress who finds herself quickly sucked into Woodcock’s world before she even has a chance to get her bearings.

What follows is a gothic romance that sometimes feels evocative of films like Alfred Hitchcock’s Vertigo, but which never loses its own singular, unique quality. And as Woodcock’s obsessive nature spills over into his relationship with Vicky, it begins to infect them both in unexpected and sometimes startlingly emotional ways. As with all of his films, Anderson manages to suck you into Phantom Thread’s world in such an all-encompassing way, so that the various twists and turns that Woodcock and Alma’s relationship take feel increasingly more chaotic and unexpected, whether they are actually growing in severity or not.

Some of that credit must be given to Anderson’s script for the film, which is laden with so many period details that it feels as though you have been pulled right into the film’s couture fashion scene. At the same time, the film’s visuals are hypnotic and beautiful in equal measure, luring you further in with Anderson’s signature long tracking shots, unconventional angles, and, often drawn out mid-conversation silences.

But more than anything else, Anderson proves himself to be an actor’s director in a way that few other filmmakers working today—let alone in all of history—can claim to be. After working with Day-Lewis to craft one of the most over-the-top and terrifying characters of all time in There Will Be Blood, the two have taken a much more subtle and quieter approach to Reynolds Woodcock here. He feels just as much lived-in as any of Day-Lewis’s other roles, and yet he spends most of the film sharing the screen with both Manville and Krieps in a way that not only highlights his proven skills as an actor, but which also allows all of his other co-stars to shine.

It’s because of the quieter nature of both Woodcock, and the film as a whole, that those who go into Phantom Thread expecting it to be some kind of close relative to There Will Be Blood will likely be disappointed. That’s not the least bit surprising, though, considering just how well Anderson has been able to avoid repeating himself, with Phantom Thread being at times one of his most romantic, disturbing, and emotional pieces of work to date.

Right now, my score for the film is just shy of being perfect, mostly because of some beats and exchanges in the film’s final act that I’m still trying to decide how I feel about. And yet, the fact that I’m still thinking about such little moments from Phantom Thread, several weeks after having seen it for the first time, is just further proof of the long-term effects that I’ve already come to expect from all of Paul Thomas Anderson’s films. As such, I imagine my score and love for Phantom Thread will only continue to grow and increase as time goes on. That’s saying a lot too, since I already consider it to be one of the best of the year.

Phantom Thread is set to hit theaters on December 25th. 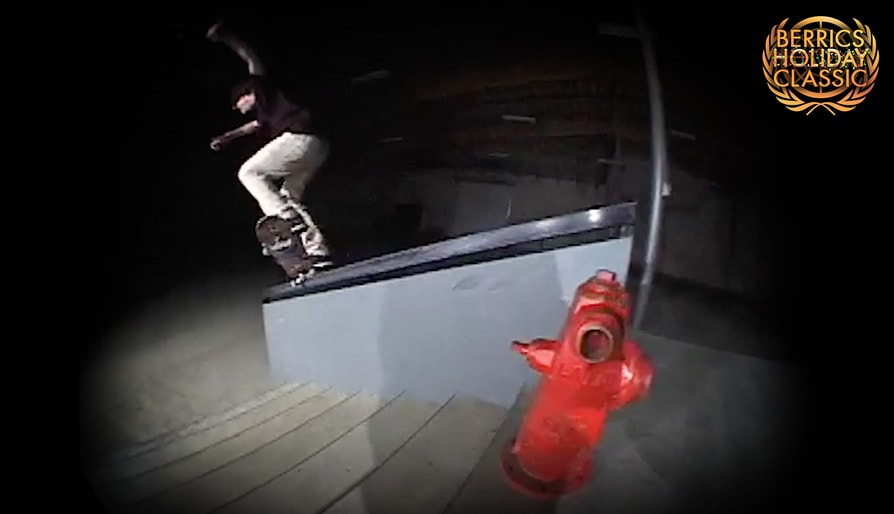 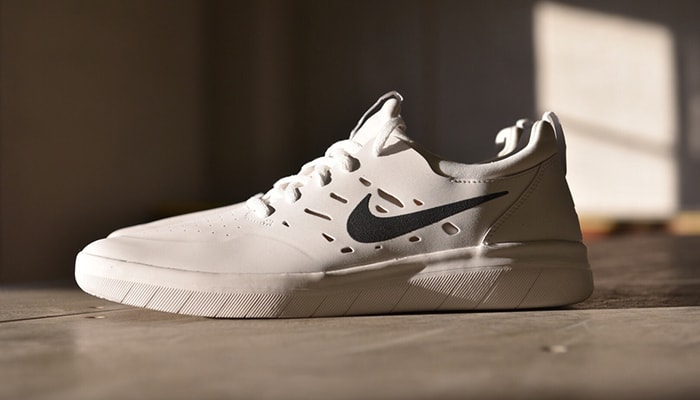 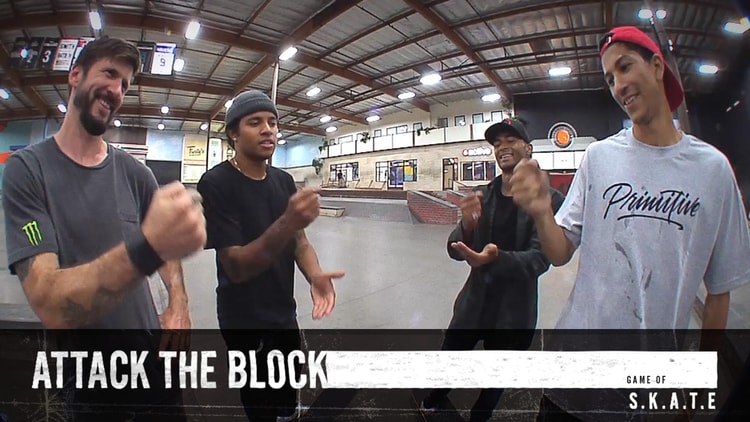 This is what happens when a friendly game of S.K.A.T.E. develops more of an edge. Cole, Gustavo, Fynn, and Tucker really know the ledge.
Dec 6, 2017    0 Comments 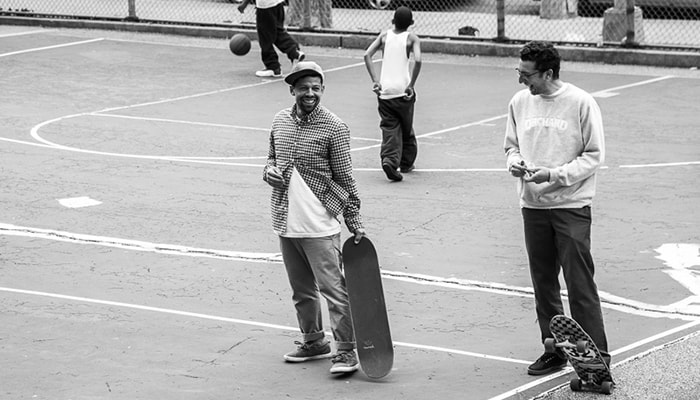 In honor of the release of his raw tapes on Theories of Atlantis, we caught up with Jeremy Elkin for an exclusive interview.
Dec 6, 2017    0 Comments 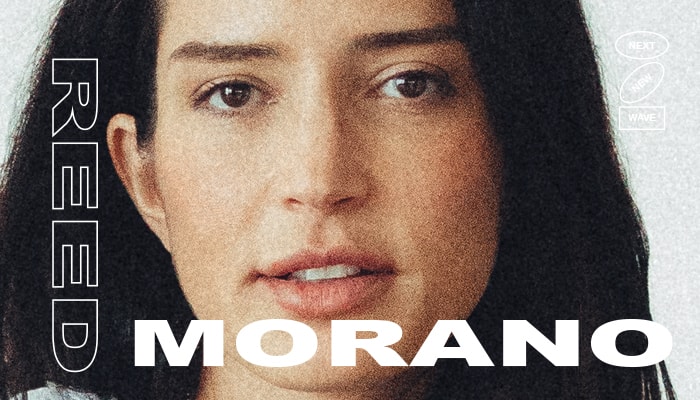 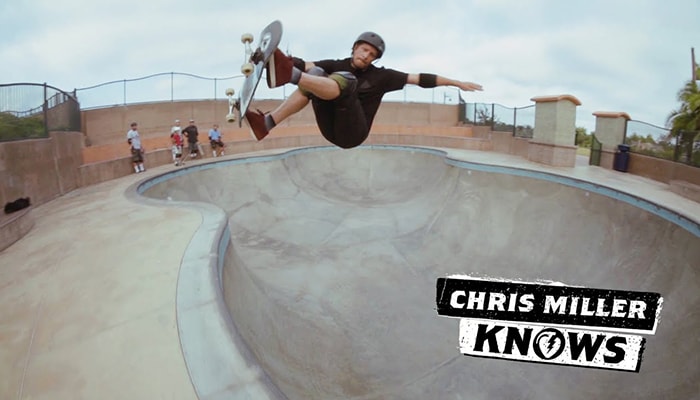 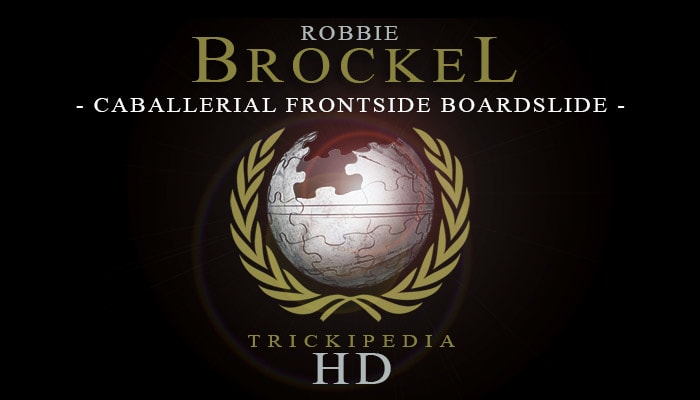 Trickipedia is not a “trick tips” section, but that doesn’t mean you’re not going to learn. Trickipedia is the general education page for skateboarding tricks started by The Berrics so...
Dec 5, 2017    0 Comments
Load more
Shop