For years, skateboarding has collectively complained about the lack of skateboarding emojis. It seemed like just about every other activity imaginable was represented. Why not skateboarding? After all, emojis are a part of daily life. They make it possible to communicate thoughts and actions with just a single keystroke. And with skaters constantly being on the go, we probably use emojis more than anyone. Kaleb Jones wondered the same thing. But instead of complaining about it, he took action and developed Bit Skate Emoji—the world’s first skate emoji app. What started as an idea at his local park is now available for purchase in the App Store. We rang up Kaleb to find out exactly how it all went down.

Start by telling us a little bit about yourself. You’re from South Carolina, correct?

I’m actually from North Carolina. But I moved to South Carolina a few years ago. I’m from Hickory, North Carolina—which is about 45 minutes from Charlotte. It’s pretty close to the mountains. It’s a super small place. I was born and raised there. I went to Canada one summer because that’s where my dad lives. I used to play ice hockey growing up. I saw these kids riding skateboards. I was like 15, and I thought it looked super cool. I asked my mom for one for Christmas, and she got me a Kerry Getz Habitat, some lime green Krux, and the Andrew Reynolds Emerica 3s. I started skating, and just fell in love with it. It was super fun to do, and it kept me out of trouble. I just continued to keep skating. I didn’t know anything about getting sponsored or contests. I just practiced and kept trying to get better. To this day, I still love it just as much as the first day that I picked it up.

How did the Bit Skate Emoji app come about? Were you making apps before this one?

Nah, I didn’t develop the app personally. I actually got an outside developer to develop the whole thing for me. We found a guy who had worked for Apple for like 25 years.

So how did you decide to embark on having this app made and bringing it into the world?

I’ve had this idea for a couple of years now. Everybody’s been talking about there not being skate emojis. I figured somebody would end up doing it by now. One day I was at the skatepark thinking about it. I was going to Agenda in Long Beach, and I reached out to this guy that knew a developer. I told him about what I wanted to do, and made him sign a non-disclosure agreement. Then, I reached out to Steve Berra and told him that I had an amazing idea that I wanted him to hear. I never thought he would actually call me. But he did, and I told him about it. He thought it was amazing and wanted to know what The Berrics could do to help.

After that I reached out to Karl Watson and told him I had an idea that I wanted to talk to him about at Agenda. I told him about it, and he was really supportive, but also unsure if I would actually make it happen. Then, I hit my up my friends Chris and Ronnie, and we all got together and came up with a plan. We put our money together and paid the developer. And I pretty much walked the developer through it from scratch. It was a super long process. I never thought it was going to end.

How did you go about creating all of the images and putting them together in the app?

My friend Chris is a graphic designer. I told him what I wanted, and asked if he could create an emoji. The first emoji that we did was just a guy pushing. I never thought he would make it as good as he did. As soon as I saw it, I knew people were going to love it. So I had him try some other tricks. He sent me images for a whole list of tricks, and I told him which ones I liked. We have even more emojis that we’ll be releasing in updates. From there, I told him how I wanted it. We added skin tones. That was important to me because when you go the skatepark, it’s like a family. And there’s all types of different races. There’s grownups. There’s kids. I wanted to include all of that.

How big of an investment is it to have an app built from scratch? To me, it sounds like something that’s really expensive. But you guys were able to self-finance this project.

Most corporate developers start at anywhere between $100,000 to $1,000,000 USD depending on how big your app is going to be. Luckily the developer that we worked with didn’t charge us a crazy amount of money. Altogether, it was maybe $20,000 USD.

Once the app is built and working how you want it, what’s the process for getting it in the App Store where it’s available for purchase?

Once you start building the app, you have this thing called Test Flight that allows everyone involved to test it. You do that for a couple of months to make sure that you don’t have any bugs, and don’t want to change anything. After the app is completely finished and you and the developer are confident with it, you have to submit it to Apple. Usually it takes anywhere between three days to a couple of weeks for Apple to review your app. You have to go through that process. For them to approve it to be in the store is a dream come true because they don’t approve just every app. It has to be something that is good for them, and that people are going to use. They actually approved our app in three hours, which is mind-blowing.

So the app is available now?

Yeah, it’s available worldwide. So people can go and get it. Its’ $1.99 USD—which I feel is a great deal. The only reason we charged is because if you don’t, you have to run ads on your app. I didn’t want to have a crazy amount of ads running up and down on my app because people probably would want to use it.

Are you able to see the response as far as how many downloads, comments, and things like that it has gotten?

It doesn’t show the downloads exactly. But it shows the amount of units that are sold and the reviews. When we submitted it to the App Store, we had no ratings. Right now, we’re a five-star app. We were [ranked] at 76 in the Google Play Store. But now we’re at 19. So it’s definitely moving.

“I got sick and tired of texting my friends, ‘Hey you wanna go skate?’”

It sounds like you’re getting a really good response, which is awesome. What’s next in the evolution of this project?

I think we’re going to do updates every six months. And we’re going to add more emojis. For the future, we’re working with a company that is licensed by Unicode so our emojis will be native to Instagram. Once that happens it’s going to be amazing.

Yeah, you can use it in text messages, and Instagram messages and comments.

What advice would you give to someone that has an idea and wants to pursue it, but doesn’t know how to go about it or aren’t sure that they can do it?

Never give up on your dream. If you have a dream, go out there and make it a reality. Don’t wait around for someone to tell you no. If you need to get a job and put some money aside to finance it, then do it. It definitely takes a whole group of people to be successful with it. But I just had that mindset. I wanted to do something for skateboarding. I got sick and tired of texting my friends, “Hey you wanna go skate?” I wanted to have something easier in my phone that I could use. Like instead of saying, “Hey, you wanna go stack some clips this weekend?” I can just send the filmer emoji with a question mark. And they can be like, “Fuck yeah, I’m down!”

Bit Skate Emoji is available for download now on the App Store and coming soon to the Google Play Store for Android phones!

Matlok Bennett-Jones delivers some amazing bangers to cap off a great year for the Australian brand.
Dec 13, 2022    0 Comments 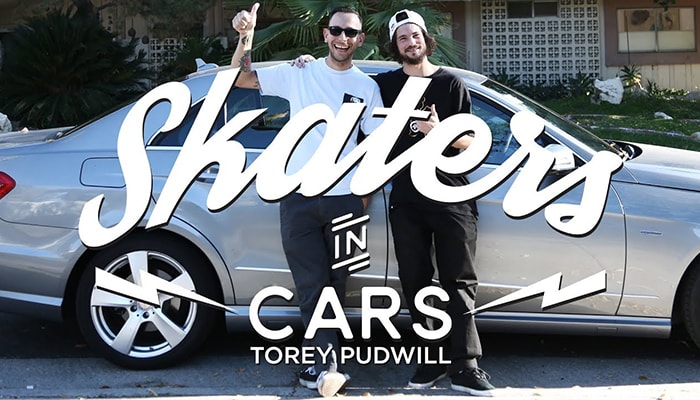 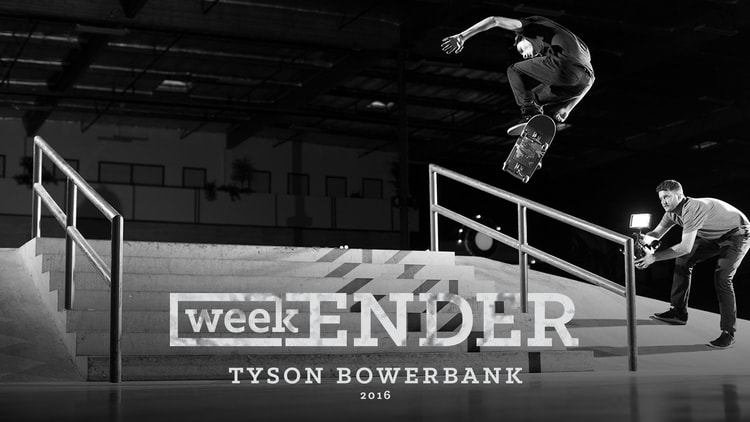 To hit the hip over the seven-stair rail, you really need to haul ass, diagonally, and then pop with all your might. Now, try doing that in the dark. Tyson capped off his 2016 Recruit by shooting...
Mar 9, 2018    0 Comments 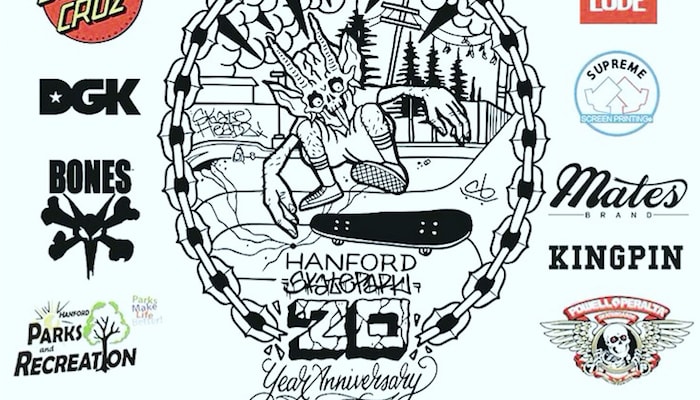 For Hanford Skatepark’s 20th anniversary, Hanford Parks and Rec is putting on 3 best trick contests at the park. But wait… there’s more! There will be ice cream and an after party at F...
Mar 9, 2018    0 Comments 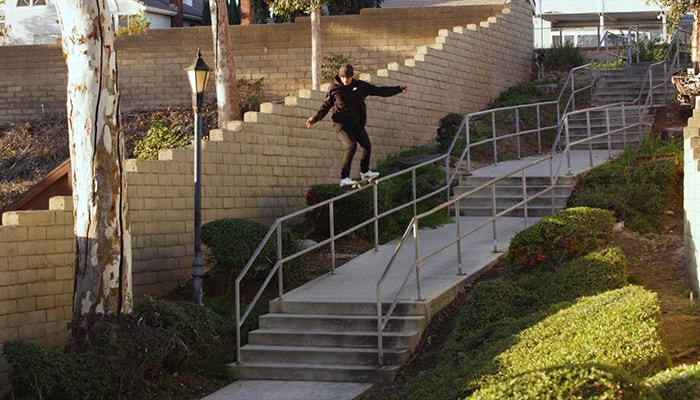 NYJAH HUSTON — Behind the Ad

Nyjah walks us through his approach to the kinked rail from his Nike SB ad.
Mar 9, 2018    0 Comments 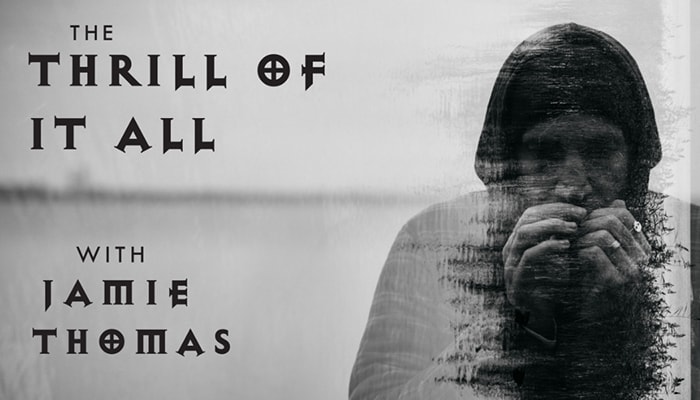 JAMIE THOMAS — The Thrill of It All 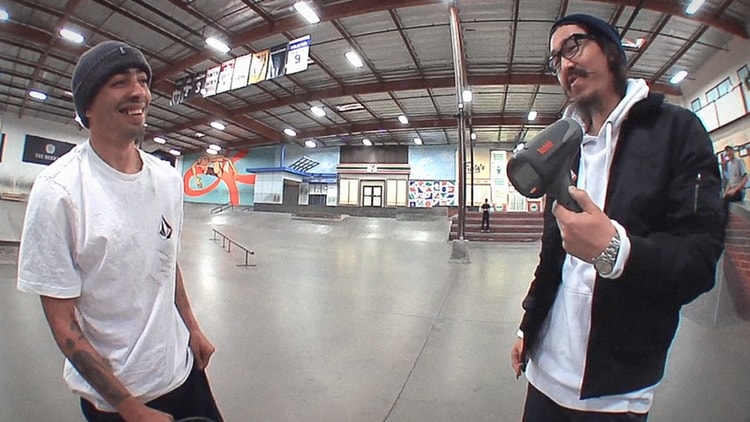 It’s time to break out our trusty radar gun and find out, once and for all: How fast can Milton Martinez frontside flip?! (We’re gonna need a bigger quarterpipe.)
Mar 8, 2018    0 Comments 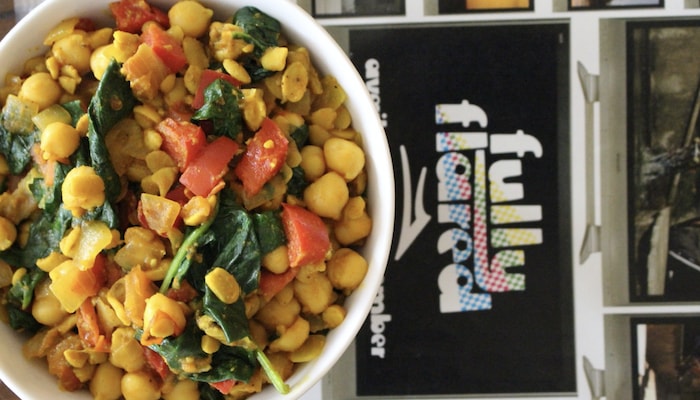 Introduce turmeric, a tasty inflammation reducer, into your diet and say goodbye to that familiar “flare” sensation that comes with years of a constant, strenuous skate life. This PSA...
Mar 8, 2018    0 Comments
Load more
Shop