When Corey Duffel set out to film “Downtown Lights,” he just wanted to capture that unbeatable feeling of cruising in the dead of night with no distractions (except for the odd creepy shadow). Not only did homeboy succeed, he managed to get it all in one night! Filmed and edited by Taylor Morgan, this is Duffman la nuit: not a care in the world; a sort of East Bay Mothman.

Check out Duffel in another nighttime masterpiece, his Off The Grid with Cairo Foster, below:

Adored, a tribute to every artistic pursuit that has inspired Duffel’s skateboarding over the years, launches a limited run of boards tomorrow morning.
Mar 11, 2021    0 Comments 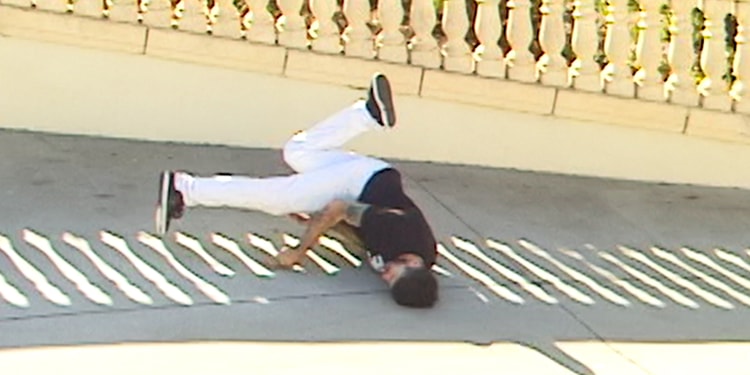 Chris Cobra Cole is a merry old soul… but some days can be a real bitch. He walks us through the litany of his absolute worst bone-crunching slams (Board Polo shinners not included) in the latest...
Sep 26, 2019    0 Comments
Skateboarding

In “What Really Happens At a Skate Contest,” the brand presents worst case scenarios from every conceivable angle.
Sep 26, 2019    0 Comments
Entertainment

The aspiring pugilist delivers a knockout of an interview.
Sep 26, 2019    0 Comments
Skateboarding

SG&BP offers a penne for your thoughts with this vegan ode to the classic puffy shoes of yore.
Sep 26, 2019    0 Comments
Load more
Shop