Film is synonymous with slappys, and The Berrics have been known to dabble in the art of the slappy over the years as well. Watch some of our low-pro projects, and some of our videos with Film rider Ben Koppl, below:

Grant Yansura has outdone himself with this ‘American Psycho’ homage.
Dec 15, 2020    0 Comments 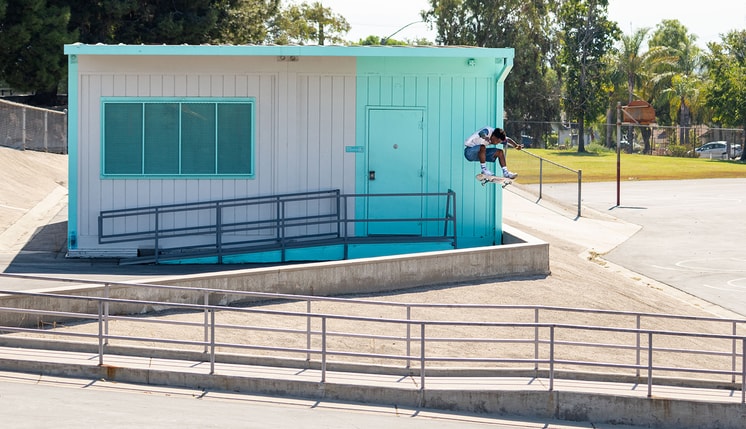 You can’t beat a good pop shuv, and Ryan Carrell’s beastly bump-to-bar-to-bank banger in San Bernardino is one of the best we’ve ever seen.
Dec 15, 2020    0 Comments
Skateboarding

Kevin Wilkins, one of the greatest reporters in the history of skateboarding, has been diagnosed with prostate cancer.
Dec 14, 2020    0 Comments
Product

Just in time for the holidays, The Canteen will be stocking limited edition Nike SB drops, including the Cliver Dunk (above), and Berrics-branded merch!
Dec 14, 2020    0 Comments
Skateboarding

Zion Wright Gets Behind The Wheel With Bronson’s Ceramic Bearings

One of our favorite videographers gets down to the nitty gritty about his filming pet peeves with The Nine Club.
Dec 14, 2020    0 Comments
Load more
Shop