If you started skateboarding around 2000, there’s a good chance your first primer was none other than Transworld Skateboarding’s *Starting Point *[1997], which featured 20 beginner trick tips from the eternal god of pop, Jeremy Wray. Not to editorialize, but there’s no better way to give beginning skateboarders an inferiority complex than to have Jeremy Wray teach them to kickflip by popping one effortlessly over a fire hydrant.

Among those 20 tricks in Starting Point was the rock fakie. As skateboarders, we learn from an early age that the je ne sais quoi that elevates skateboarding to a creature of beauty is not merely derived from the trick that’s being executed, but also in large part from how it’s being executed. Watch any Trickipedia video and you’ll agree: it’s not just the basic steps to a nollie flip that make Davis Torgerson’s skills worthy of considerable praise; it’s the sizable pop, the tweak and the way his upper body stays still while his legs work the magic of a veteran Riverdance cast member. However you want to put it, it’s clear that in skateboarding style matters.

This is especially true of more basic lip tricks, including, this recipe’s namesake, the rock fakie.  While the rock fakie is among the easier tricks to learn, it can also be tweaked into one of the most stylish. The variations on the rock fakie are as numerous and different as the circumstances surrounding green eggs and ham (Would you like it on the vert? Maybe filmed by Daniel (Harold) Sturt? Do you want to tap the deck? Do you want to turn your neck?). Indeed, watch a dozen different skaters do a rock fakie (make sure one of those skaters is Brent Atchley) and you’ll get a dozen different styles.

The same can be said of guacamole. If you go to a dozen different restaurants, you’ll get a dozen different guacamoles. The basic ingredient is not hard to figure out (hint: starts with “a”, ends in “vocado”). But it’s not just mashed avocado that makes a good guac; it’s the flare—the onions, the peppers, the garlic, etc  Like the raised back heel on a rock fakie, it’s the personality that makes a good guacamole memorable (would you like it as a spread? Chunky as a dip instead?).

Avocado’s praises are well known. Avocados are incredibly nutrient-dense, containing high volumes of important vitamins and minerals and more potassium than bananas (keep those legs moving); they are also high in monounsaturated fatty acids—i.e., the good kind of fats—and can help you absorb nutrients from other foods. Furthermore, adding avocado to the diet has been shown to reduce inflammation. In addition to all the benefits of avocados, this Guac Fakie adds some extra soy protein for the worn-out skater. While some studies have suggested that modified soy products (like veggie “meats”) should be enjoyed in moderation, minimally-modified soy products, like edamame, are a great, heart-healthy way to add a little more fiber and protein to your diet (if you’re concerned about cancer, man-boobs and other misconceptions about soy, I would encourage you to read up here, as well as do a little of your own independent research). Add that in with some spicy jalapeño and serrano peppers, red pepper, tomato, garlic, and lemon, and you’ve got a flavorful, higher-protein guacamole. Scoop it up with some homemade baked plantains and it’s even better.

If you’re new to picking out and cutting the perfect avocado, here’s my attempt at being as helpful as Transworld’s Starting Point: A ripe avocado should give just a little when pressed lightly with your finger (like a Powell flight deck getting run over by a van). If it doesn’t give at all and feels too firm, it’s not ripe yet; conversely if it feels mushy or the skin breaks, it’s past ripe (as a general rule, if it’s still green, it’s not ripe yet, so you can save some time by creepily fondling only the brown/black ones at the store). If your store only has unripe avocados, you can speed the ripening process by putting them in a brown paper bag, rolling the top shut, and leaving it a day or two or until they are dark and malleable. Adding a banana or a cup of regular flour into the bag can speed this up even further process by increasing the ethylene gas release—just be sure to check on it a couple of times a day to ensure it doesn’t turn to mush.

Once you have your ripe avocado, cutting it is easy, as shown by the pictures below: first, locate the stem at the top and start cutting vertically from the top all the way down the side, under the bottom and right back up the other side until your knife meets at the stem where it started. No need to dig the knife in hard when you’re cutting—once you hit the pit, just start working your way down, around the underside and back up to the top. Twist the avocado and pull it in half.

To remove the pit, place the avocado on a cutting board with the pit facing up. While keeping your other hand AWAY from the avocado, whack your knife right into the pit so that the knife goes in a few millimeters. You don’t have to get super aggressive like the guy from the beginning of Lewis Marnell’s Almost 5-Incher part (“Put the knife down!”); a simple flick of the wrist should be sufficient. Once the knife is lodged in the pit, simply twist the knife and the pit should come right out with it. Next, take a spoon and edge around the sides of the avocado halves until you separate it and can scoop it out. Remove any dark spots and you’re good to go!

If you haven’t peeled a plantain before, it’s not quite the same as peeling a banana. To peel the plantain, first cut off the ends (no more than an inch each side) so that you can see the plantain inside. Make an incision on the end so as to cut through the peel while leaving the inside flesh as untouched as possible, and carry that incision lengthwise down to the other side. Repeat twice more on other sides of the plantain and simply strip off the individual peel slices.

Now that you have your avocado and unsheathed plantains, let’s learn some guac fakies.

To store both the guacamole and any leftover avocado, you’ll get best results with an opaque container in the fridge. Avocados are very sensitive to light, so the darker the container, the more effective the storage will be. 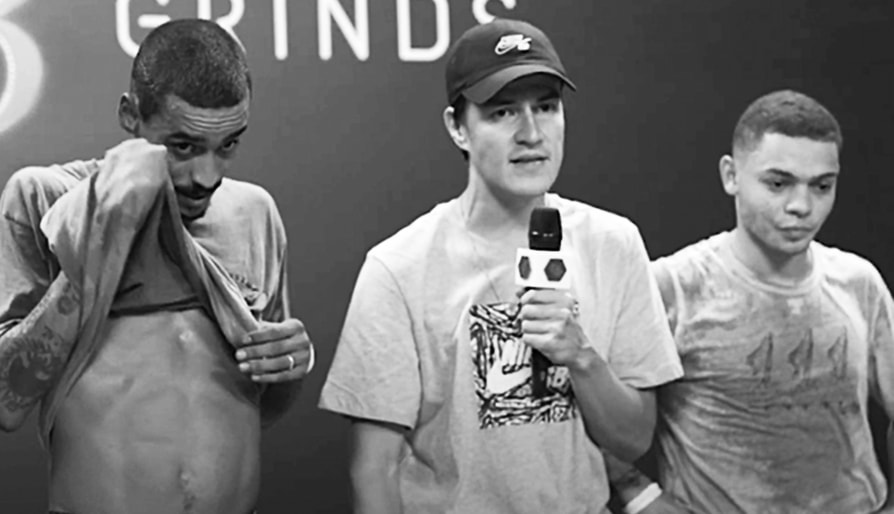 One of these men will be competing in the finals!
Jun 4, 2020    0 Comments
Skateboarding

Jeff Pang will be running the new location, which features original Gonz artwork and a wooden bowl.
Oct 3, 2017    0 Comments 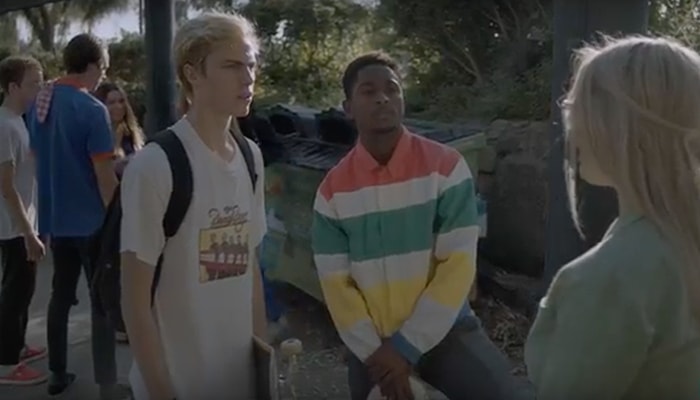 Griffin Gass sets it off for The Royal Loyal.
Oct 3, 2017    0 Comments
Skateboarding

INDEPENDENT TRUCKS — Blow’n Up the Spot 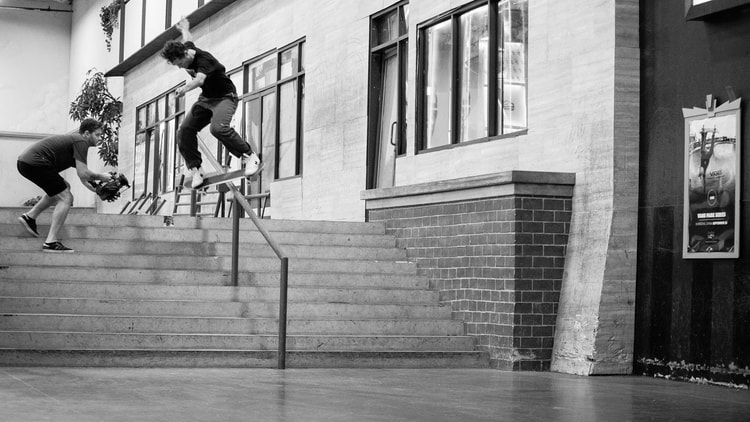 SATURDAYS IN THE PARK — With Birdhouse

Birdhouse turned Shawn Hale pro this week. This is what it looks like when the team celebrates.
Oct 3, 2017    0 Comments 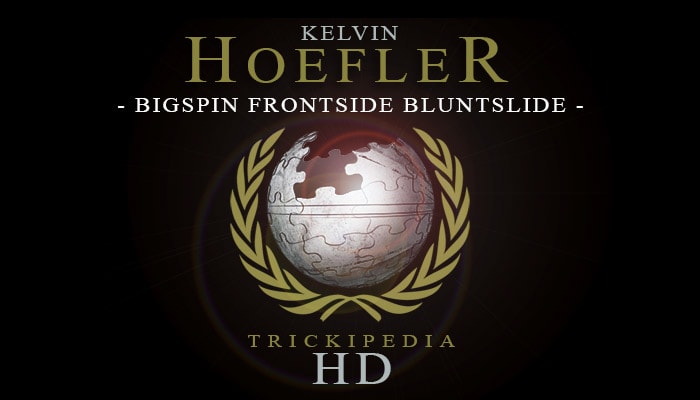 Trickipedia is not a “trick tips” section, but that doesn’t mean you’re not going to learn. Trickipedia is the general education page for skateboarding tricks started by The Berrics so...
Oct 3, 2017    0 Comments 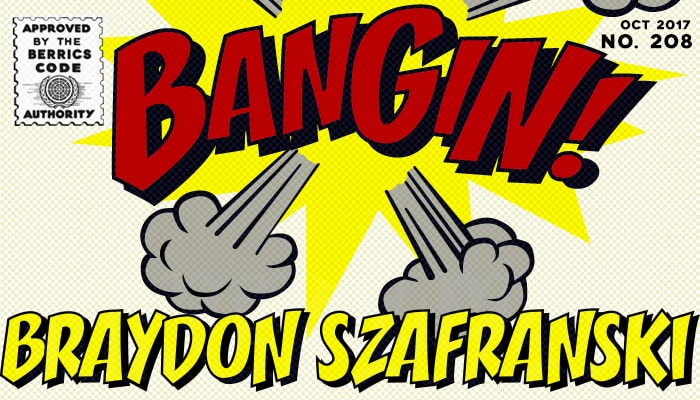 If you thought that last year’s Halloween part was maximum Braydon, wait ’til you see the spooky shit he does in this Bangin.
Oct 2, 2017    0 Comments
Load more
Shop