Nicholas Maher‘s ‘You And The Thing That You Love’ is short documentary about Nick Mullins, an incredible skater with a unique story. Shot by two strangers on weekends, across three states over two years, this is a story about choices, grit, courage, determination, desperation, and struggle. Of losing your everything and the fight to get it back. Mullins hopes that his film will “inspire you to grab your life like a lemon and squeeze every last passion filled drop out of it!”

Steve Berra recently sat down with Maher to get a better idea of how this project came to be and what inspires him to be a storyteller. Here are Berra’s 10 questions, and Maher’s 10 answers:

1. Nicholas, who are you? Where do you live? What is your background with filmmaking?

I more or less kind of stumbled into filmmaking and editing, to be honest. I used to work at a recording studio as a teenager and was focused on studying music, but the studio also provided some video services and I kind of got roped into editing when I wasn’t assisting on recording sessions. I loved it. Everything I knew about music I could use in editing, and then eventually filming. The timing, pacing of things, arcs, resolution, delivery, everything. I loved it all.

A young Nick Mullins, from ‘You And The Thing That You Love’

2. How did you meet Nick Mullins?

I came across a newspaper article about Nick when I was at work one day. I was so drawn to the little bit I was able to learn about his story and did everything I could to get in contact with him. I basically sent emails and phone calls to every name listed in that article, and eventually one of his friends gave me his cell phone number, which is way more than I expected. The first time we chatted on the phone we chopped it up for like 2 hours or something. He felt like an old friend to me. It’s funny, I think we crossed paths at just the right time. We were both looking to make something and be a part of something bigger. I probably needed him more than he needed me, but I’m so grateful for it all. The friendship, his story, the journey, everything.

3. What approach did you take to making this film and how long did it take you to make?

Honestly I just let Nick’s story dictate the visuals. That was the most important part. I didn’t want to fit anything of his into something I had planned or was thinking about. All the visuals and shots were built around his dialogue. It took me forever to do—two years. I was in Detroit at the time, working full time and driving down to Ohio on the weekends to visit Nick and to shoot a little bit at a time. After I moved to Chicago there were times when I’d drive 10 hours in a day to Bowling Green [Kentucky] and back just to get a little bit of filming done with him. It was wild, but we never wavered. I think we both felt that we were doing something potentially really special together.

Nick Mullins, filmed by Nicholas Maher, from ‘You And The Thing That You Love’

4. Is there anything about the skateboarding culture that you find parallels with what you do in making films?

Perfection. If I know I can do a shot better, or write a better score or do anything better I won’t stop until it’s perfect. That reminds me of skating as a kid and never being satisfied with a trick unless it was perfect. If the landing was sketchy or a hand hit the ground it was basically as if I didn’t even do it. Thinking about this now I think that those two things are in lock. The desire to make it as good as you possibly can.

5. Who are you influences as a filmmaker?

Man, I love my guy Mac Premo out of Brooklyn. He changed the way I viewed storytelling and this idea that “films” should be delivered a certain way. His use of multimedia and using whatever he could to support a story arc was fresh as hell. I’m a huge Radiolab guy, too. Their approach to storytelling has heavily influenced my decisions with sound design and as an editor.

6. Can you tell me the biggest challenges to making this film?

Time & money. I don’t think Nick knows this but I spent most of my savings on this film. I would do it a thousand times over, too. Wouldn’t change a thing. It was just difficult living in different states trying to find time to get together to do things. It was all a huge puzzle; we’d basically shoot pieces of this here, parts for this sequence there, and just throw it all on the table and figure out how it all went together. The shit was crazy; huge challenge, for sure. I’m sure at some point he was wondering what the fuck we were doing. I mean, I couldn’t show him progress on the film—he just had to trust me completely that I sort of knew what I was doing.

7. How many cuts did you make before you decided on this one? Who was there by your side helping you guide the film? Do you have anyone you like to bounce stuff off of and have them look at, or is just you in a dark room editing and coming out with brilliance?

Oh man, I went through so many versions of this piece. I couldn’t stop tweaking, which is something I’m always torn about. After awhile on most pieces you become numb to the story because you’ve seen it so many times, and you don’t really know why you’re tweaking stuff. But with Nick that never happened. I like to  think I always had a gauge for the feeling of the piece of the emotion of it. I never lost that because he is such an incredible spirit and I wanted to do right by him and deliver a film that let other people see this amazing person. I’d show close friends where I was with the edit throughout the process, but most of the time I was just that maniac in a dark room hunched over a desk, chopping away.

8. Where are you living now?

9. What your ambitions beyond this film? I thought it was truly extraordinary and I would absolutely LOVE to see you do more films.

I really don’t know, I always need to have something I can work on so I’m just keeping my eyes open for the next story. For two years this film has been my life so it feels strange to not be working on it, but it needed to get out there. Bittersweet to let it go, for sure.

10. Are human interest stories something you want to continue to explore, and if so, what story do you want to tell? Do you want to do doc pieces like this or do you want also move into some more traditional narrative films and tv shows? Where do you see filmmaking going? Where would you like for it to go?

I respect this shit out of anyone who takes on any type of film, or tv show or whatever. That takes guts, it takes patience, and it takes heart. That said I think I’m a doc guy. I love the human spirit. People are really special sometimes. I also think documentaries have this perception that they’re just sit-down interviews and handheld footage with some b-roll. I want to challenge that. There’s no reason we can’t get creative with how we tell a true story, you know?

See more of Maher’s work on his Vimeo page. 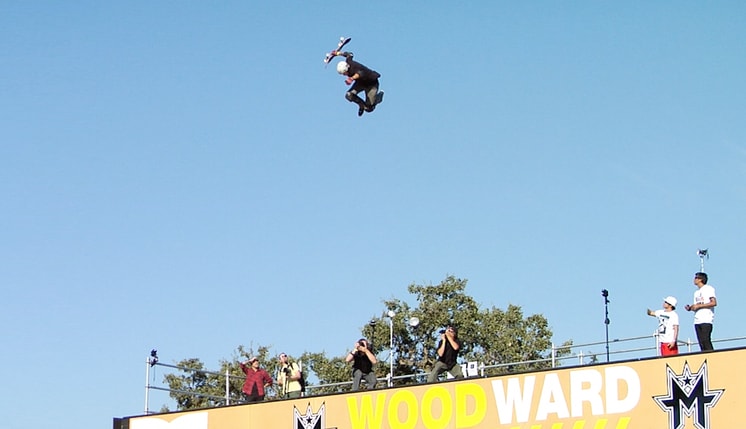