In the early ‘90s, Think Skateboards released a graphic called Missing Children that was a parody of milk cartons from that era with pictures of kids that the authorities were unable to locate. It featured Nick Lockman, Karl Watson, Sam Smyth, and Shawn Mandoli, and was meant to symbolize a new generation of young amateurs that were destined to leave their mark on skateboarding. It was totally true! All would go on to play significant roles in the industry.

25 years later, Lockman and Watson have reunited to introduce the world to the next generation of superstars. Their company, Maxallure was unveiled earlier this month to a very warm reception from skateboarding. As it embarks on its journey to greatness—which includes a newly-formed partnership with Baker Boys Distribution—we wanted to talk to Nick and Karl about how it came together and what we can expect from them going forward.

Most people know you as being the former brand manager for DGK. What was the timeline for you leaving Kayo to starting Maxallure?

I was at DGK since the beginning. I was there for almost fifteen years. It came to a point when it was time for me to move on. Karl and I coming together was just natural. We both wanted to do the same thing. We just didn’t really have the resources to do it. Once we figured that part of it out, we made it happen.

How did you come up with the name and product design?

Karl came up with the name Maxallure, which I was super stoked on. For the boards, we kind of just wanted to make what the team is riding. They like plain clean graphics. A lot of them were spray painting their boards fun colors. So we kind of just ran with that idea—just doing something clean and simple, but done in a good way.

What were the steps that you went through from first deciding to do the company to dropping the first round of product?

We’ve been working on it for months. It’s more about getting a few different drops ready. Our plan is to drop new product every other month, and each drop will have its own story. The first drop was about the starting point of the brand. The next drop will have a different theme, and so on. It took a few months to get the design ideas going. Then, we sampled some boards for the team. They were stoked on the wood and the look. So we kind of just said let’s go, and set a date to release it. We launched the product, Instagram, and website on March 5.

What’s your distribution structure going to be like? Are you focusing more on online, skate shops, or both?

We’re definitely concentrating on both. We want the shops to be hyped. Nowadays, kids naturally go to the website and buy product. That is what it is. But we don’t want to forget about the shops.

What sort of response have you been getting from people so far?

People are hyped. They’re hyped on the team—Lil Dre, Marcello, Jonathan, De Marquis, and Tafari. People were wondering who they were going to end up skating for. Once they found out that they were on Maxallure, they were hyped on that. Then, they saw the boards and were stoked. We launched it and got a really good response.

With you being located down in San Diego and Karl being located up in the Bay Area, where is Maxallure drawing its influence from?

We’re not really going to dial into one location. Obviously, Dre, Tafari, and Jonathan are from San Francisco, so the Bay is definitely going to be in the mix. But that’s why we wanted to hook up Marcello from New York and De Marquis in LA, just to spread it out. And we want to hook up more dudes, too. It’s not going to be a regional thing.

Is Karl going to have a board? And do you see yourself adding existing pros, or creating a team of ams and bringing them up to pro level?

Karl isn’t going to have a pro model out, per se, but we are going to have some cool limited drops with him. And for the team, we don’t plan on stealing anybody. We want to build up the team that we have. That’s kind of what Maxallure is going to be all about—building up new dudes. Karl is really good with having an eye for new talent. The dude was the first to hook up Nyjah Huston, Zion, Miles Silvas, etc. Karl has a crazy good track record. So we want to have that translate to Maxallure. We want to tell that story—the eye that Karl has for picking a team. Instead of grabbing dudes that people already know, it’s about hooking up dudes that people don’t know and blowing them up.

Are you guys going to work on a video or just keep going with Instagram clips? Where will we be seeing footage through the rest of this year and into 2019?

Obviously, we’ll keep going with Instagram. But we have a cool idea, and want to do a short video. I can’t say too much about it yet, but I think people are going to be pretty stoked on it.

Are you working with a particular artist on your graphics?

Right now, we’ve been working with freelance artists. The goal was to have each drop have its own look so we’re not stuck with just one. That’s what I like about using different artists for each drop. But for the long term, we’ll probably end up working with the same few artists. But right now, we’re kind of just having fun and reaching out to friends and family and getting shit done with them.

What was the progression from the end of Organika to the start of Maxallure?

It was a long road. I wanted to be patient and let Organika go to rest. I didn’t want to hop into something new too quick. I am Organikarl after all. My energy was so connected to the brand that I had to give it some time to clear the air so that I could start off fresh. Now is the right time.

You came up with the name Maxallure. Where did the name come from, and what’s its significance to you?

It stems from anything that’s beautiful and alluring. Skateboarding is definitely a beautiful thing. Especially when somebody has style and expresses themselves well. They have maximum allure. That’s when people stop, watch, form crowds, and shoot photos. It’s because what we do is beautiful. It’s pretty much an ode to skateboarding and its beauty.

At what point did you and Nick form your partnership in the brand?

Nick and I had wanted to do something together for a while. We know a lot of people, and the opportunity was there. But Nick was very comfortable at DGK and didn’t want to leave. So we waited until it was the right time and came together. Literally, the stars aligned and we were ready to go. Now it’s grind time. We work together really well. Nick and I are childhood friends, that helps a lot. I’m just super stoked that it’s a possibility to work with one of my best friends.

You’re known to have an eye for talent. Tell us about the team, and how you went about hand-picking these guys.

Maxallure is different from every other team to be honest. It wasn’t like I hand-picked these guys. This is literally a family affair. Nick Lockman is the person that got me into skating a long time ago. I kept it going, met Tafari’s mother, and got him his first skateboard when he was three years old; he continued with it. Then, Tafari got Lil Dre his first skateboard. So it’s like a cycle. Jonathan Perez was my neighbor. One day I saw him and another friend at a bus stop with some janky boards, so I circled around and brought them both brand new skateboards. So there’s history here, and a family connection. Then with De Marquis and Marcello, we needed some people that were outside of the Bay Area that had the same energy and creativity when it comes to style. So I had my eye on those guys, and have been talking to them for over a year now. I’m really happy that we could finally do something all together. Everybody gets along well, and we’ve got a lot of amazing plans for the future.

Why didn’t you want to give yourself a pro board?

I do want a pro board. But I really want Maxallure to be a platform for our team to shine. I’ll have boards here and there. But I just want them to shine.

And there’s a short video project in the works.

Absolutely, we already have plans for signings and tours. With that comes videos, of course. There’s a few projects that we have in the works. One is really amazing. I think it will be groundbreaking for the industry and everybody will appreciate it. It’s just very different, and very unique. I’m super excited to share it with the world.

When can we expect to see this project?

I’d say after summer, around Holiday ’18.

You’ve been on a lot of trips with the team lately. Are you stacking clips?

adidas is an amazing brand. I’ve always loved them. I’ve been a fan since Run DMC. I think they’re the ones that made me fall in love with adidas early on. I’m finally getting the opportunity to work with them and help grow the next generation of their skate team.

That’s amazing. Can you tell us a little bit more about what adidas’ Next Generation skate program is all about?

Based off my results in the past with finding new talent and bringing them up to become top pros, adidas brought me on to help find the skaters that are going to lead the brand into the future. I’m not the only person that does that. I work together with a great team.

Makes sense, you have an insane track record. Is there anything else that you want to touch on that didn’t get mentioned?

Yeah, I wanted to mention that Maxallure will be distributed through Baker Boys Distribution.

Wow, congratulations, that’s huge! How did you link up with Andrew and connect with Baker Boys?

Andrew is a legend for sure. I have nothing but respect for the guy. We’ve known each other for quite a long time. He does things like I do. He’s very aware of the new guys coming up. Since we have similar eyes when it comes to that, we decided that working together made sense. I told him that I had this new brand with these young guys from San Francisco. He was already aware of them. So it just made sense for us to work together on that level. 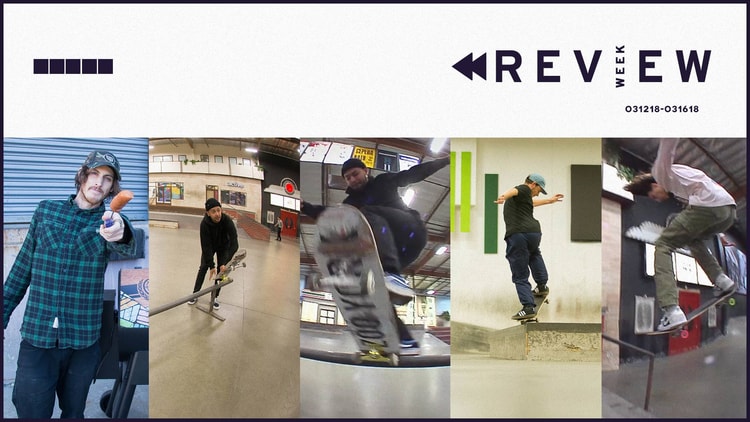 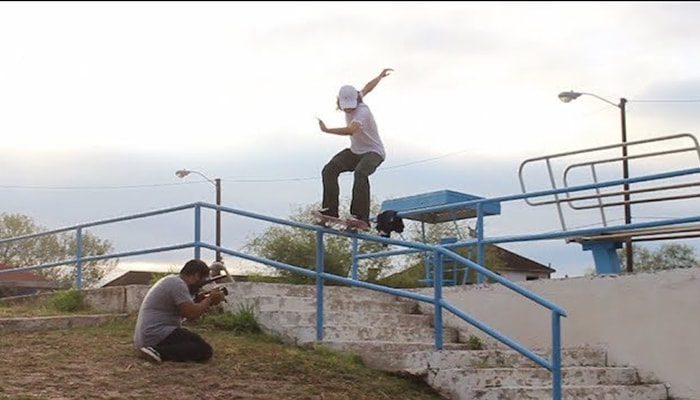 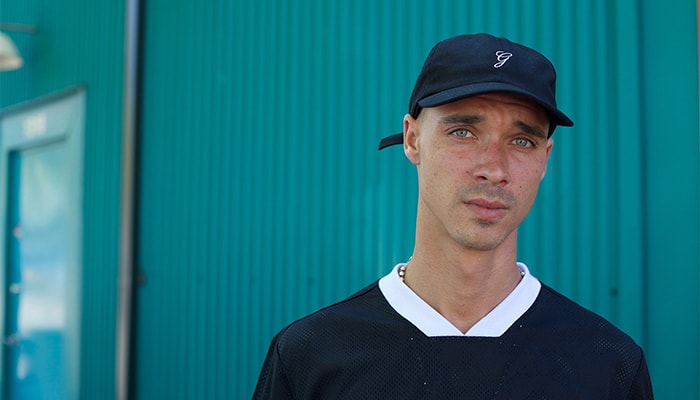 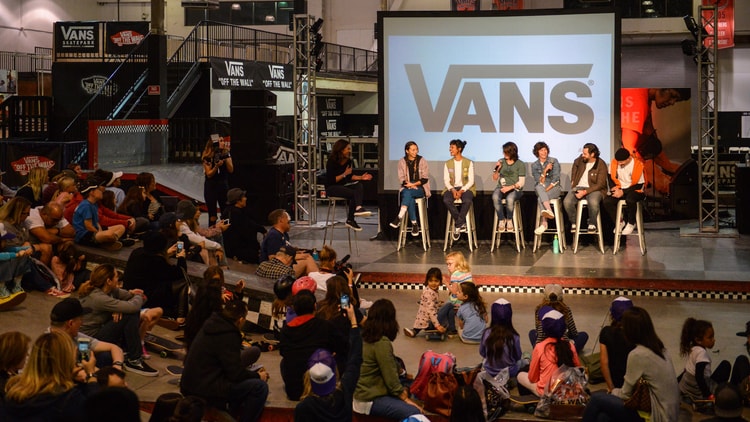 “GET ON BOARD” — Vans Event Recap

We caught up with Vans Brand Ambassador Atita Verghese at the Vans “Get On Board” event last weekend in Orange, California, to talk about “Girls Skate India,” and why event...
Mar 16, 2018    0 Comments 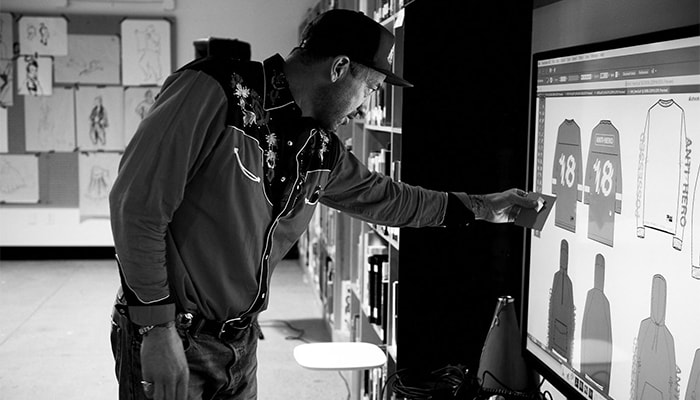