Filming a line at a spot is difficult enough. Imagine how hard it would be to do one that spanned multiple city blocks in a single shot. Now factor in filming it after midnight in Koreatown in Los Angeles in the midst of security, vagrants, and every other obstacle that an uncontrolled environment presents. When you consider all of the circumstances, it seems nearly impossible. But that’s exactly what Miles Silvas and Colin Kennedy achieved in adidas’ “One Shot”—a beautifully crafted long take short that provides a glimpse into what every skater experiences during nocturnal excursions in cities around the world. After getting a preview of the completed project, we knew we wanted to talk to Miles Silvas and find out more about how this came together.

“One Stop” was shot in one long take on the streets in an uncontrolled environment. What challenges did that present? And how many tries did it take you to film the line?

The challenge was that every night we would pretty much start late, like around 11:00 or 12:00, so that the city was pretty dead. We’d still run into things like security at spots on the way, or just random people getting in the way. The line stretched out—I’m not sure exactly—for seven blocks or something like that. We might go a couple of blocks, and then at the very end someone would be in the way. And we would have to start over. So, little things like that were frustrating.

It took a lot of tries. I kind of improvised and switched up the line a few times. It took a couple of nights of trying; we had to work out all of the bumps. Then, it finally worked out.

Outside of the switch back tail at Jkwon and switch heel over the can on its side, the whole thing looked really improvisational. How did you go about piecing that together?

We spent the first night just mapping out where we were gonna go, and what tricks I was thinking of doing. There were a couple of filmers following me the whole time. I had a couple of tricks in mind. I had, not higher expectations, but you start trying things, and people get in the way too many times. Things don’t work out, so we switched it up a little bit. But for the most part, I had it pretty much planned out. I didn’t ever improvise mid-line.

Colin Kennedy came up with the idea with some of the adidas dudes. He was like, “We’ll start here, and I have this idea of going up this block on the other side of the street. These are the key spots. And we’ll end here.” He had it all mapped out, and we linked up and went over it together. But he came up with the main plan pretty much.

Koreatown isn’t the friendliest after midnight. Did you run into any issues while filming?

There wasn’t anything too sketchy, just people getting in the way. We had people watching the trashcan and at Jkwon watching the ledge. One time I got down there and there was some biker sitting on the ledge—I had to start all over. One time someone was moving the trashcan; [one time] the sprinkler went on at the gap-to-ledge. We knew what time to start at night because of the sprinkler going on. But it was nothing too major, just people getting in the way mostly.

What differentiates the City Cup shoe from other shoes in the adidas skate line?

I would say the sole. The double cupsole hasn’t been around for a while. It kind of came back with this shoe. It’s a really good shoe. I had to skate it right out of the box for this commercial. And I’m kind of weird about shoes. These were good right off the bat. It fits my foot right and it’s super grippy. The double cup is good because it’s grippy and flexible. It breaks down in the middle. There’s a normal sole on the heel and toe, and it’s all thin in the middle. It’s super flexible, but also durable. I like it a lot.

Last March, we dropped your PUSH part. What sort of response did you get from that?

I got a lot of good feedback. A lot of people liked it. People were psyched. They were posting about it for days. It got a really good response for a long time.

Then you followed that up in October with “Numbers Edition 3.” That reminded me of how quickly your Away Days [2016] part dropped after 1947 [2015]. Do you think you’ll keep putting out multiple parts a year?

The double parts have just kind of been happening. I’m always skating, and I’ve been pretty healthy as far as injuries. So I’ve just been getting as much footage as I can. That second part came about because I just went to Barcelona with a homie who films and my girlfriend. I did it on my own time. I was chilling, and skated when I wanted to. We made the part over the summertime. It came about pretty easily. I’ve got a couple of projects this year that I’m working on. Numbers is trying to do another video, so I’m working on a part for that. And I’m working on a Transworld part too. So the multiple parts will probably stay in motion.

Obviously, you’re staying really busy in the streets. But you also skate contests. How important is contest skating to you at this point in your career? And with the Olympics on the horizon in 2020, is that something that’s on your radar?

Yeah, definitely. If the Olympics comes up and I’m asked to be a part of it, I’m not going to turn that down. I’ll give it a shot. I didn’t skate contests for a long time, and recently, with Street League, I started back up. I’ve been taking it seriously. I don’t just pop up at a contest and fuck off. I feel like I’ve got a pretty good opportunity being there. So I try to prepare for it, and do the best I can. It’s fun. I was a little nervous at first. But the more you do it, you realize it’s not that big of a deal. It kind of just comes to you. I just try to pretend that I’m at the skatepark.

What else do you have planned for the rest of 2018?

The Numbers and Transworld parts, then I know adidas is about to start going on some trips. I’m sure Numbers will get on it too. But pretty much just skate, and do what I can for those parts. And try to shoot some photos, and keep it pushing.

Primitive put together 1 minute of Silvas in his neck of the NorCal woods modeling the brand’s upcoming Fall ‘21 line.
Jul 9, 2021    0 Comments
Entertainment Music

The ultra-positive Steve Caballero and Tim Fennelly of the band Urethane talk about their new album in the latest ‘OLOC’ episode.
Sep 27, 2021    0 Comments 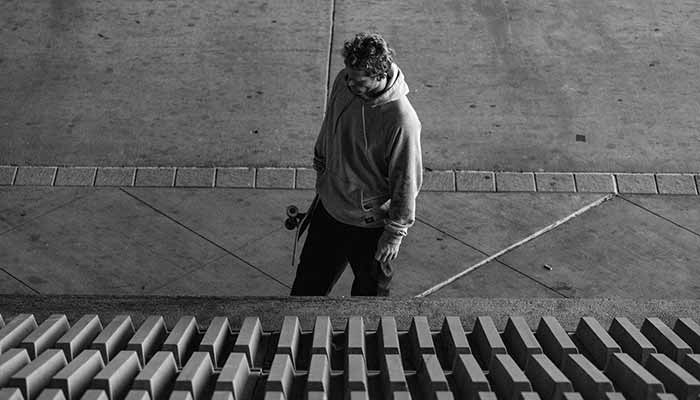 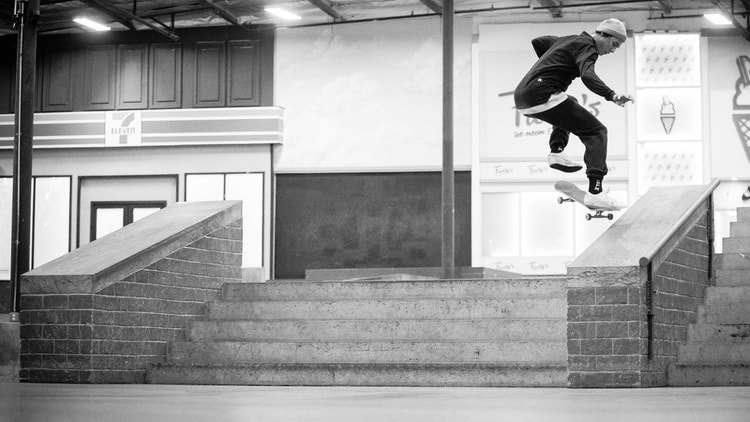 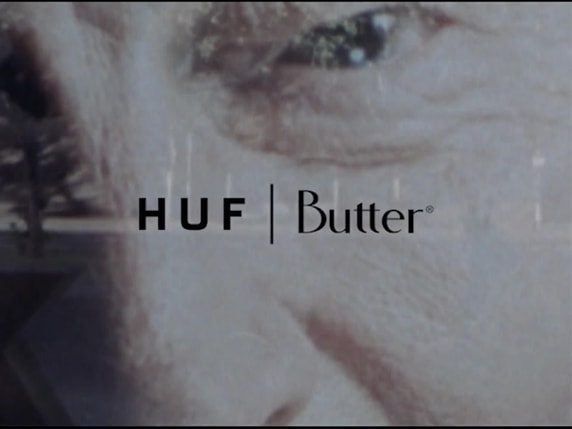 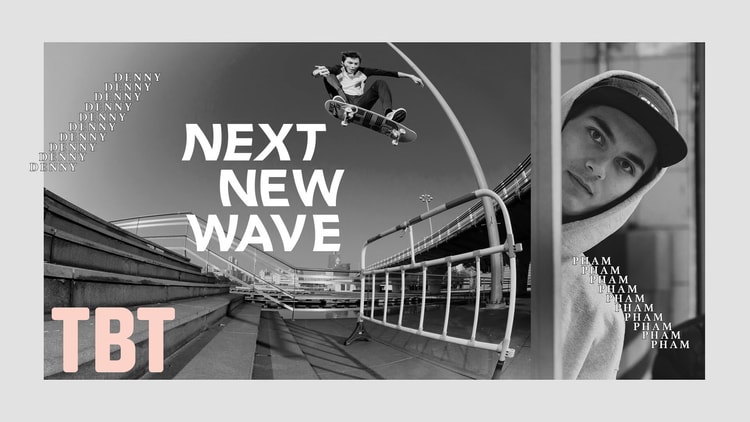 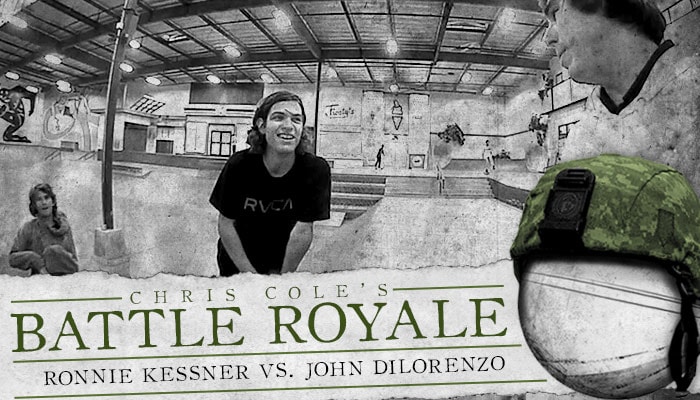 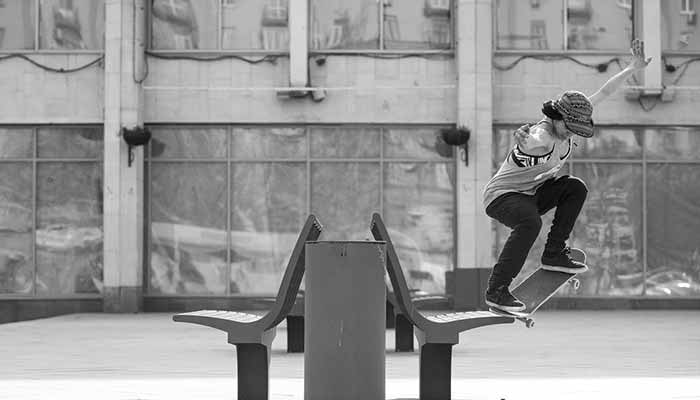 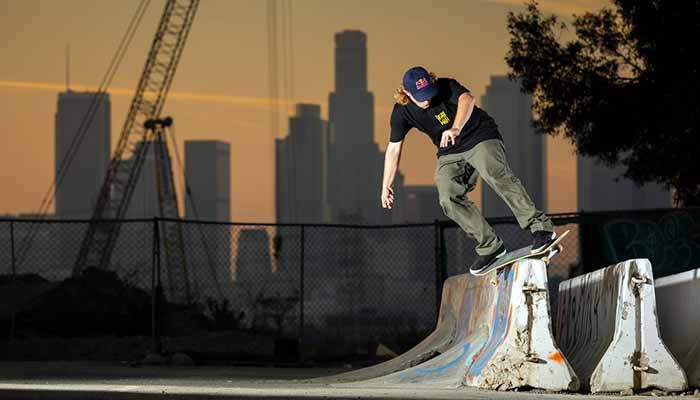