Whether it’s his approach to technical street skating or the many brands that he’s helped launch, owned, or been a part of, Karl Watson has proven himself to be a creative visionary. Henry Jones is an equally talented illustrator—and he also rips. For their latest project, the two teamed up on “My First Skateboard“—the first ever children’s book produced entirely by skaters.

The project is slated for release in early January, so we emailed Watson and Jones to get the lowdown on how it came to be and what to expect when it comes out. While it won’t be ready in time for Christmas, you can preorder the book now and teach that special kid in your life about all of the amazing things that skateboarding has to offer.

Tell me about this book, and how it came to be.

KW: “My First Skateboard” is a children’s book that was created out of my crazy mind. I was inspired by thinking about my career and all my years of skateboarding. Skateboarding touched me in different, and positive, ways. I wrote some notes down and pinpointed the most epic attributes that skateboarding has to offer. Bringing people together without an age, language, or gender barriers brought me to the conclusion that skateboarding could pretty much help save the world. If everybody was a skateboarder, the world would be a different place!

I wanted to figure out how I could use this information to help influence future generations. I thought that the best way to do it would be to get them while they are young, so a children’s book made a lot of sense. I hadn’t written anything before, besides a couple of screenplays that I dabbled with. So, I went ahead and wrote out a story from my heart.

The first story that I wrote was more in a screenplay format. Henry [Jones] had a hard time illustrating that. So we went back to the drawing board, and I wrote a story that was easier to illustrate. It turned out to be a better story anyway. So I’m glad we had that bump in the road.

How did the two of you connect for this collaboration?

KW: It’s funny. I saw a piece about Henry on The Berrics. I had already been a fan, but after I saw his piece I realized that he was super talented and somewhat approachable. I decided to hit him up to see what he thinks. He read the story, liked it, and agreed to it. That was over a year ago; we’ve been working on this for quite some time. It’s definitely not an easy thing to do, but we made it happen. We went back and forth hundreds of times, and now we’re here with the final product!

HJ: Karl contacted me via Instagram two years ago about the project. I had always liked the idea of illustrating a children’s book. So when Karl asked me If I’d illustrate his, I was immediately on board.

How are you distributing the book?

KW: At the moment, we’re selling most of our books directly to the customers off of our website. But we’re definitely selling to skate shops and distributors, too. A lot of distributors contacted me, so the books will be available in different countries. We’re talking about translating it into different languages: Spanish, Japanese, and possibly Norwegian. Eventually, this book will be available in traditional bookstores. But right now, it’s mainly for our community.

Can you give a brief synopsis of the story to give us an idea of what it’s about?

KW: Absolutely. It’s a story based off of some of my fondest memories that pinpoint the best attributes that skateboarding has to offer. I used my youngest son, Jonas, as the main character. The story is about Jonas being bored out of his mind. He’s already involved in other activities like different traditional sports. When he gets home, he’s very bored and wishes there were more kids in his neighborhood to play with. Once he gets his first skateboard, all of that changes. He joins a community of people from all different backgrounds. After that, everything changes: he enters into this world that’s composed of all different types of people; it changes his life.

Do you think you’ll do more books in the future?

KW: That is the goal. I have a passion for writing. And I love to inspire as well. It’s a great combination to be able to inspire through my writing.

HJ: Absolutely. This was the first, but hopefully not the last.

What’s the biggest thing that you learned through the process of creating a book for the first time?

KW: When I first wrote the story, I had it saved as a PDF. I thought it was complete. I sent it off to a couple of publishers, and I didn’t hear back. It turned out that it was nowhere close to being a complete project. I think the most important things that I learned through this whole process is to pace yourself and be patient. You need to wait until it’s a complete project before you tell the world. Last November, I made the mistake of posting a picture from the book on Instagram. Everybody responded. That was premature excitement. It actually took a year for the product to be complete. I also learned a lot of Photoshop skills and how to format stuff. I learned a lot!

HJ: The process was longer than expected. I had never illustrated a children’s book, and Karl had never written one prior to this. So it was a huge learning experience for the both of us. I think one of the biggest challenges I had was trying to figure out how to format each page to go along with the text.  It took us a few tries, but we finally got it.

Being that the story is based on personal experience—and you grew up skating San Francisco with so many legendary skaters—are there any characters in the book that are based on real people that we will recognize?

KW: None by name, there is one scene at Embarcadero where you will see a lot of characters. Even the four main characters—they are not named—but you can tell that certain characters might be certain people. It’s a very simple story; it doesn’t go too in-depth into the realities of [skating the] Embarcadero. But Embarcadero is incorporated slightly into the book. It’s more about the message than the plot.

_Do you have an event planned for the official launch? _

KW: We release the book in early January, and we have a launch party with FTC on January 13. 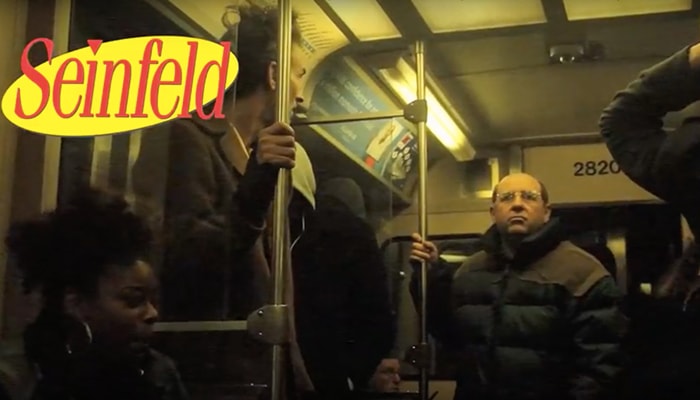 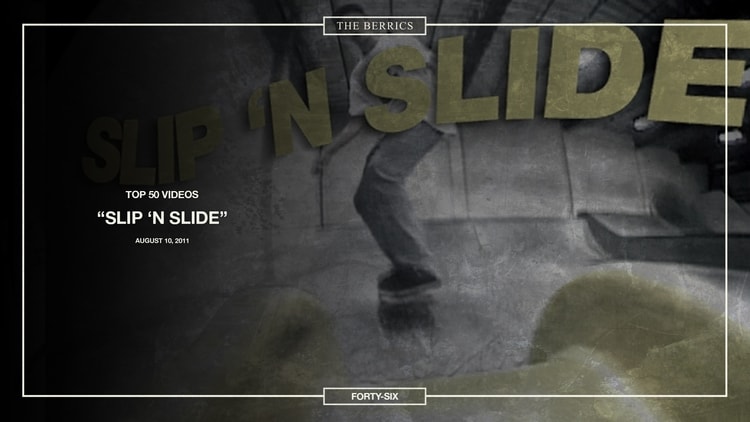 Being around Chris “Mango” Milic is pure joy, and this edit we put together featuring him, Stevie Perez, Jake Anderson, and Johan “Don’t Mess With the Johan” Stuckey,...
Dec 11, 2017    0 Comments 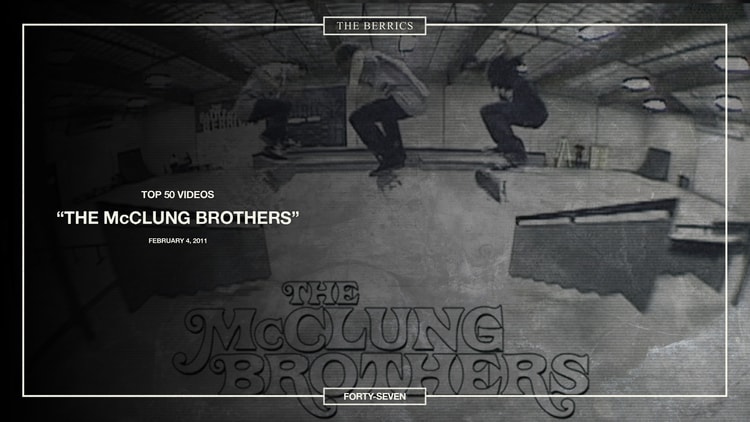 Back when these brothers were just beginning to get a lot of attention, we were lucky enough to capture some of their raddest family-style clips. Filming doubles is hard enough. But triples? As it...
Dec 11, 2017    0 Comments 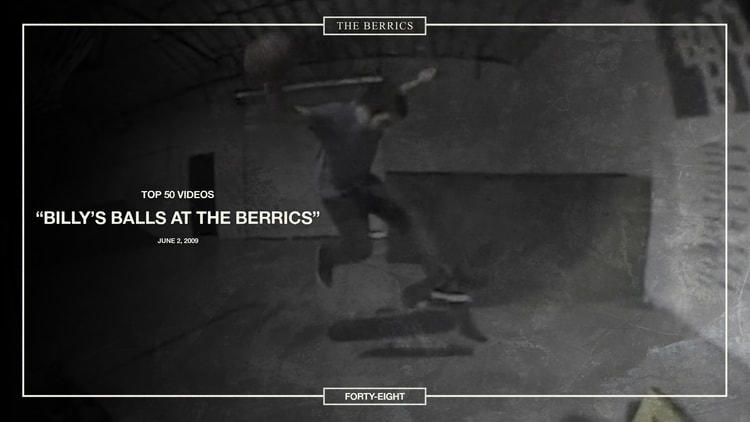 It takes a special individual to appraise his surroundings the way Billy Marks does. Who else but one of the world’s most progressive rail skaters could size up every angle in The Berrics an...
Dec 11, 2017    0 Comments 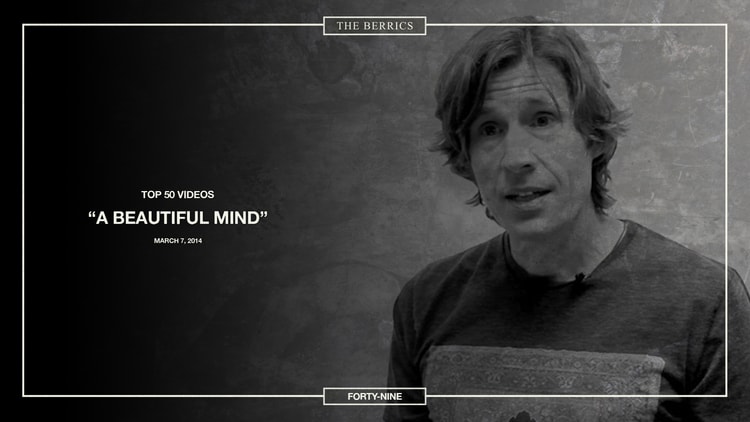 Ask skateboarding’s leading innovator a few questions and you’re bound to get an earful. Rodney Mullen has captivated TED Talk audiences with his brand of personal lecturing; now it wa...
Dec 11, 2017    0 Comments
Load more
Subscribe to The Berrics
The Berrics © 2007-2021