The Los Angeles Arts District is bordered by Skid Row and Little Tokyo on one side and the LA River on the other. You may recognize the neighborhood’s old fashioned brick buildings and colorful murals which serve as a continuous backdrop for some of your favorite movies and TV shows. On any given day, Arts District residents see professional film crews and amateur fashion photographers vying for the same valuable piece of real estate. The atmosphere is thick with the vibe of creativity and hustle. For visitors, this is LA in a nutshell: you never fully realize how much work and collaboration goes into making something until you’re standing behind the scenes.

This is where SOVRN’s headquarters is based—amid the beautiful faces and artisanal shopkeepers—and where the brand’s Creative Director, Alexandre Souêtre, perfects its distinctive visuals. Souêtre’s workstation is kept immaculate, in fact the whole loft would pass the white-glove test, complementing the clean lines of the decks and apparel on display. But as you walk in the door, your focus is immediately drawn to SOVRN’s latest project—its collab with the local record label, OWSLA.

OWSLA, founded in 2011 by the d.j., Skrillex (aka Sonny John Moore), is an LA institution. The EDM label has a strong track record of discovering some of tomorrow’s finest producers, and one day last February, during a casual stroll through the courtyard outside SOVRN’s offices, Moore made the discovery that led to his label’s collaboration with the skateboard company that Walker Ryan, Jack Fardell, and Mikey Taylor ride for.

Souêtre remembers how it all started: “Sonny happens to have a loft in this building and he’s here pretty often. One day the door was open while I was working, and Sonny came in here, just kind of like, ‘What is this here? Oh, that’s the SOVRN office!’” After perusing the decks on the wall, Moore just said, We should do a collab someday. This was music to Souêtre’s ears.

“It was funny because doing a collab with OWSLA had been on my mind for a long time.” Souêtre says. That night, he cranked out the two board graphics featured in the collection: “Trichotomy 1” and “Trichotomy 2,” (“I knew I was already going too fast. We hadn’t even agreed on doing the collab yet!”) Moore himself has had a love affair with skateboarding for years [note: He’s even gotten several clips in The Berrics; who knew that Skrillex has a mean heelflip?]. When Moore reviewed Souêtre’s collab designs for the first time, he just said, “Perfect.”

In its three-year history, SOVRN had never done an official collab with another brand. Each season, the company curates artists to create the unique deck designs that have been a staple of the company’s body of work. The possibility of teaming up with OWSLA, a label that also works closely with diverse artists, was a dream scenario. OWSLA was like a parallel universe. Spend a few minutes browsing the label’s Instagram account and you’ll detect a similar attitude and aesthetic; the extreme care taken in striking visuals, alternating from stark to spectacular, marks the two brands as simpatico.

Where OWSLA and SOVRN intersect most obviously is the intense pride each feels for Los Angeles. Both entities are rooted in the city, and this association colors everything they do. OWSLA organizes festivals and shows, pushes local artists, and emphasizes the importance of collaboration. Similarly, SOVRN takes especial note of the city’s power as a talent magnet: its site simply states, “We are based in Los Angeles. We come from all over.” SOVRN is still one of the few skate brands to design and manufacture its apparel in LA, and that’s not likely to change any time soon.

The fact that OWSLA isn’t directly related to skateboarding makes the collab even more intriguing. “It’s interesting to work with someone outside of skateboarding, but has an interest in it, and get their perspective on it,” Souêtre says. “Mixing both and seeing what happens—that’s an interesting challenge.”

A key element for Souêtre was to ensure that the OWSLA x SOVRN collection was truly collaborative. Instead of simply slapping a logo on a board and calling it a day, Souêtre decided to give OWSLA’s team creative control over the apparel, while SOVRN maintained the hardgoods side of the collab. The delegation of duties worked out perfectly; OWSLA deconstructed Souêtre’s designs and repurposed the elements in unexpected ways. Souêtre says, “They kind of fucked it up, essentially.” In a good way.

After the product planning and production was complete, Souêtre set out to get down to the nitty gritty of this project—the video. SOVRN’s striking video releases—Nous, Walker Ryan introduction, and SOVRN:NATE, to name a few—are the work of Souêtre and videographer Ryan Neddeau; the flawless execution is the byproduct of a tag team relationship that’s been honed over several years. OWSLA x SOVRN was a different beast altogether: While previous releases were filmed like traditional skate videos, the collab commercial, by definition, required more cooks in the kitchen. This meant a professional crew (gaffers, grips, lighting, etc.), pre-shoots, grueling 12-hour shooting schedules, and consultants. Souêtre has a background in directing music videos, so it wasn’t all foreign to him. But he still had the foresight to hire two additional cinematographers for good measure, “to get their perspective on it,” Souêtre says. “I thought it would be interesting to cut it all together.”

Pre-production took about a month, which may seem like a long time but it’s shockingly short when you’re in the thick of planning. After Souêtre and company put the production team together, nailed down the budget, figured out the soundtrack (courtesy of producer Jake Millar, featuring OWSLA artists), and scouted the locations, there seemed to still be an unending string of details to sort out. For instance, that gorgeous neon sign: “We had that custom made for the video,” Souêtre says. But worth every penny.

With a mix of night-skate footage—featuring Tyler Peterson, Marcell “Cartier” Herd, and Ben Campbell, among other SOVRN riders—and interpretive dance, the OWSLA x SOVRN video isn’t for everybody. Souêtre enlisted local choreographer, Ania Catherine, to direct the dancers. Essentially a body language and movement professional, Catherine played off the idea of the complexity of skate physics. “I wanted her to pull inspiration from skateboarding, but very loosely,” Souêtre says. Some of the movements were complex, with dancers’ arms and hands mirroring skaters’ lower body movements when doing tricks, and agitated; at other moments, the choreography was almost a still-life with all the kinetic energy transferred to the cameras instead. (Souêtre will be releasing a separate, one-off edit of the choreography later.)

When the video was completed, OWSLA celebrated with a launch party at its Chinatown OWSLA Goods store. Watching the finished product, with street footage shot mere blocks away and a soundtrack mix representing OWSLA artists, it was clear that everyone involved in the project not only captured the vibe of collaboration but they also managed to comfortably straddle a fine line that has eluded many collabs in skateboarding’s past. OWSLA x SOVRN balances the aesthetic of both brands without becoming heavily weighted on either side. It was a match made in heaven; made here in LA.

It’s a rat, and it’s skating on its tongue. Toy Box Monster explains the inspiration behind this year’s design.
Jun 24, 2022    0 Comments
Skateboarding 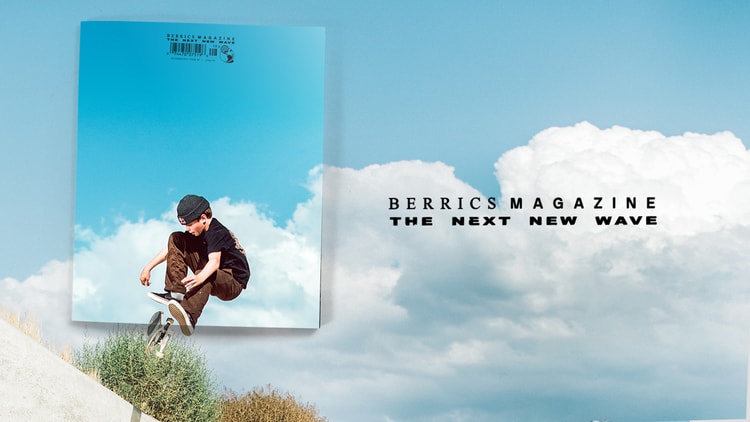 Berrics Magazine has launched! Get the first issue, devoted to The Next New Wave, in The Canteen today.
Oct 13, 2017    0 Comments 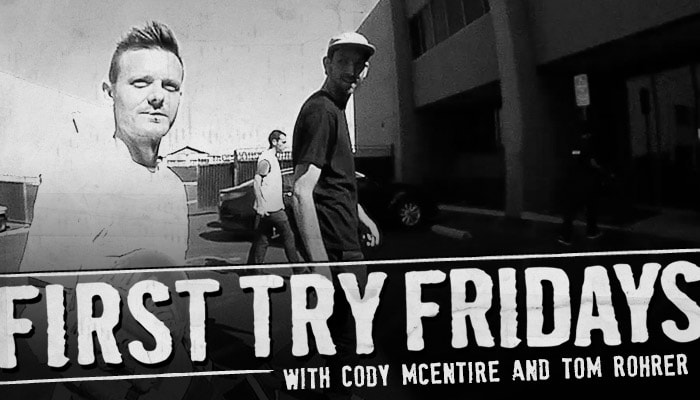 We put Cody to the test with some heavy tricks down the 10-stair. And he literally just drove straight here from Texas… without stopping. No, really.
Oct 13, 2017    0 Comments 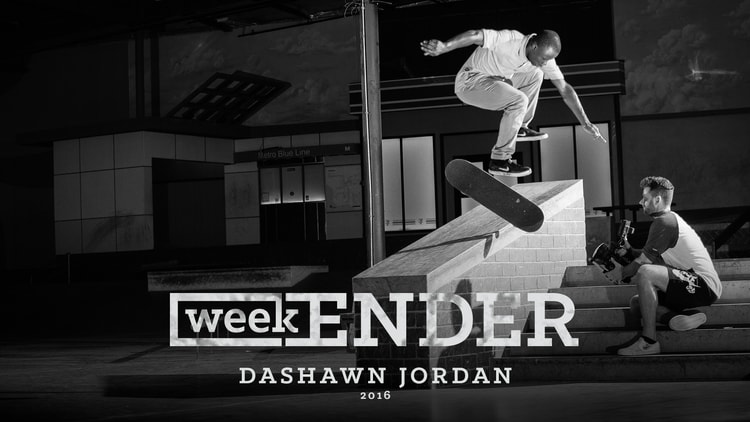 When Dashawn Jordan burst on the scene a few years ago, it didn’t take long for us to approach him about filming a Recruit. With his style and consistency it was clear that he’d have a...
Oct 13, 2017    0 Comments 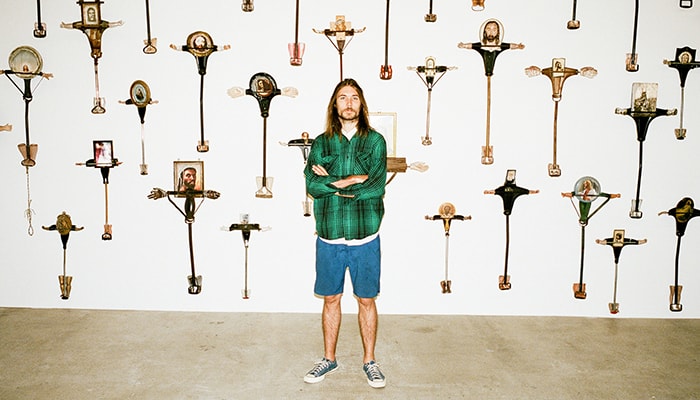 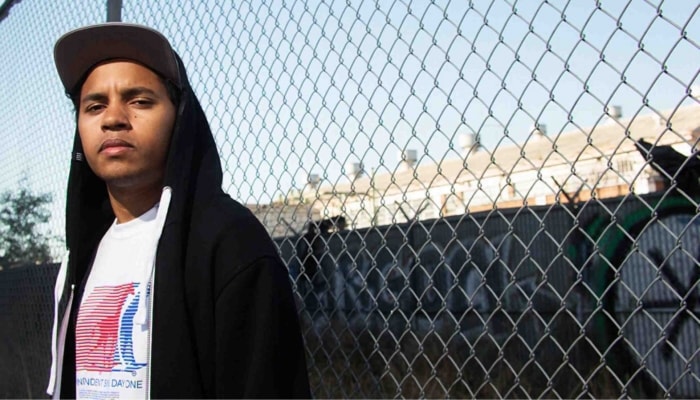