Phil Evans flips the script on the traditional skate video with this inventive 100% paper edit. “Paper Cut London” features Jak Pietryga (and guest Chris Jones) doodling through the city on his board; Phil painstakingly scanned the images and then shot them at high speed. The resulting video is marvelous: an infinitely rewatchable piece of detailed art, complete with clever audio tricks.

Over 3,500 individual animation cels were used in this process and the footage was shot over two trips to London.

Phil did this a few thousand times during the process.

Phil’s been skating for 21 years (“And I’m still rubbish,” he says). We talked to him recently about how he got into filming, coloring outside the lines, and the exact point during this “Paper Cut” process when he lost his mind.

Through watching skate videos and wanting to make the same stuff. I got a cheap digi 8 camera and took it from there.

*__Where did you get the idea to take this paper approach? Did you make it up as you went along or did it require a lot of planning?

There was a lot of testing before I shot—just figuring out which frame rates I could realistically get away with for the skate footage so the tricks didn’t lose any integrity. Then I messed around with both photographing and scanning the images. Scans turned out to be most suitable, unfortunately; it took ages, sometimes days, just to complete single scenes.

After that I shot with a loose storyboard and at a high shutter speed so the images didn’t have “motion blur” and would print clean as single images. Am I boring you yet? [laughs] From then on Jak’s style really defined the edit. I really like how he skates, super fast and flowy with long lines so that he dictated the pace of the whole piece… then when Gibbo’s music went over it it seemed to suit his skating perfectly.

*__What kind of problems did you encounter when you were creating this piece?

The skating was the straightforward part as Jak is super easy to shoot with and was super down from the off.

There was a lot of trial and error with the printing stage though. I tried to run ink dyes through different scenes, like starting with a small coloured ink stain and letting it bleed through the whole stack of paper. Initially the paper was not absorbent enough so I tried really thin, porous newspaper stock and that would just soak it up on the first couple of pages. So then I soaked all the pages in the shower and they ended up sticking together. Then I cut holes through them so the ink would run through, but then the paper would rip… so then… I lost my mind!

I’d really like to do another one of these in another city, but this time with a budget so I can hire animators to work with and get it done faster while possibly preserving my sanity. I’d also love to screen one of these and cover the walls in the scenes from the film, think it would look cool. 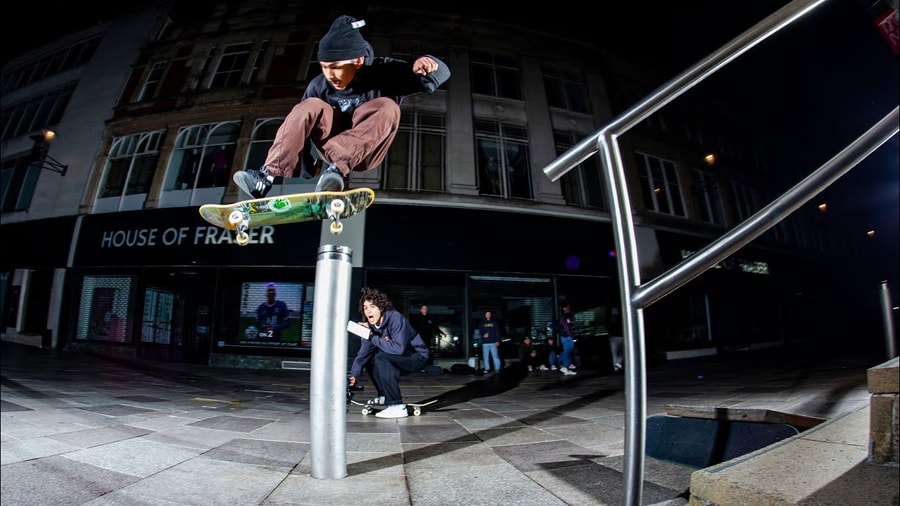 Red Bull keeps coming up new and exciting ways to capture the energy and creativity of skateboarding.
Jul 29, 2021    0 Comments 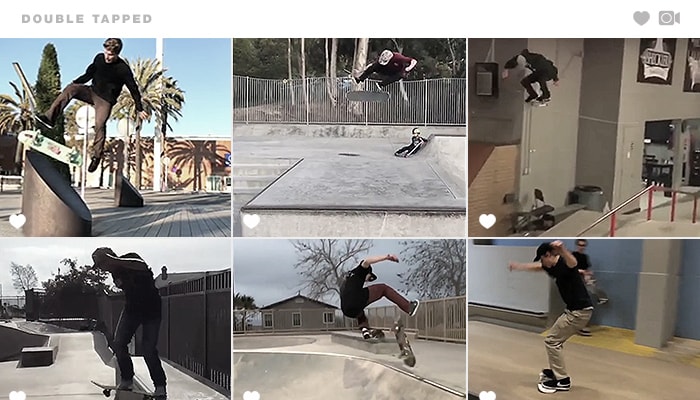 So many clips are lost forever in the black hole of Instagram’s infinite scroll. “Liked” once and forgotten. Double Tapped is our way of slowing down the ever-growing feed, allow...
Jan 27, 2017    0 Comments 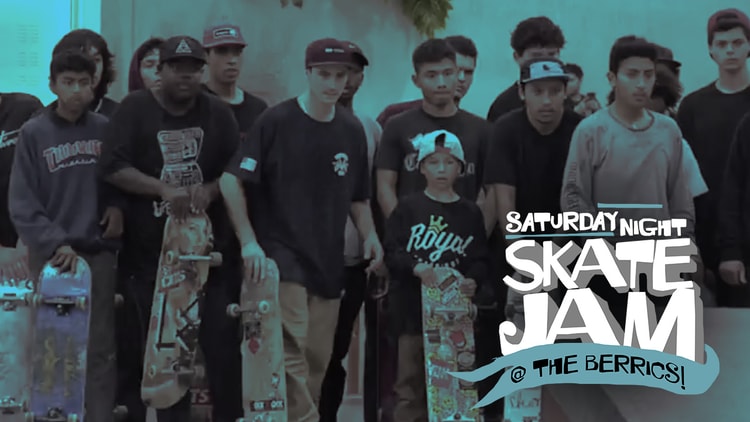 Our skate jam last weekend was a roaring success! It was so much fun we decided to do it again this Saturday. (You know what, this is turning into our regular Saturday night thang.) Tickets are av...
Jan 26, 2017    0 Comments 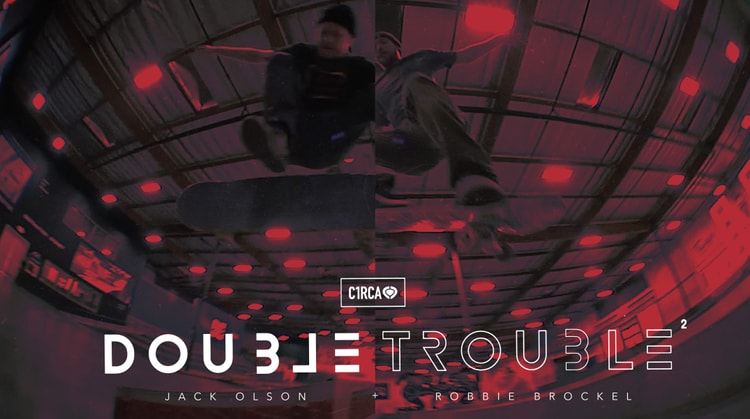 Robbie and Jack know it takes two to make a thing go right (whatever that means) as they double down on some good times.
Jan 26, 2017    0 Comments 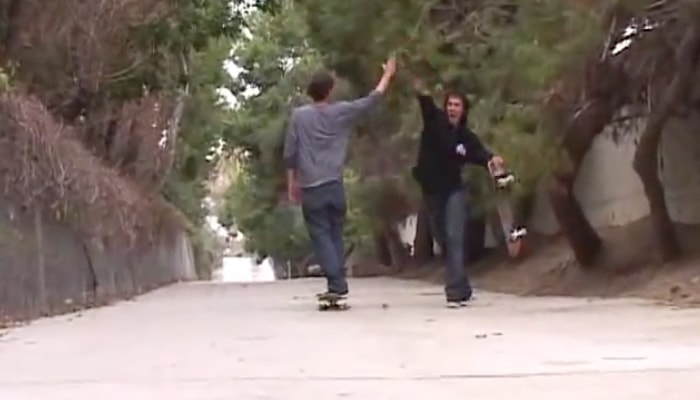 THE MAGIC OF SHARING — 9 Shared Parts

The concept of the dynamic duo in skate videos is classic, and when a shared part hits on all cylinders it’s twice as nice. Here are our picks for 10 co-op parts that share the wealth and le...
Jan 26, 2017    0 Comments 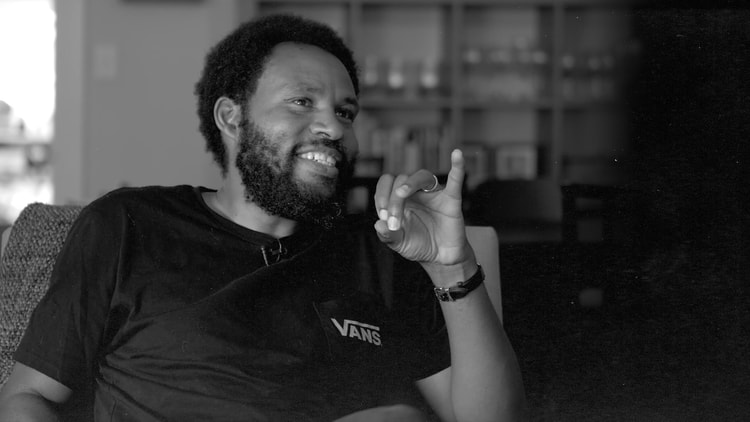 Ray Barbee’s part in “Ban This” may have been just as influential as that video’s “LA Boys” section. In this exclusive extra from Colin Kennedy’s “The L.A. Boys,” Ray talks about the time when Sta...
Jan 26, 2017    0 Comments 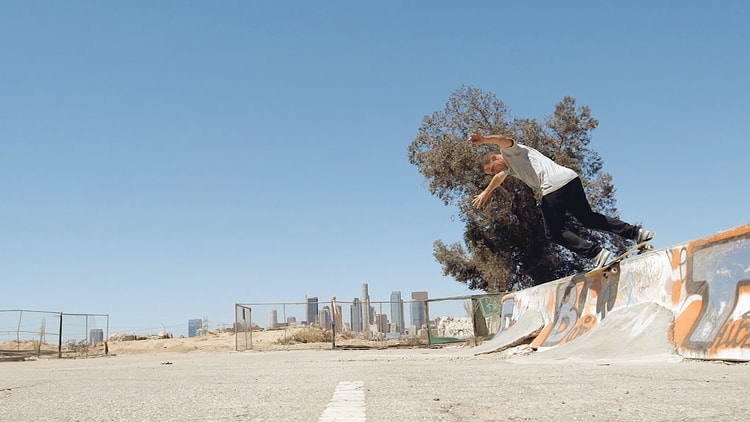 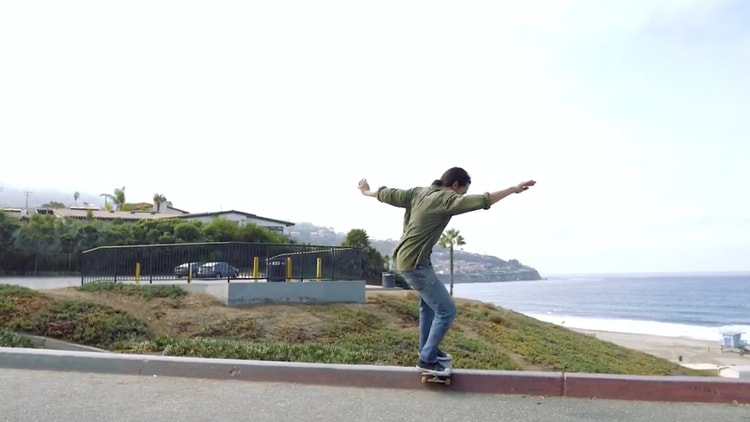