Powell-Peralta co-founder Stacy Peralta recently sat down with Bucky Lasek for the company’s ‘Skateboard Stories’ series, coinciding with the re-release of his 1990 ‘Stadium’ model (with artwork done entirely by Sean Cliver). Lasek’s history is very interesting: Shortly after he started skating, he manifested his future in September 1988 by writing in his diary that he would turn pro (and own a white VW Cabriolet). By next year, he was spending time with Tony Hawk—personally invited by the Birdman, no less—in So Cal, racking up footage for his Propaganda part—an incredibly progressive collection of clips. (Even today, you don’t really see anybody doing 540 impossibles on vert.)

In the decades that followed, Lasek became one of the most successful competitive vert skaters, playing up to his strengths of consistency and innovation, and his next-level ability to visualize combos in his run. Every one of Lasek’s runs seems meticulously planned with an obscene amount of tech tricks, with many of his moves being unreal hybrids of new and old: a nollie backside flip crailslide (at least, we think so) is among Lasek’s recent clips in the documentary. That shit’s pretty hard to compete with, but to get to that level he spends around 4 hours perfecting each new trick—”It’s more of a stair-climbing session,” Lasek says”—which is a testament to his dedication. He’s been quoted in the past saying that skateboarding is like a fountain of youth and, at 48 years old, we think Bucky Lasek might be on to something.

Watch a handful of our projects with Powell-Peralta, below:

Zach Doelling and the team get creative in the latest episode of this public skatepark series.
Sep 10, 2021    0 Comments 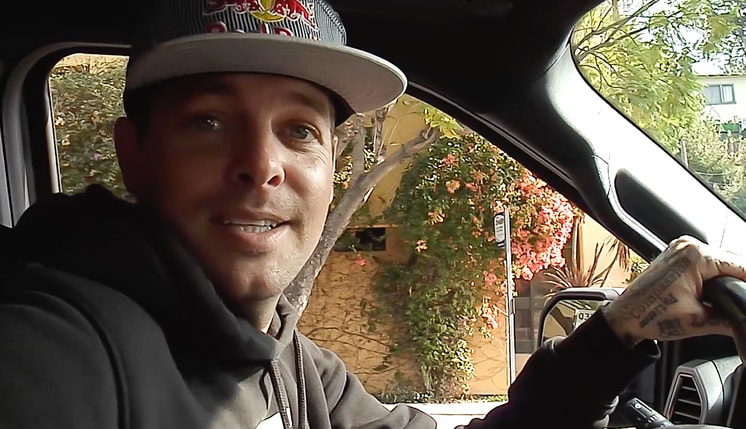 Ryan Sheckler, the man with one of the most famous kickflips in history, rolled around LA handing out goodies, and EVERYONE stepped up for the challenge!
Feb 12, 2021    0 Comments
Skateboarding

‘Pocket’ Magazine Spends The Day With Thaynan Costa In Portugal

Thaynan Costa has got it all figured out in Lisbon. (Photo by Daniel Galli.)
Feb 11, 2021    0 Comments
Skateboarding 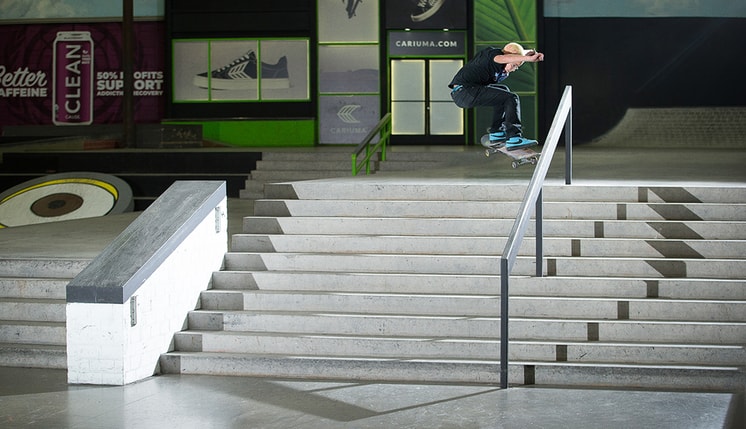 10-year-old Junior Gutierrez proves that age is just a number… of stairs that he can kickflip front board.
Feb 11, 2021    0 Comments
Skateboarding