On the latest episode of The Nine Club, Chris Roberts and co. cover all the bases with Ronnie Sandoval. They talk about trying to learn inverts; his first sponsor,  Transitions Skateshop; Daewon Song flowing hims Almost decks back in the day; getting on Krooked; when his beloved Channel Street will re-open; getting on Dickies; filming for the Vans video ‘Take It Back’; that time he broke his kneecap in two, and how he took care of his body to heal; getting a session with Antihero antihoncho Julien Stranger; and turning pro for Krooked. (This episode is three hours and three minutes long.)

Sandoval has worked with The Berrics on quite a few projects over the years. Check out a handful of these videos, including his 2014 In Transition part and his Bangins, below: 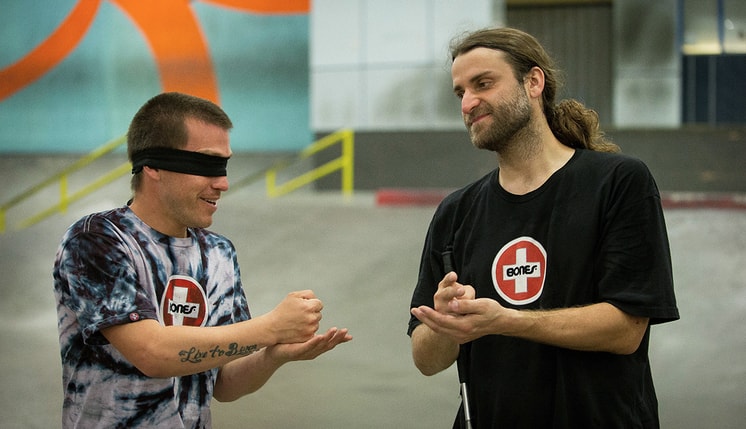 We invited David Reyes to follow up last year’s ‘Bird Box’ blindfold challenge with a good ol’ unsanctioned battle with Mancina, and it was out of sight.
Mar 1, 2020    0 Comments
Product 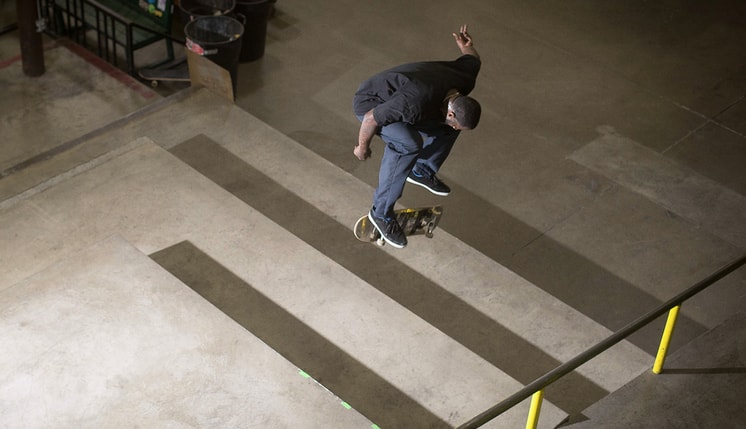 In this interview we catch up with the man who has his eyes on the prize—now more than ever.
Feb 27, 2020    0 Comments
Skateboarding