Jonah Hill’s Mid90s opened last Friday in select theatres. The film faithfully portrays skateboarding culture, which in itself is a breath of fresh air, but it also introduces many of us to a rising star named Sunny Suljic. Suljic plays Stevie, a skater growing up in LA during a certain era, and he has been widely praised as a revelation in the film. The 13-year-old’s got chops, but this is far from his first film project. (This year, Suljic also appeared in the Jack Black movie, The House With a Clock In Its Walls.)

Today, after last weekend’s highly successful debut, Mid90s gets a wide release. That means that if you aren’t quite familiar with this wunderkind yet, you soon will be. In this interview Suljic tells us how he got his start in acting, the day in 2017 when he met Hill, and how he prioritizes skating and acting in his life. “Skating first, and then acting,” he says. Act like you know.

How are you dealing with all of the hype surrounding Mid90s?

I’m not really aware of it, you know what I mean? I don’t see it yet. I know that the reviews are really good and that it the trailer is everywhere, but I think it’s so insane that I’m the lead role in this film and it involves skating! It’s just like, I look at myself on the poster and it says Mid90s, and it doesn’t make sense to me. I’ve been in films before but this is so major for me! People are like, “You’re gonna be famous,” but I don’t feel it yet. It’s just gonna hit me one day.

It’s gonna be a delayed reaction…

Yeah it’ll be a really delayed reaction, but I think it’s cool. Or I wouldn’t be doing it.

When did you start acting in films?

I first started acting in films when I was 8.

How did you get involved in acting?

Well, I was already sure that I wanted to get into acting so I would practice monologues with my mom—practicing monologues is how you get an agent if you’ve never been in films. So I signed with my management, and then got an agent and they just started giving me auditions.

When you were choosing the monologues, was it stuff that you liked? Or was it more about what performs better?

I’ll give you a vague response ’cause it’s been so long [laughs], like five or six years since I started doing that. I hated monologues; I don’t even like auditioning that much for films ’cause you’re not in the situation. You’re not on set; you’re not on the scene. I can’t channel myself to be one-hundred-percent [when] I’m not in that scenario. It doesn’t feel natural to me, it’s kinda uncomfortable.

One thing that I didn’t like was when my friends would ask, “Oh, you act? Tell me a line from your movie.” [laughs] That’s not how it works! You have to be prepared.

You don’t just clear you throat and bust it out?

You can’t just do that. But with my monologue, I would tell my mom what I like and she would make it into a script form, which helped because usually people just get it from the internet. One thing that I do remember when kids would do monologues, it would be about money.

Consistently about just money and getting paid?

Do you think subconsciously they expect that acting will make them rich?

I think their parents just want their kids to do what they couldn’t do. But sometimes it’s too forceful and it’s not what they like. My mom never put that pressure on me. She’d be like, “Whatever you want to do.” Obviously she wasn’t like, “You can do anything!” But she supports whatever I do, and she’s pretty understanding. She’s not always gonna say yeah.

She’s always been supportive of skating, too?

Yeah, definitely with skating. Well, with me and my mom too, my mentality is skating first and then acting. ‘Cause I grew up skating and started acting, so I can’t get rid of skating but I can get rid of acting. Even though that’s “where the money is” or whatever—I enjoy both.

_ *”I grew up skating and started acting, so I can’t get rid of skating but I can get rid of acting.”*_

How did you get the role for Mid90s? What was the process there?

I was skating Stoner, my local park. And Jonah knew what he wanted: he wanted to cast some kids who never acted before, so it’s more authentic. More natural. He went to Stoner and Mikey Alfred—he knew that I skated Stoner—introduced me to Jonah. I was like, Whoa…

So you were already aware of his work.

Oh yeah, one-hundred-percent. I love Jonah. So he came up and was like, “Yo wassup?” And we just had a conversation. For Jonah it was a casual conversation, but it wasn’t casual for me! I was so overwhelmed; I was like, What is happening?

He was like, “Do you have any acting experience?” And I didn’t know what this was for. I didn’t know if it was for a movie, or if we were just talking. I had no clue. I said, “Yeah, I was actually in a movie with Yorgos Lanthimos: The Killing Of a Sacred Deer.” And he was like, “Uh, what?” ‘Cause he was thinking, Oh a kid that acts. He must be auditioning for commercials. But I was like, Yeah I was in this film. And Jonah was good friends with the director so he called [Lanthimos] and he was like, “You need to get this kid.”

Wow, he vouched for you!

Yeah, so he really helped me get where I’m at now—I really appreciate that. That was a really good start, so then I went to the audition.

What was your reaction when you read the script for the first time?

It was one of those scripts that I just read the whole thing. And that’s a good thing! I have ADD and I have to take medication because I can’t focus that well sometimes. I read the whole script, and I didn’t even have my medication!

“After this film I basically lived the ’90s for two-and-a-half months!”

_Could you relate to the story in any way? _

Well, first off it was a test. Skating is very corny in films, VERY corny. And that first impression of skaters is like [a stereotype], Oh they do this. And movies usually show what it’s all about, but it’s always fucked up. You can’t make a movie about something that you don’t know about, or the actors don’t know about it, so why even try?

But with this, Jonah grew up at [Santa Monica] Courthouse and he would actually skate. He wouldn’t just be there for a day trying to ollie and then leave. He was committed to skate culture and he still is, because everyone is familiar with him. So he cast skaters and THEN taught them how to act.

So judging by the script, you already knew that this would be a true representation…

Yeah I knew it would be very honest. I’m not too familiar with skating in the ’90s, but after this film I basically lived the ’90s for two-and-a-half months! [laughs]

What was your impression? Did it seem like a weird era? Or did it seem similar, just with different clothes?

Um, well it wasn’t really similar but I liked it a lot. I loved it.

Were you comparing the ’90s with your current skate experiences?

No, no, no. I didn’t want to because I wanted to stay in character, so once I saw what everything looked like on the first day of shooting… I’m actually wearing the jeans from my shoot right now [laughs]! Once I saw the wardrobe and everything—there were even like Pogs in the room—[I saw that] Jonah put a lot of time into it.

As soon as I saw that set I was already in character because we did so much rehearsing. It was insane: solo rehearsing; rehearsing with Lucas [Hedges] and Katherine [Waterston]; rehearsing with Nak[-el Smith], Olan [Prenatt]… A lot of rehearsing! It was almost an option, too, but we wanted to be the best that we could be because it’s Jonah’s first film that he’s directing. Obviously, the more you practice the more comfortable you’re gonna be with it. So we were already those characters, and we felt so comfortable that it just came out naturally.

Do you have a favorite scene or a scene that was more affecting to you?

Those are two different things for me, because the most affecting one is probably the scene with Ryder [McLaughlin] when he’s talking with the girl about his idea. When he was talking with the guys previously, they had the most negative response, like, Oh don’t do that, it’s trash. That scene made me so happy ’cause I was watching and it showed someone that was supportive and that one person can change everything. The facial expressions in that scene, everything—they both delivered it and impacted so many people. My friends were like, “That’s how everyone feels that one time.”

Now that I think about it, that’s my favorite scene too.

Mid90s is now playing at a theatre near you. Visit the film’s site for showtimes. 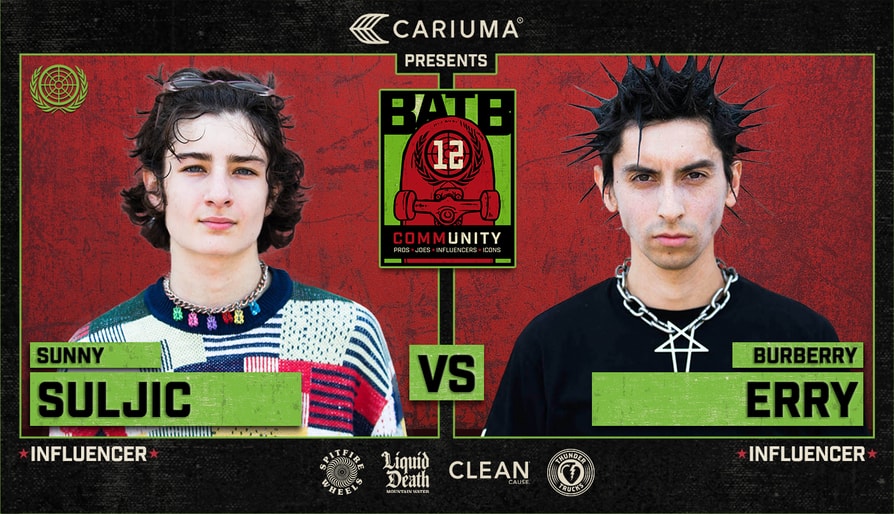 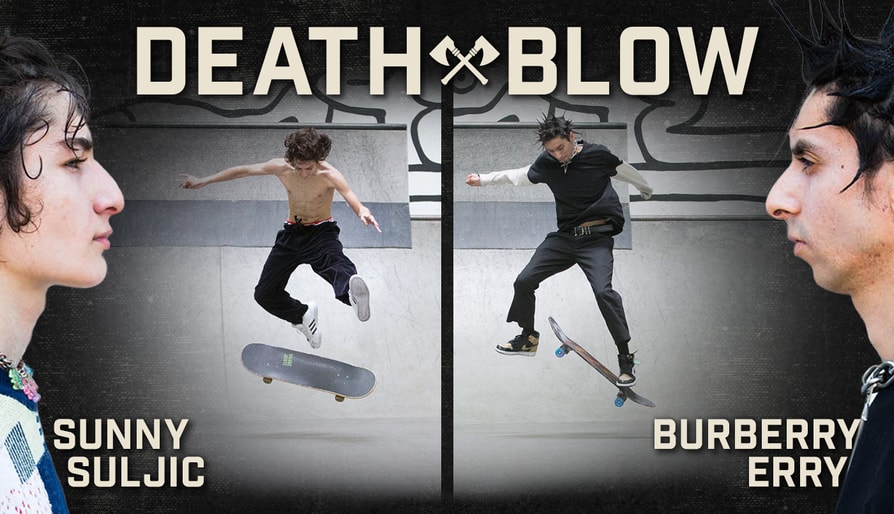 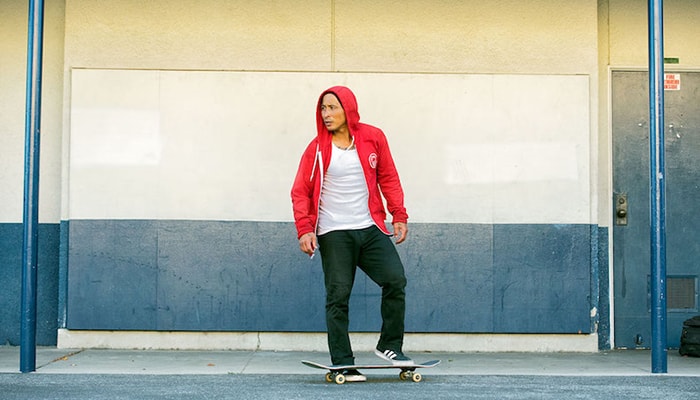 Song, one of the most loyal professionals in skateboarding, made the announcement this morning.
Oct 26, 2018    0 Comments 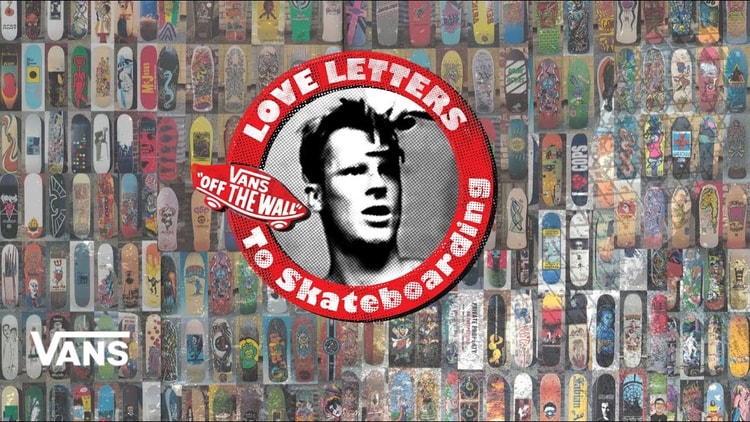 The topic is graphics, and Cliver is one of the most compelling (and knowledgable) artists in the game.
Oct 26, 2018    0 Comments 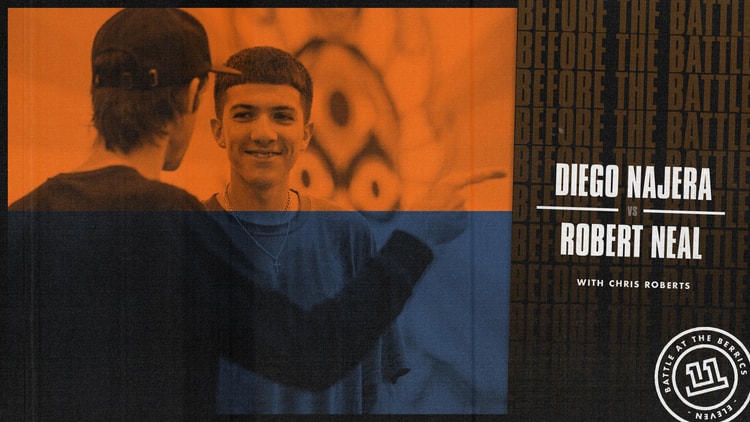 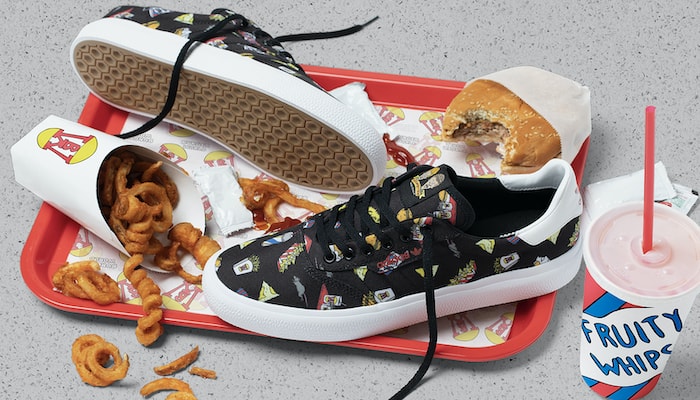 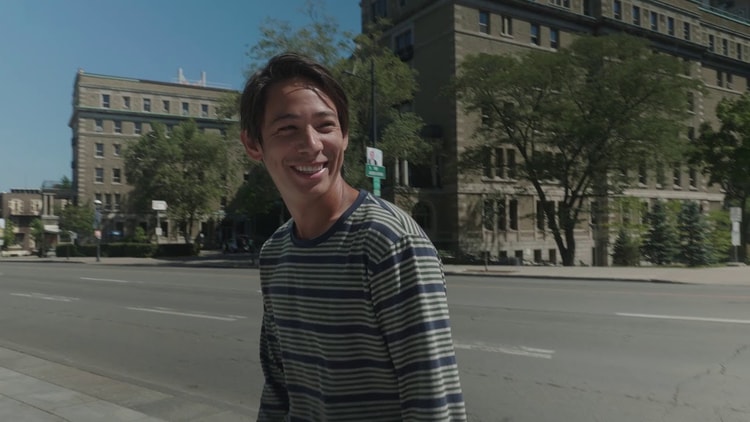 Malto and Caples checked out Montreal’s French culture and spots, and they even taught each other a thing or two about transition.
Oct 26, 2018    0 Comments 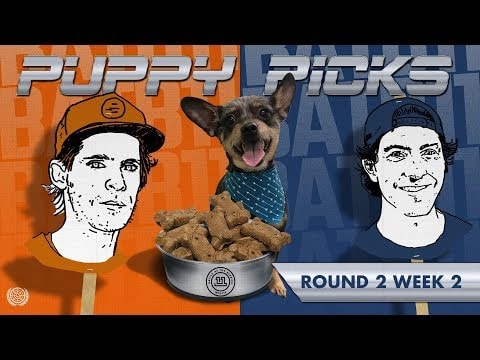 At The Berrics, every dog has its day… to predict the winners of BATB 11. This weekend, Diego Najera battles Robert Neal and Trent McClung faces off against Tom Asta. Next stop: dog town.
Oct 26, 2018    0 Comments 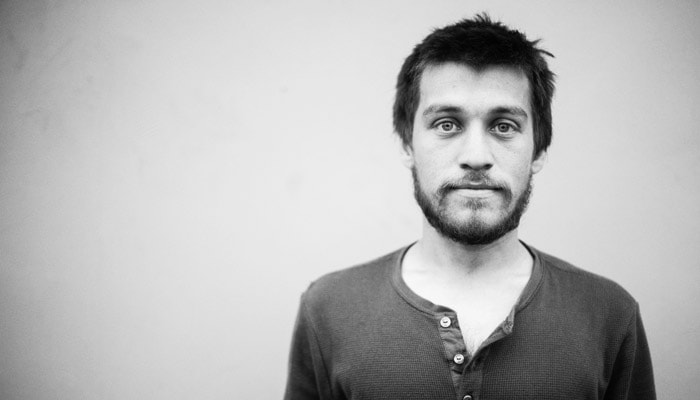