Zak Itani is a videographer specializing in super slow motion videos. For a recent project, he rounded up Victor Campillo and shot some super slo mo skating in the streets of Aix en Provence, France. The footage is pretty rad, and they were able to barge it and get this done in just one day!

Zak was initially interested in shooting skateboarding at 1,000/frames per second to “showcase the dynamics and aesthetics of skateboarding that we often miss because it’s just too fast to appreciate.” His crew pulled it off. His piece, titled “When it is Too Fast to See and Too Important Not to,” proves that the devil is in the details.

Here’s a short interview with Zak to get some insight into his inspiration for this project. Zak is currently working on some other projects, but he is always happy to discuss life in the super slow lane.

First off, do you skate?I used to skate everyday when I was younger (10-18 years old) with a bunch of friends. In our small hometown, we used to go out and chill, play all sort of games with all these weird concrete shapes, metal bars, which turned out to be our local skatepark. But at the time we didn’t even know it had a proper name. One day a friend just came along with a skateboard. Well, it literally looked like four gritty wheels attached to a rotten plank. Then all those weird constructions made perfect sense. They were made for skateboarding. We would fall so often just trying to ride around, but ultimately we got to manage and progress quite fast. Today I occasionally skate but I never go crazy or too technical—with the job I have I can’t afford injuring myself anymore.

But, at the time I would miss a day or two from school, which sounded like a great plan at the time!

I was practically only doing extreme sports (skateboarding and freeskiing) and really got to enjoy the atmosphere surrounding these sports: people’s easygoing and motivating attitudes, lifestyles, friendships. I would watch a ton, I mean literally A TON, of videos as well as skiing or skateboarding videos. I still do. One day it just occurred to me: “face the truth, you’ll never be good enough to be pro or something, so why can’t I try to be the guy filming all that crazy stuff? You’ll travel, you’ll have fun, you’ll be allowed to yell when the rider stomps a trick, you’ll party, and you will ultimately have quite a nice job filming all this.”

So I went three years to Paris to get a degree in cinematography where I also discovered in myself a true passion for filming techniques, composition, lighting, and all the elements that actually give a specific look to this or that film. A got a few internships—in sport-oriented production houses—here and there and that’s how I started basically. Recently I shot the Red Bull Bowl Rippers in Marseille—not as an intern, though! [laughs]

What was the process like for shooting this video? How long did it take?

The process is actually quite short and straightforward. Meaning once you find the right skater and you’ve scouted a few spots here and there, and got that camera in your hands, it all happens on the go. It took us a complete day to shoot the video.

“He just threw his board on the ground and nailed it a second time. Hats off to Victor as he really is a consistent and truly talented skater.”

Were there any funny pedestrian incidents while shooting? I’m assuming that people don’t see this kind of performance every day.

We shot on December 22nd so people were obsessed with getting their gifts on time. No time to bother us! This time people would stop because of the size of the lens, camera and tripod. It had that “pro” look. I was filming with the real cinema gear and people got curious and came asking about the shoot. One guy even came asking if I could film his next conference, you know, like I’m the type of guy who would film a four-hour conference on how bananas in Lebanon grow in greenhouses!

Basically, they assume there’s some serious business going on and don’t want to interfere with the shoot. Yet, I assume it is a worldwide standard for skateboarders to be kicked out of a spot. The five-0 on that semicircle rail was a first try. The first try one is the close shot. Then a lady came out threatening to call the cops, telling us to get a job rather than disturbing the ones who have one and all that blah-blah shit. But I really needed the wide angle… So, we agreed to pack and leave, I pretended to take the lens off, my friends spread out and I told Victor, “Now! She’s back in her office. If we shoot right now we’re good!” He just threw his board on the ground and nailed it a second time. Hats off to Victor as he really is a consistent and truly talented skater.

How did the shooting of this video differ from your other projects?

It is always very different shooting slow motion for obvious storage reasons. At 1000fps in full HD, the camera records 2-3Gb/second. It just blows your mind. We had two 256GB memory cards and by the end of the day they were full and we had shot maybe two or three minutes in total! (I only record three seconds or less at a time.)

The geniuses who manufacture these cameras are very clever. Since it eats a ton of storage, you trigger the camera’s record button only after the action occurs. Basically, the camera is in a loop mode where it is constantly recording and once you trigger, it fetches the last two seconds or so when you programmed it. That is very practical in sports where athletes are likely to fail their trick. If he misses, I don’t trigger. Rinse and repeat.

I use slow motion cameras quite often and it differs quite a lot from standard shoots since, as a cinematographer, you must train your eye and visualization to see the unseen—to see what is too fast to be seen and chose which moment from that one second sequence is worth capturing. So it is indeed very different than visualizing a regular scene.

“It’s relaxing. You could replace your beer with a cup of Earl Grey and watch skateboarding in slow motion!”

Did the finished video influence your understanding of skateboarding in any way?

Well, yes. It’s always a matter of perspectives but now I am more fussy about what happens in the details. Those instants that are invisible to the naked eye.

Skateboarding is remarkably beautiful. It is a unique body language and super slow motion just proved me right. Don’t get me wrong, regular skateboarding videos are great and I really love watching the riders’ performances, I can never wait for the so-called ”last trick” in every single video I watch but this time it just felt good appreciating skateboarding from another perspective. It’s relaxing. You could replace your beer with a cup of Earl Grey and watch skateboarding in slow motion!

Was there a shot that you really wanted to get but were unable to for any reason?

Overall I am extremely satisfied with what we shot. I wish we could have gone bigger, though. I really would have loved filming that one flip back over 10 stairs or that long crooked hand rail and stretch time to appreciate the full length of that move. Victor Campillo goes big, often. It just wasn’t that type of day or motivation, but it’s really nothing to regret.

Yeah, for one day of filming this was amazing. Do you think that there is any untapped use for extreme slo-mo that hasn’t been explored yet?

Oh definitely. I have the ideas, all I need is a producer and athletes willing to throw down money and tricks! [laughs] Seriously, I think filming a trick or anything in slow motion isn’t very innovative. The concept is paramount. The directors of Fully Flared [2007] totally understood that. Great skateboarders, great cameras, and several pyrotechnic tricks. The latter being the concept. Best skateboard movie intro ever, in my opinion. In that regard, imagination is the only limit.

What’s next for you?

I just received the screenplay of a movie to be shot in Canada, so I’m reading through this at the moment. Snow season began here in Europe so I’m hoping to film some freeskiing soon and a super slow motion music video is in the pipeline.

Belgium’s Maité Steenhoudt talks about the friends she’s made over the years and why just going for it should always be a priority in ‘It’s Important To Try’.
Oct 1, 2021    0 Comments
Skateboarding

Here’s how we think this happened.
22 Hrs ago    0 Comments
Skateboarding 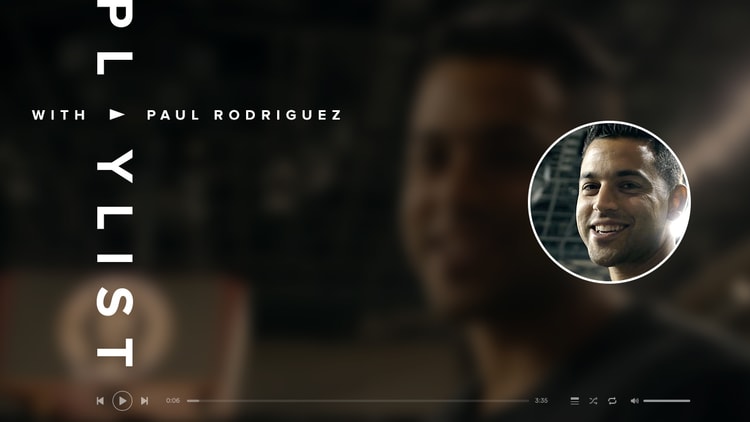 You could get lost in P-Rod’s playlist. His appreciation for songwriting and musicianship ensures that he’s never without a quality soundtrack to keep him hyped—Whether it’s Big Pun or Billy Corga...
Jan 6, 2017    0 Comments 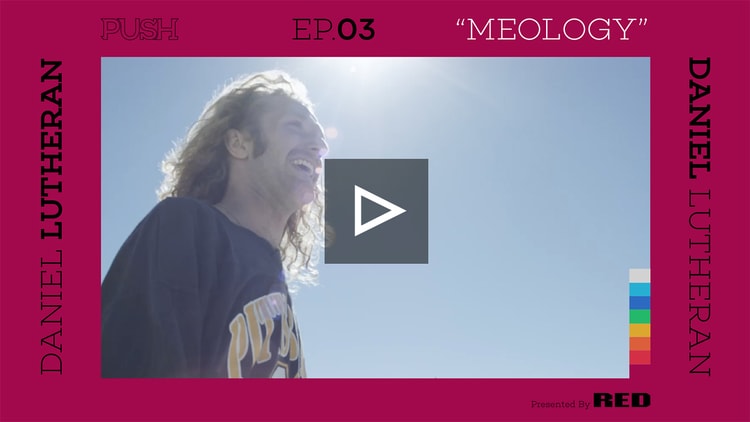 In his third episode of PUSH, it becomes clear that from a very early age Dan Lu had unlocked some mysterious door leading to self-discovery. He’s been able to achieve every life goal that he set...
Jan 5, 2017    0 Comments
PUSH Push 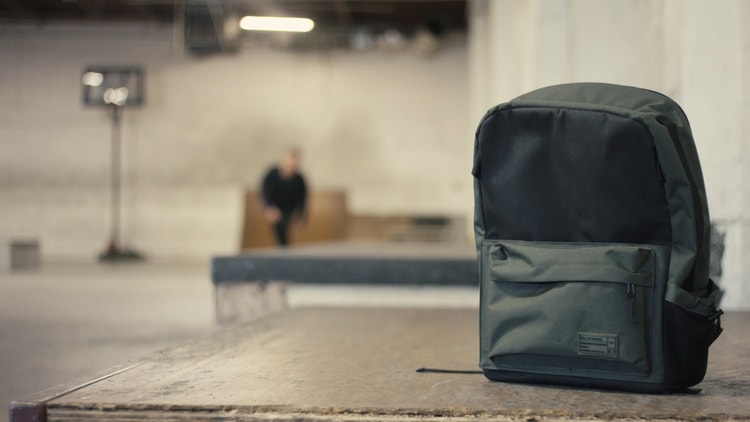 Guy Mariano opened up his private park (you know the one) to a bunch of local skaters and had a fun event—a private session with Guy, Antonio Durao, and Eric Koston—in collaboration with HEX.
Jan 5, 2017    0 Comments 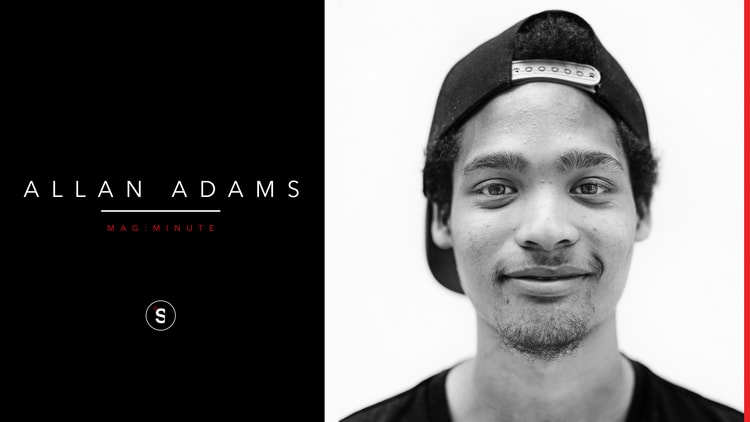 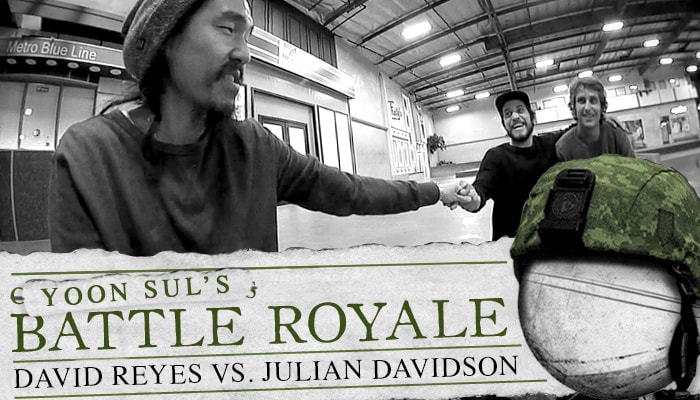