If you didn’t put the info in last week’s article on strength training into action quick enough and now you’re injured, well, no worries, this week we’re talking about injury rehab. Skateboarders are arguably the worst breed of humans when it comes to rehabbing injuries. It’s pretty much unheard of for us to seek medical attention unless our genitals are split open or half our face is hanging off, and if the injury hasn’t reached this level of severity, the rehab process often involves nothing more than a small amount of rest and an extra night of drinking. Our rehab methods seem to be based on the idea that there are just two modes for all parts of the body: okay and injured, and if you leave it to do its thing, it will eventually be okay. The body has been developing for more than 3 billion years and, excluding Shane O’Neill, there isn’t much out there that’s quite as tech. Although it’s pretty amazing at healing itself, leaving certain injuries to heal alone without any rehab, or returning to skating too soon before you’re properly recovered, can not only prolong the recovery process, but put you at risk of further injury. Either way, it will take longer for you to feel comfortable on your board again.

Whatever injury you have—a sprained ankle, a raging heel bruise that comes back every other session, or something more serious like a tear in your ACL—the damage will obviously result in your body not functioning as well as it normally does. The ideal outcome of rehab is to restore your body back to its initial pre-injury state, or even leave you stronger and more resilient than before. You’re probably reading this thinking “Come on brah, tell me something I don’t know,” but for most of us, if we dig deep into our souls and are completely honest with ourselves, it will be difficult to remember a time when we really dedicated ourselves to the healing process. Even those who actually seek medical advice often sack off the recommendations as soon as they start feeling just a little bit better.

Along with many injuries comes a loss of range of motion, strength, balance, muscle control, and timing, etc., things that have a big effect on your skating. Ankle sprains are one of the most common injuries in the skate world for which the most popular method of rehab is the one mentioned above—chill until it feels alright, and then go straight back into skating. This style of rehab is the absolute winner if your goal is reinjuring yourself and prolonging the recovery process. However, for ankle sprains and a lot of other injuries, once the initial inflammation has gone down, you need to start gradually using it again and restoring any lost range of motion and strength. If you take the chill approach, not only will you get back to skating weak and stiff with less balance and control, but the lack of use can end up weakening other areas around the injured spot, increasing the chance of further damage. Anyone who’s had a serious injury that’s kept them in a cast or off their feet for a while will know how quickly strength can be lost in a body part that isn’t used. In fact, after Mr Tickle got his arms stuck in a windmill back in ’97, his lack of rehab was what left him with arms the way they are. Even though this paragraph has been very anti-chill, it isn’t to say that chilling isn’t an important part of rehab. Rest is often needed to keep your injury protected from further damage throughout the rehab process, it just usually needs to go hand in hand with active rehab.

Another aspect that often needs rehab to return to normal is the timing and control that you have over your muscles. After an injury, your brain can sometimes re-tune certain movements to protect you from further damage and it doesn’t always naturally revert back to its original movement patterns, or at least as quickly as you might like it to. This is where specific exercises are needed to re-train your control over your movements. If you jump back into skating after rehabbing with nothing but rest, the likelihood of kneeing yourself in the face when you try your first kickflip is high. Actually, that probably wouldn’t happen, but the chances of re-injuring yourself due to poor control are much greater, and getting your tricks back could take much longer.

Along with the need to restore the physical damage injuries place on the body, the mental realm is also important. When you’re injured it’s easy to end up depressed and start hating your friends and family, and even your own face, but keeping it positive, although a cliché, can actually enhance your recovery process. It was found that stress and negative traits, like lack of sleep, poor diet, smoking cigarettes, and mongo pushing, actually slowed down recovery, whereas positive traits and emotions sped it up. Those damn hippies were right after all!

Although it can be hard to maintain the positive vibes when you’re injured, try to see it like Torey Pudwill did when he tore his meniscus. In an interview, he said, “An injury like this, it’s always kind of a blessing in disguise.” Instead of spending your time complaining and feeling sorry for yourself, seeing the time off your board as an opportunity to work on something you’ve been neglecting can be a solid way to flip it into something positive and speed up your recovery. You could focus on something that will improve your skating, maybe something like increasing your flexibility, or strengthening other uninjured parts of the body. Don’t be the bitch of your injury, realize that you have a lot of control over how fast and well you recover and just do what you need to do. T-Puds finishes off the previous sentence with “you get hurt, you take a couple of months off, you rehab it real strong, and then you come back just skating harder and stronger than you ever have before in your life.”

As every injury is different and there are usually so many aspects to consider, visiting someone who knows what they’re talking about—like a sports medicine doctor or physiotherapist—and exploiting their knowledge should always be your first option, and if they specialize in skateboarding, even better. They’ll get you back on your board as fast as possible and in the best condition possible. They’ll also tell you how to restore everything we’ve spoken of above – range of motion, strength, balance, control, – and when your body’s ready to start doing so. The order that you start retraining these different aspects, when, and the intensity that you do so, are things you really need a professional to guide you through. Listen to your body and what the doc says and you’ll be back in your board in no time. If you live in California, a great option is Dr. Kyle Brown (Instagram: @dr.kylebrown)—a rare breed of half doctor, half skater—who specializes in rehabbing skateboarders, including a lot of the pros out there.

The Daily Push is also currently working with some of the world’s best skateboarding healthcare professionals, including Kyle and others such as @skateboardphysio (Jeroen Stam), to create a database of guidelines and exercises for rehabbing common skateboarding injuries.

All of the above, along with exercises to strengthen your body and prevent it from injury, how to warm up properly (not in the way most skaters warm up that increases the risk of injury), how to recover from a session, and much more can be found at www.thedailypush.com. 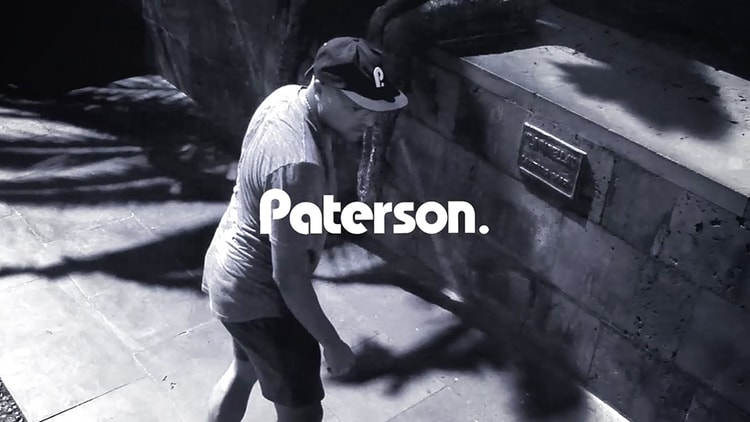 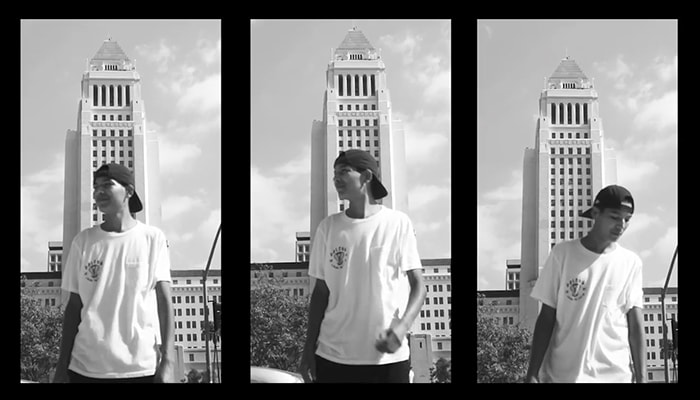 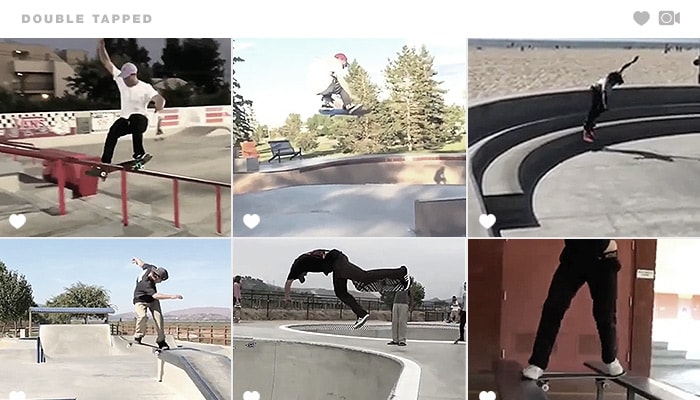 So many clips are lost forever in the black hole of Instagram’s infinite scroll. “Liked” once and forgotten. Double Tapped is our way of slowing down the ever-growing feed, allow...
Oct 18, 2017    0 Comments 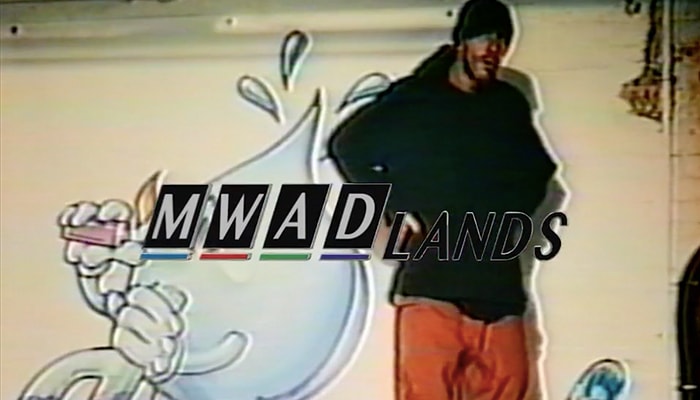 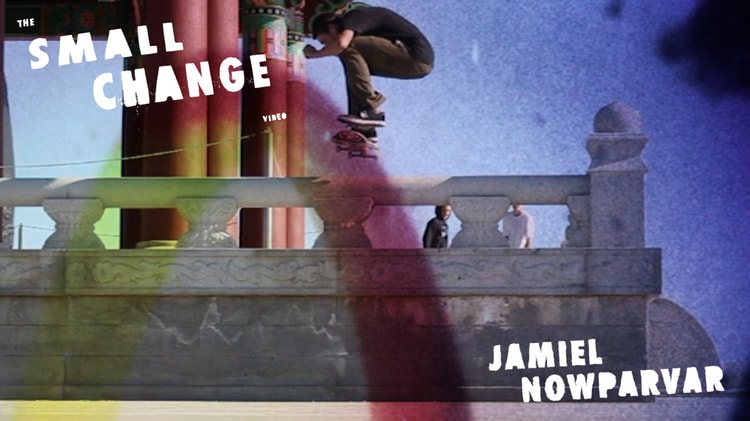