Alright, this week it’s an awkward one. This week we’re getting into something that’s far from common in the skate world, a topic that’s going to get a lot of resistance, a topic that will go against a lot of people’s feelings about what skateboarding is about. But sack it, we’re doing it. This week we’re talking about the benefits of riding a scooter, how gripping those bars can not only improve your style but… Nah, just messing. This week we’re talking about strength training/exercising/pumping the beef, or whatever you like to call it.

The idea of strength training often generates an image in the mind of some oiled-up dude flexing in a pair of Speedos, however, it isn’t only about public flexing and just a short amount of time each week can not only protect you massively against common injuries, but even help you take a slam and increase your pop. It might not seem like it, as you don’t see many skaters blasting it out in the gym, but skateboarding requires a lot of strength to get you off the ground. The stronger you are the less effort it will take to pop, using up less energy, meaning you can skate for longer without tiring; more strength helps you absorb the impact from jumping down big shit—it means better shock absorption, which will literally help you roll away. And strength training help you to constantly maintain your balance—it can help you hold those mannys for longer. Daewon Song’s ankles are probably so strong he could take down a horse with one kick.

Jumping so much, normally onto concrete, can attack your joints more so than a family of raccoons would a miniature cottage made of cheese. Your muscles act as mini force fields around your joints, and the stronger they are the more impact and pressure they absorb, minimizing how much is placed on your joints. The most common injuries skateboarders deal with occur at the ankle and knee joints, and by building up the strength in the muscles surrounding these joints not only will you have extra protection against common sprains and strains whilst you skate, but you’ll also minimize the chances of joint degeneration and more serious injuries, keeping you skating as you age and your nips start to wrinkle. If I’d written this article 70 years ago when your granddad was laying down the hammers, knocking out a few exercises might have saved him from needing a walking stick to get around these days.

In terms of learning new tricks and improving how you skate, strength training arguably isn’t that necessary. The total number of sit-ups in the skate world probably hasn’t gone much past 12 this year and look how much skateboarding has evolved; these days every skatepark has a little bastard that can flip in/flip out of anything. Getting better at skating relies more on just practicing your shit—over, and over, and over again–along with having the balls to actually stick what you’re trying. However, this doesn’t mean strength training can’t improve how you skate and, in fact, it can make a big difference in terms of things like increasing pop, increasing your endurance so you can try your trick for longer, or reducing that extra lard that’s making every slam hurt just a little bit more.

If you start to run out of power mid-sesh the quality of your movements will also decrease. When you start to fatigue, your body can’t generate enough energy to move in an optimal way, and as a result can compensate by putting pressure where it shouldn’t, increasing your chances of getting injured; injuries always seem to occur when you’re either just messing around on flat or when you’re tired. Increasing your strength makes your body more efficient, making each movement require less energy, reducing how fast you fatigue, minimizing the chance of compensation injuries and just making each trick easier, at least to try. And good news kids: skating frequently is also a massively important part of building up your endurance; your body increases its strength to specifically handle whatever stress is being placed on it, so the more you skate, the more it becomes accustomed to skating. If you’re just straight up lazy and want skateboarding to take less effort, putting in a small amount of work once or twice a week on some different exercises could be your answer.

When it comes to big pop, if you weren’t born in Brazil one of your other options is increasing your strength. If you take two people who are identical in every aspect, except one being stronger than the other, the stronger one will have bigger pop. I can never tell if Brandon Westgate’s joking in this interview when he says the secret to his monster pop is squats, but it kind of is one of the secrets. The fact that the movement of a squat is so similar to how you start almost every trick makes it perfect for building strength for skating. Another technique to increase your pop is something called plyometric training, which is essentially jump training and a popular technique used by many, including NBA players, to increase vertical jump height. The way it works is by training your muscles to fire faster, teaching them to use more power in a shorter amount of time. For a full program that goes deeper into increasing your pop, plyometrics and the other secrets of big pop, head over to https://www.thedailypush.com/tweaking-gpop.

As I’ve already said, one of the best things you can do to prepare your body for skating, is skating itself. For everything that’s been mentioned above – protecting your body from injury, building resistance, increasing your pop, etc., skateboarding will help you. But if you’re looking to add that extra protection to your body now and for the future, strengthening exercises should definitely be a part of your skateboarding life. Imagine you’re outside in the rain and all you’ve got is one of those tiny umbrellas you get in a pina colada, no matter where you move you’re going to get soaked. But if you upgrade to a normal umbrella or a beach umbrella you’re able to move around much more without getting wet. In the same way, increasing your strength allows you to abuse your body further by giving you greater protection and covering you against more pressure and more forceful movements. In Neen Williams’s recent Vice clip he says “Football players… train to do what they do and they’ve got pads all over them. We don’t even have pads, we’re just fighting with the concrete. We don’t have 300-pound men falling on us but it’s on the same kind of level. You might as well take notes from the football people so you can do stuff like that.”

The Daily Push has recently hooked up with Sebastian Brandon—a skater and strength and conditioning coach at Grand Canyon University in Phoenix, Arizona—to put together a set of exercises with the purpose of solidifying your body, increasing your strength and protecting it from injury. The exercises can be blasted out quickly without the need of any equipment or experience, and it should only take a few weeks before you start to reap the benefits. Check the full program out at www.thedailypush.com/tweaking-strengthening along with everything else from how to properly warm up for a skate to how to recover from a heavy session. 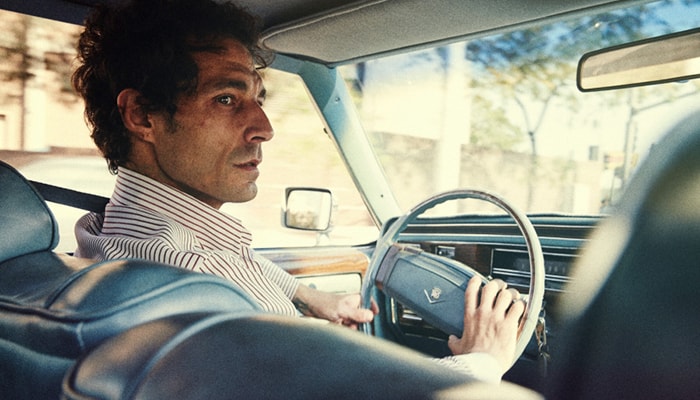 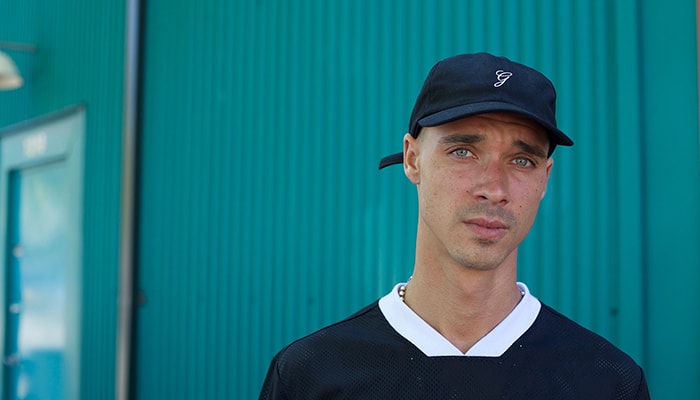 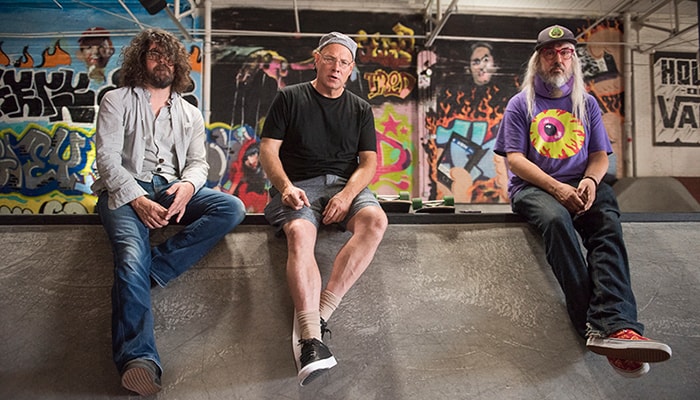 THUNDER — How to Spend $200 With Franky Villani 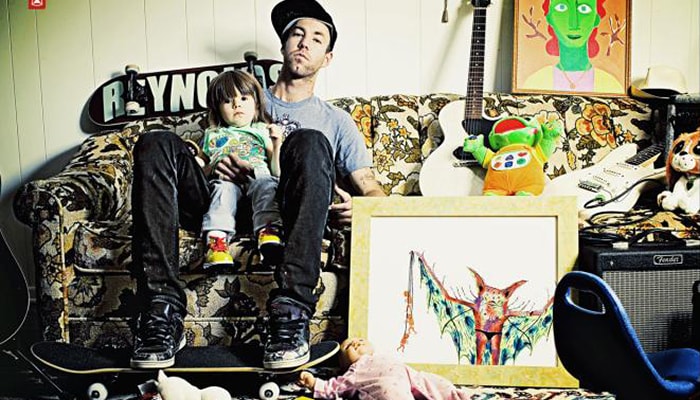 ANDREW REYNOLDS — On Being a Father Figure 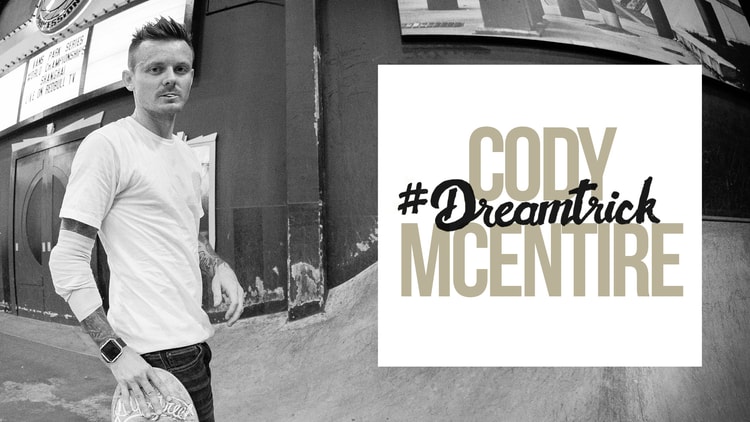 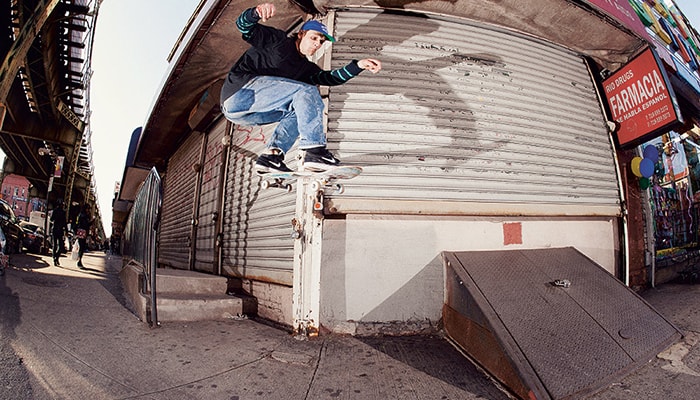