The Friend Ship’s Tim Olson is a heavily tattooed individual. Colorful ink of all sizes and styles adorn his body, but the tattoo that will immediately catch your eye, on the knuckles of his left hand, simply says “1986.” For skaters of his generation, the meaning is likely obvious: this is a peak year in skateboarding’s popularity. Whether it was due to Animal Chin or the Corey O’Brien “Reaper” board or the rock n’ roll sideshow of high-production-value vert contests on TV, 1986 was the year when an absurd number of kids—Olson included—started skating.

Now, this group of skaters who were in their early teens circa-‘86 are now over-40 skateboarders who remember everything. All the trends that have come and gone and, in a stubborn attempt to confound the elderly, all the trends that have briefly reappeared, are locked tight in those middle-aged steel traps possessed by the decades-deep faithful who’ve experienced skateboarding at its best… and who even revel in the memories of skateboarding at its cringy, cautionary-tale worst. Olson, at 45 years old, has one of those steel traps.

Originally from Milwaukee, Wisconsin, Olson now lives in Los Angeles with his girlfriend, artist Cara Corder. In 2014, he started The Friend Ship with David Ritchie, the owner of Surprise Skateboards. Originally conceived as a sister brand to Olson’s previous sponsor, Rogers Skateboards, The Friend Ship’s aim is to make skateboarding relatable again. Everything, from Olson’s lowbrow aesthetic to his curation of team riders, is an aid of this one clear goal.

Olson’s guiding principle of relatability was fostered at Roger, when Michael Sieben tapped him—half of the duo “Tim and Eric,” along with Eric Risser—to be “Roger of The Month.” The monthly promotion was a fun gimmick for soliciting clips, but it was always meant to be a temporary title. When Sieben offered to officially put them on, it was a shock. “We sucked! Like, we were not good,” Olson remembers. “We were just doing different shit and I guess people liked it.”

With Tim and Eric, Roger Skateboards caught lightning in a bottle. Here were a couple of guys who had something intangible, a quality that expanded beyond the measurable worth of, say, stair count—and skaters could relate to it. Olson and Risser pioneered a different class of weird shit. To better illustrate this, Olson offers the perennial prowess of Nyjah Huston as an example: “Kids are like, ‘I could never do that.’ [Tim and Eric] was something they could go outside and fuckin’ do.” (Now’s a good time to watch Second Hand Stoke or Cool Secrets for a visual aid.) When it comes to sponsoring team riders for his company, Olson always keeps this intangible quality in mind.

Three years after the company’s launch, The Friend Ship is still filling a hole in the skateboard industry that has been continually eroded by the effects of seriousness and Guinness world-record level achievements. The key for Olson’s success in this area is an unrelenting form of self-deprecation that can be maddening; he doesn’t know how to take a compliment, in a sense. He’s quick to give credit elsewhere, usually well-deserved. But when it comes to ownership of his ideas, he’s quick to categorize them as “dumb.” Opinionated to a fault, he reserves his harshest criticism for his own work (“My art kinda sucks… I’m a dude that just draws shit”). Olson does roughly three (“shitty”) designs per season—Corder (the artist responsible for the above portrait) will usually do one, as well—and delegates the rest of the creative to different artists that he’s stoked on. “I’ll kinda just go through Instagram,” he says, “DM ‘Hey you wanna do a board? I can’t pay ya!”

This process of curating has had astounding benefits. If you’re familiar with The Friend Ship boards that have been released to date, then you already know that the graphics are diverse and original—even when the design is a barely updated homage to cartoonists Jim Davis or Charles M. Schulz. With humor that relies equally on wordplay (the scatological slick bottom deck, “Mudslide”) and brand awareness (a recent “Farting is Awesome” model had a brief, controversial run), Olson really knows how to get a message across to his audience. And, as much as relatability factors in how he chooses riders, he consistently finds common ground that combines the best of pop culture with skateboarding, hence the requisite Bart Simpson cameo season after season.

Although Olson doesn’t technically create every design himself, his skill in delegating these tasks to outside talent—some of whom he has yet to meet—is on another level. Being able to clearly communicate abstract art concepts to a team of unique collaborators is just one way that Olson has been able to keep The Friend Ship true to its original vision, all the while growing his team (the recent addition of Ryan Gallant was an unexpected coup) of like-minded riders. 1986 is long gone, but with Tim Olson’s direction The Friend Ship may be usher in an era of skateboarding that we can all relate to.

For more on The Friend Ship, visit TheFriendShipSkateboards.com 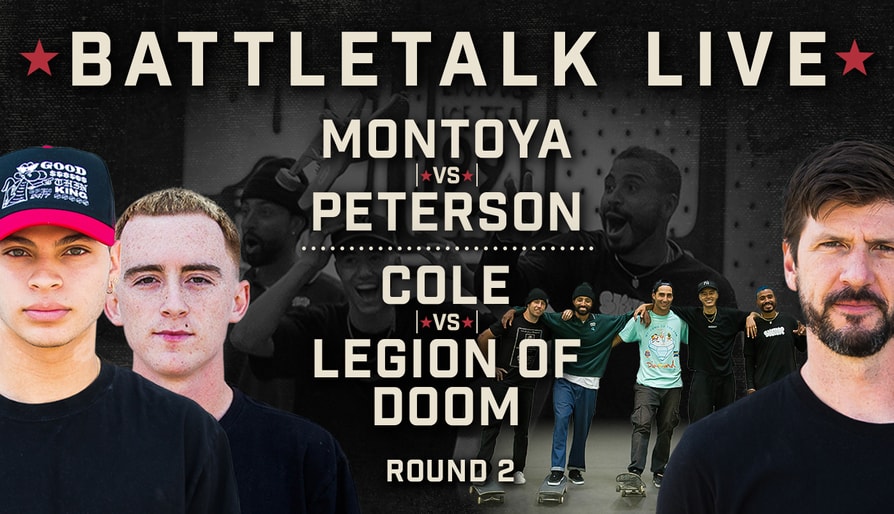 FALL IS OUR FAVORITE TIME OF YEAR

We love this time of year: the changing of the leaves; Jack Frost nipping at your nose; and the nipping. You just can’t hate on fall. And we’re clever, so we’re showing off our l...
Nov 13, 2017    0 Comments 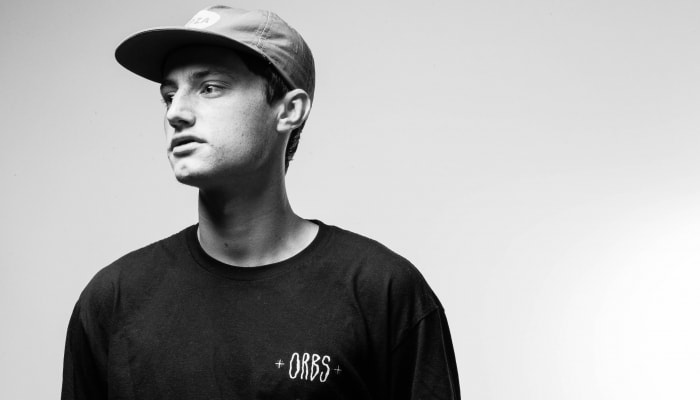 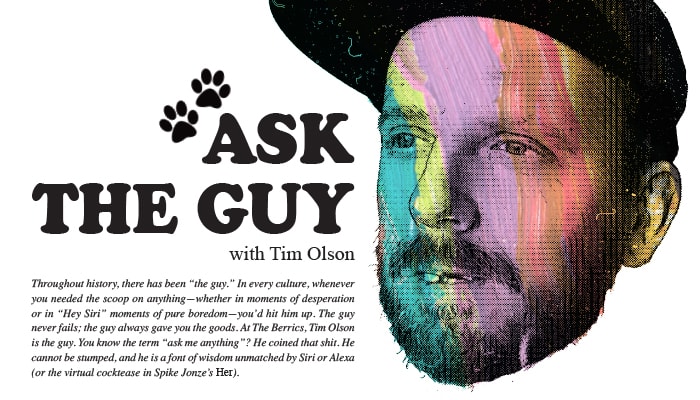 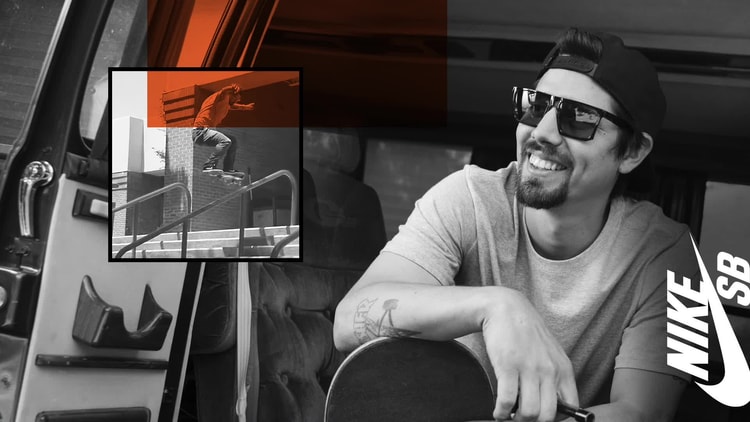 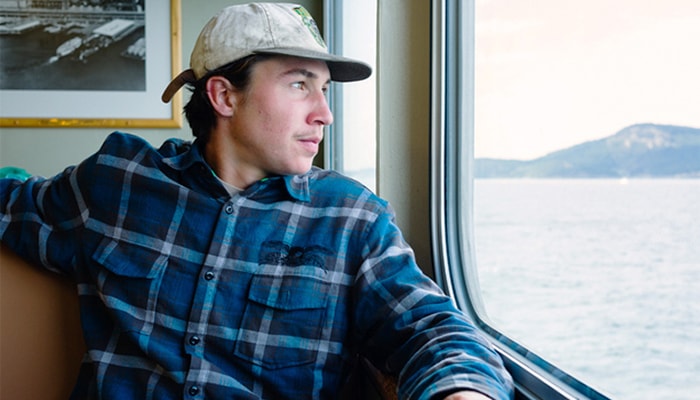 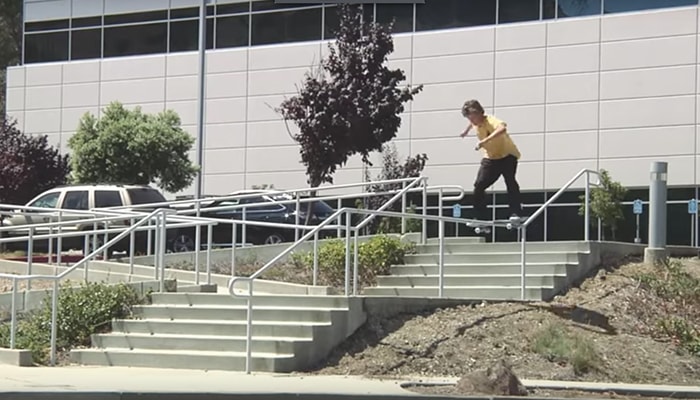 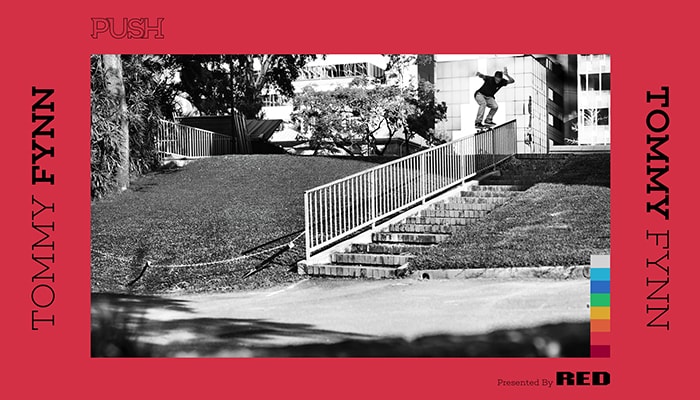 Tommy Fynn’s unbridled enthusiasm, practiced communication, and progressive skating have set him apart over the past few years, and it’s all paid off with this groundbreaking PUSH Fynn...
Nov 11, 2017    0 Comments
Load more
Shop