‘The Nine Club’ crossed the 200-episode threshold today with a lively interview featuring 2019 Battle Commander TJ Rogers. He talks about what it was like to grow up in Canada; getting shop sponsored at 13; moving to a new city, and living in foster care; skating contests before he became Am; getting on Blueprint Skateboards (Canada); sending a sponsor-me tape to Blind, and eventually becoming Pro; coming to California for his first time, and going to El Toro; hosting a yearly contest in his hometown for the young local skaters; the vibe with ketchup chips; finally moving to Cali; getting on eS Footwear; how he got on Red Bull; working on his new shoe colorway; and filming a new Red Bull series documenting a cross-country trip through Canada. (Not bad, eh?) Check out the nearly 3-hour interview, above, and stay tuned for Rogers’s ‘Berrics Gaming Show’ episode!

(For the record, we love ketchup-flavored potato chips. And all-dressed chips are pretty bomb, too.)

Take a 4-hour journey with legendary filmer Jacob Rosenberg in this milestone episode of ‘The Nine Club’.
Sep 27, 2021    0 Comments
Skateboarding 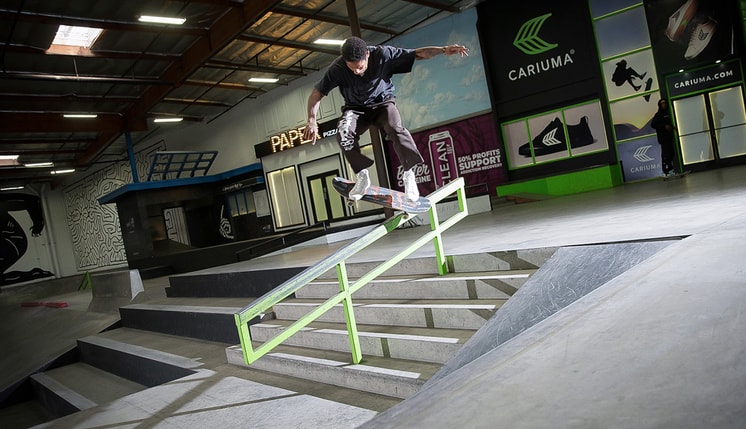 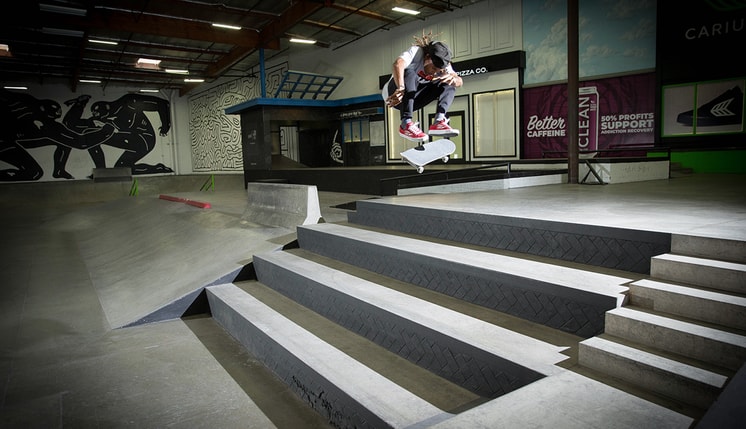 Will Vinicius be vicious, or will Parmisano grate his ass?
Sep 30, 2021    0 Comments
Load more
Shop