Skaters are mad finicky. And with so many of us to weed out, we have to be. We don’t like that dude because he’s knock kneed, wears dumb hats, has droopy shoulders, piss pedals, and then there’s the weird arm thing he does before he ollies. But as quick as we are to point out the trivialities unbecoming of our idealized version of a skateboarder, we’re just as quick to hype the next guy for things the common man would find equally insignificant.

We’re feeling this dude’s plaid button-ups, the way he kicks his foot on frontside flips, or his switch push. But more than anything, we’re backing his stance, how he holds his arms with elbows tilted out, just so. Thankfully for the middle of this paragraph, Kyle Walker is one of these dudes—the kind who rips and looks amazing doing it.

What’s there to criticize?

Besides maybe that one little incident with the shorts…

Aren’t you from Tulsa?

No, I’m from Moore. You need to do a little more researching.

[Laughing] I guess. How far is Moore from Tulsa?

All right then. Are any of the other skaters out of Oklahoma from Moore?

I know Nuge went to the high school my mom went to; that’s like a mile away from my house. I think that’s about it. Peter Ramondetta and Ernie are from Tulsa, so is [Real TM] John Alden. And then Clint Walker is from Altus, near the Texas border. That’s pretty far.

Are you friends with Nuge?

I’ve never met him. I’m trying to; he seems like a rad dude.

Slow down and get impaled or hold your course and risk exploding on reentry? Kyle finds the sweet spot and lives to shred another day. Frontside flip.

Is it a total coincidence that three dudes from Oklahoma ride for Real or is there some connection?

I think maybe John Alden might have something to do with it, considering he’s one of the team managers and he’s from Oklahoma and probably putting in a good word, but I actually have no idea.

I watched the Pushing Oklahoma part you had with Peter Ramondetta…

Yeah [laughing]. What’s going on there?

Well, considering it was 105, 106 every day, I was like, “Fuck it, I’ll just wear some short-ass shorts.” But whenever I was pushing you could see my underwear and shit, but it was blazing hot so I didn’t give a fuck.

Does Oklahoma have beef with any of its neighbors?

In college football there’s definitely a rivalry between the Texas Longhorns and the Oklahoma Sooners. My mom and dad are really into that shit, they’re like, “Texas sucks! Hopefully we whoop their ass.”

Were you into that scene as a kid?

I was. I played baseball and football and skated in between games. Me and my mom would go to the big rivalry games. I’d get my face painted and shit. I was so into it.

Then you got too big to play football.

I was just being sarcastic.

Oh, yeah, I was tiny. I was just a cornerback, I was just trying to run as fast as I could.

You know how you can tell this rail isn’t in Oklahoma? Because you can’t see Kyle’s underwear hanging out the bottom of his floral print short shorts. Back tail (in West Palm Beach, Florida, in case you were wondering).

When you first moved to California did you move straight to SF?

No. The first time I came out here I went to Fullerton for a year. Then I stayed at the Volcom house for a summer because I didn’t have anywhere to go. Then I went down to Vista for a year with Clint Walker and Clive Dixon and Adam Mills. And now I’m in Long Beach. I was down to move to San Francisco, but it was too expensive.

Did your friendship with Clint survive being roommates?

Yeah, we’re good. He’s doing his own thing right now. He’s out in Oklahoma fixing up some RV, doing some RIDE Channel show, I think. They’re going to go from state to state and skating as much as they can. Pretty crazy.

Did they invite you to go?

No, they didn’t. We haven’t really talked that much because he was doing the Ambiguous video and whatnot. And now he’s in Oklahoma, and I’m out here trying to film for some Volcom thing and the Vans video. That’s probably why I didn’t get an invite. Thanks, Clint.

You live with your girlfriend now.

Yeah, I do. And Jack Olson. We all share the same room; we all cuddle.

No, that’s a complete lie.

Does your girlfriend know what a backside overcrooks is?

I highly doubt it, and I’m psyched on that.

Does she have a favorite skater that she wants you to introduce her to?

Are you a fan of Larry David?

From Curb Your Enthusiasm? Yeah, he kills it. I’ve seen every episode.

Me too. Is that why you drive a Prius?

[Laughing] No. That’s so I can conserve gas. I don’t really care what it looks like on the outside, that’s what I can afford, so hate on.

I think a good skate career will last ten years if you’re lucky, and it’s probably good to use some of that time figuring out what you’re going to be doing afterward. Do you ever think about that?

I never really think about that because I never want that time to come. If it came down to it I’d want to be a chef or something, cook some good food, or help my dad with his heating and air company. We shall see when the time comes.

It’s the apartment number we lived in down in Vista, and we all agreed to get tattoos. I was like, “Whatever, I’ll get it.” So I got it, and I don’t think anyone else ever got it. So I’m the lonely soldier with the 238 tat [laughing]. Hopefully they’ll get it one day. If there’s a tattoo gun laying around and all of us are in the same room maybe it’ll happen.

Did you really go pig hunting in a helicopter?

I did, actually. I went with my dad not that long ago—at Christmastime. It was pretty epic. My dad is a super big hunter, he called and said, “I don’t know if you’re interested in shooting any hogs out of a helicopter …” And I was like, “When the fuck do I get asked that? Of course.” We had these automatic shotguns with these red dots and shit, just up in the air, and we’d go over an open field where they all are and then, bam, just kill them. It was epic. They were like 200-pound hogs.

Being up in the helicopter? Yeah, quite a bit, but it was still fun.

Subscribe to The Skateboard Mag today and get 12 issues delivered to you for only $19.95. Coming soon: issue #155, featuring a feature on the upcoming “In Transition,” Santa Cruz’s “Right To Exist,” The Education of Simon Bannerot, Ben Raybourn’s “Ravebourn,” and much more! 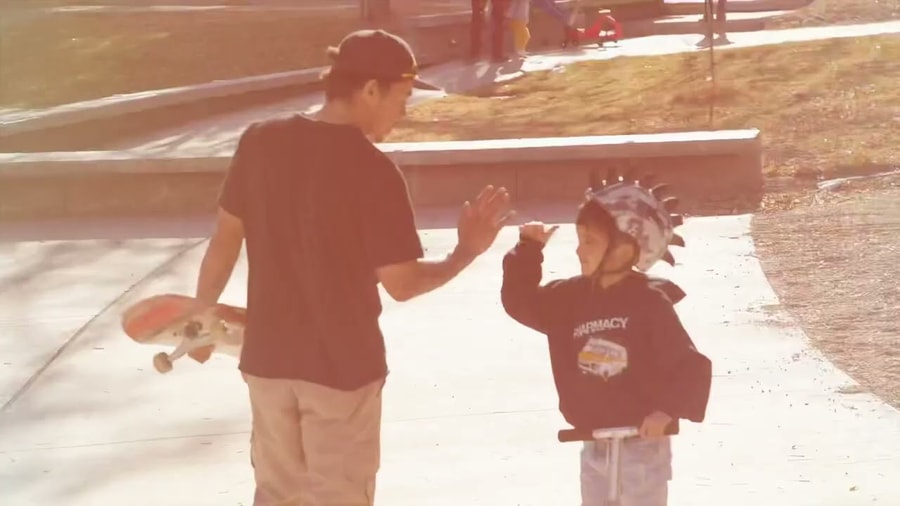 We premiered Blaze Supply’s new full-length, “Ceremony,” for 48 hours in October. This video is one of the year’s best—energetic, amazing skating with a perfect soundtrack—...
Dec 8, 2016    0 Comments 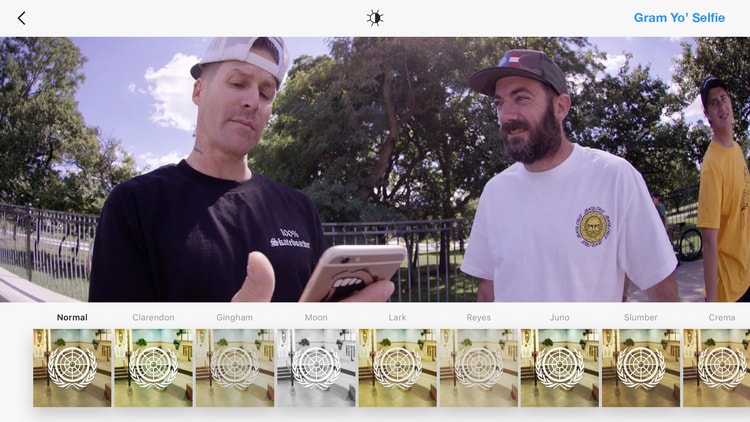 The Santa Cruz team took your steezy requests at Wilson Skatepark in Chicago. Hohos in the deep dish!
Dec 8, 2016    0 Comments 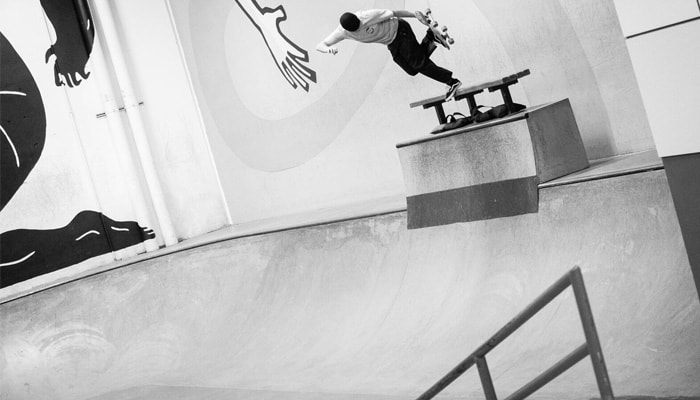 While Josh was filming his In Transition part last year he would always yell “EXTEND IT!” to get everyone fired up before he tried a trick. I always thought that was so rad! Josh is al...
Dec 8, 2016    0 Comments 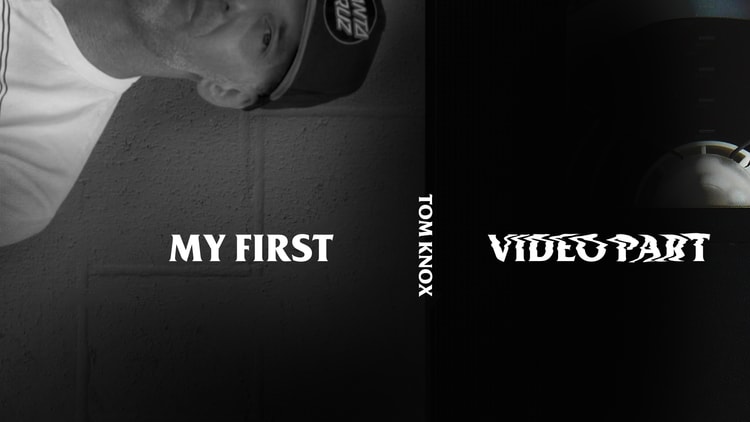 Tom Knox’s part in Santa Cruz’s “Speed Freaks” [1989] was the result of curious experimentation—the backbone of skating—to push himself further. Tom says, “If you can do a kickflip on flatground,...
Dec 8, 2016    0 Comments 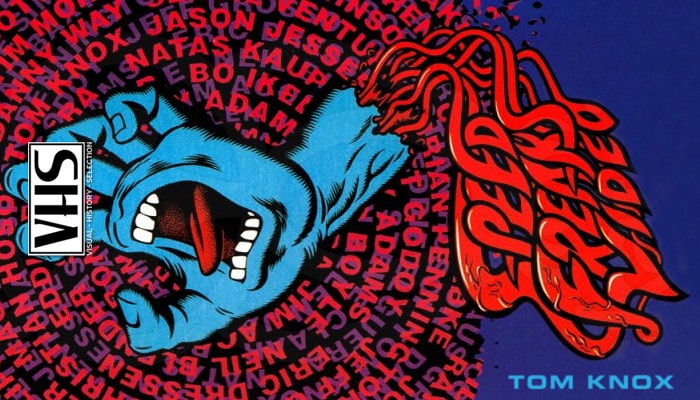 In 1989, things were changing fast in skateboarding. “Speed Freaks” reflected the era’s progression with Tom Knox’s first part, heavy on an emerging form of street skating that scaled up the diffi...
Dec 8, 2016    0 Comments 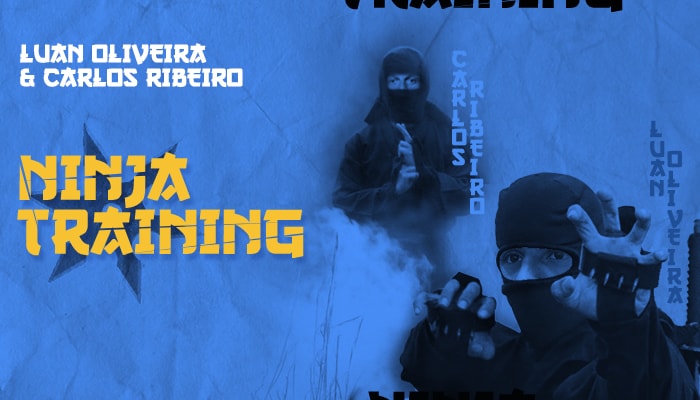 When there is a minimum of two Brazilians in the building that’s when the truly wacky ideas emerge. Why is that? In the case of Luan Oliveira and Carlos Ribeiro—they just bring out the best in eac...
Dec 7, 2016    0 Comments
General Ops

Krux TV’s third episode has found the sweet spot of engagingly ridiculous skateboarding. Whether you’re orange, Swedish, or can only afford one truck, Krux TV has got something for you...
Dec 7, 2016    0 Comments
Load more
Shop