The Wu-Tang Clan, with their mythical origin story and legendary 25-year trajectory, are one of the most accomplished groups in the history of recorded music. They’ve been featured in one way or another in countless skate videos—most notably in Gino Iannucci‘s 1993 101 Snuff part, and most memorably in Frank Gerwer‘s 2003 Cash Money Vagrant part. The Wu will never not be a part of skateboarding culture, but how much do skaters really know about their history?

Showtime Documentary Films dives deeper into this remarkable group with Wu-Tang Clan: Of Mics and Men, a four-part limited docuseries from filmmaker and director Sacha Jenkins (of Ego Trip fame, and the “Logic” episode of Netflix’s Rapture series) and produced by Mass Appeal, that transcends the music documentary genre by creating a new lane that merges music, socio-cultural commentary and intimate family portrait.

The trailer will give you chills, but you’ll have to wait a couple of months for the first part to drop on Showtime. Like everything Sacha Jenkins is involved in, this project is sure to be a definitive masterpiece.

You can get a free 7-day trial of Showtime on most streaming platforms (Hulu, Prime Video, etc.); the premium cable channel is $8.99 per month.

VAGUE HITS THE BRICKS WITH ‘CHAV DAN’, AKA DANIEL HILL

CLAY KREINER GETS FOLLOWED BY CHRIS GREGSON FOR OJ WHEELS 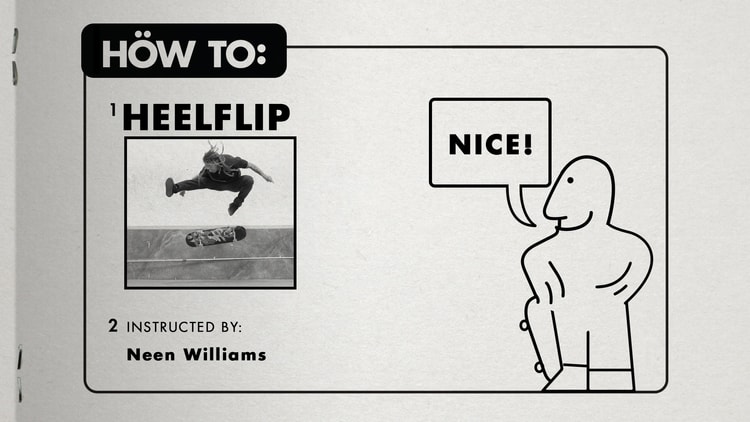 HOW TO HEELFLIP WITH NEEN WILLIAMS

Neen Williams shows you how to pull off his signature hyperextended move (previous karate training not required).
Jan 28, 2019    0 Comments
Skateboarding