A movie review by Steve Berra

This will be the first time I’m reviewing a film for The Berrics so bear with me as I am no critic of films but more a lover of the cinema who has seen thousands of them and read only hundreds of books, unlike my dad who has seen very few films and read thousands of books. If there were a first film to review I couldn’t be happier to review this one. IT, an absolute achievement of modern cinema, defining how a movie like this should be done, directed by Andy Muschietti and based on the book by Stephen King, comes out this Friday everywhere across the country.

Now, if you’re wondering if it’s one of those drab after-summer films dumped on the weekend after Labor Day because the studios have no faith that audiences are going to go see it because it’s so poorly written, acted, and directed, well… you’d be wrong. IT is going to literally murder every summer film that came before it this year and make all these franchise superhero films look and skate like one of those superhero boards you can find at your local Walmart. Not the Almost ones, of course.

IT was Stephen King’s 22nd book and was released in 1986, the very same year I started skateboarding. I remember the book very vividly. Floating around the house, my dad was the first to read it, then each one of my sisters and every time the book changed hands there became an indelible fear of the hallway, the door, the window, the closet, and for sure the sewers outside, both day and night. To me, at that young age, without having read IT, I thought this to be ludicrous. I mean, how could a bunch of words strung together in sentences to make paragraphs, to make pages, to make a book, scare each and every one of my siblings so badly that they would not venture into the kitchen, the basement, outside, or pretty much anywhere, alone? After all, wasn’t it they who had control over the imagery inside their head and wasn’t it they who could make it as scary or not as they wanted? Wimps, I thought. That is, until I read the book.

Almost three decades ago, IT was a made for television mini-series and, admittedly, I did not watch it as I have always thought the only thing scary on network television was the quality of the programming. So, thank God for the invention of Netflix, which, by the way, has a show, Stranger Things, that you could compare IT to, only where Stranger Things feels more like Goonies meets E.T.; this film feels more like Stand By Me, another Stephen King favorite, meets the intensity and the intelligence of Se7en with a little bit of Silence of the Lambs, only instead of John Doe or Buffalo Bill or Hannibal Lecter, this film has a clown named Pennywise.

Every twenty-seven years, Pennywise comes out to prey on the children of Derry, Maine. In the book, Pennywise prefers children because they were easier to attract, capture, kill, and devour, and because frightened flesh tasted best. In the movie, they don’t really go over why he prefers children only that he does and the children he’s after during this twenty-seven year cycle are who we come to know collectively as the “Loser’s Club.” There’s Bill, the sensitive stutterer whose little brother Georgie is Pennywise’s first victim in a particularly horrifying first scene of the film; he’s joined by the foul-mouthed fast talker, Richie (Finn Wolfhard, Stranger Things); hypochondriac Eddie (Jack Dylan Grazer); the token chubby kid Ben (Jeremy Ray Taylor); the silent, but thoughtful, Mike (Chose Jacobs); the kind-of-a-wuss Stan (Wyatt Oleff); and the only girl of the bunch, because there has to be a girl in this bunch, Beverly (Sophia Lillie). Together, these losers not only have to figure out just how they’re going to overcome the constant torture from the local Derry bully, Henry Bowers, and his crew of dickface derelicts, but how they’re going to keep from getting captured, killed, and devoured by IT, aka Pennywise the Dancing Clown, who eerily outdoes and outcreeps the IT from the 90s by the 6’4” babyface, Bill Skarsgård.

I don’t like reading movie reviews that give away too much of the plot because that’s what the trailers are for, so watch the trailer, and then go… GO RIGHT NOW and buy your tickets to go see IT because it is one greatly acted, directed, and shot film. Andy Muschietti, the director, is a genius. All the kids killed it. Even Stephen King, who saw the film a few weeks ago, said it exceeded his expectations and that dude is not only smart but he’s creepy and he didn’t even like The Shining, another brilliant film based off of one of his books.

Anyhow, for my first movie review, this was the perfect movie to begin with because, honestly, making movies is tough and it’s a miracle that a good movie is made anywhere, particularly with how many people are involved to get it done and the last thing I want to do is give anyone a bad movie review, especially if they’re making movies for all the right reasons and this movie does just that: IT takes you on a ride and you don’t wanna let go until the very end. – sb 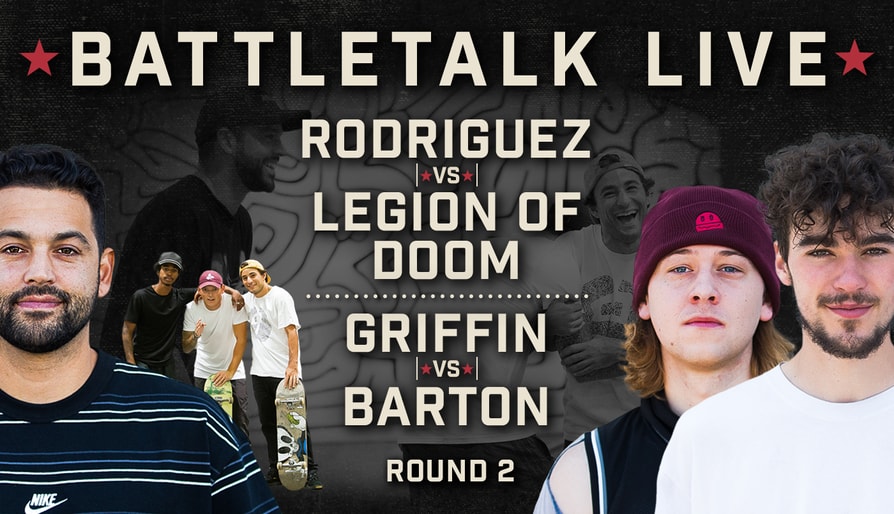 Steve Berra and Torey Pudwill talk about Paul Rodriguez’s upcoming round 2 match versus the Legion of Doom.
May 20, 2022    0 Comments 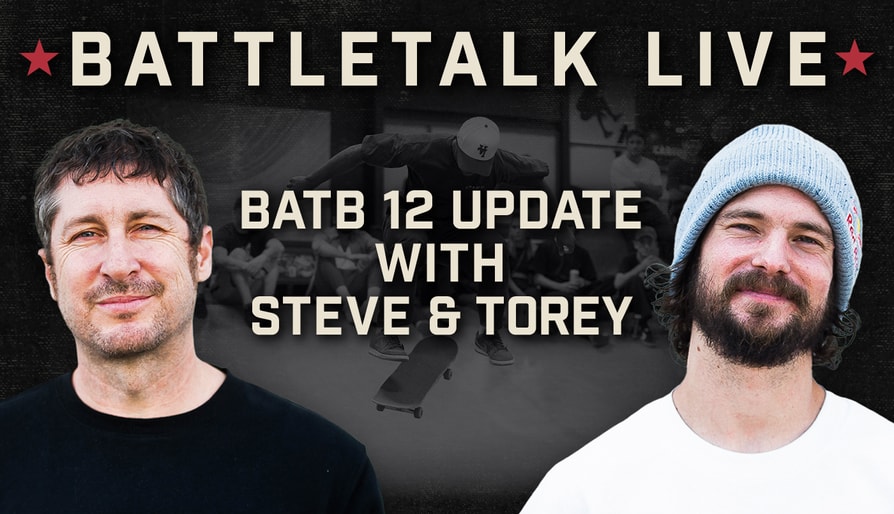 Torey Pudwill analyzes his most memorable BATB match in this week’s ‘Battle Talk’ segment from ‘The Skate Show.’
May 14, 2022    0 Comments 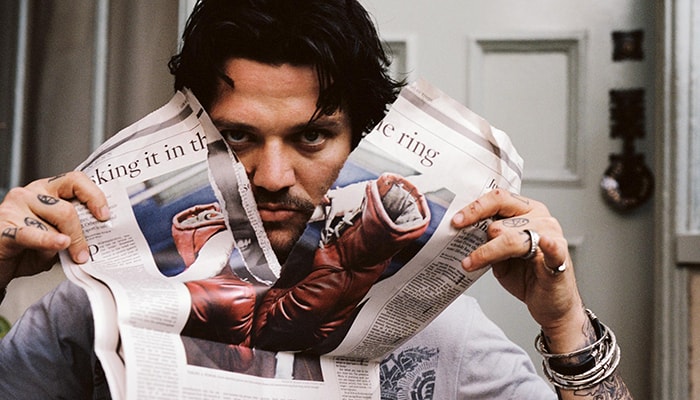 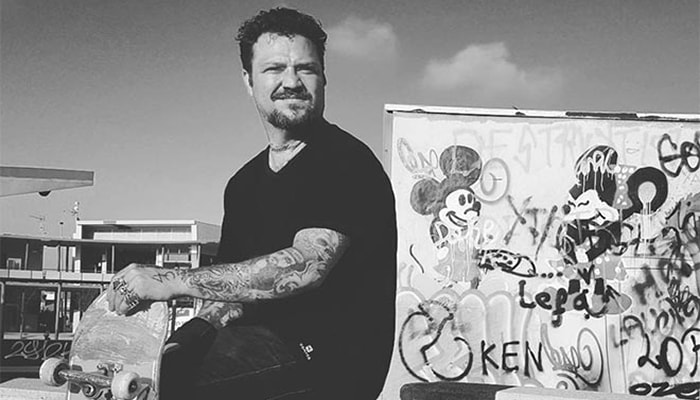 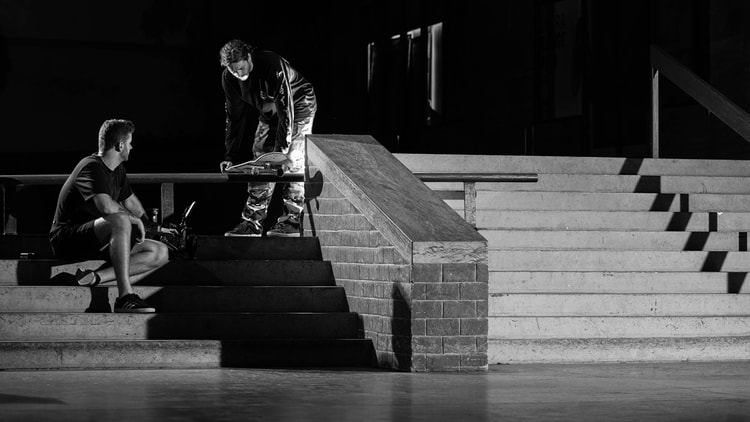 You’ve seen Stephen Lawyer’s Recruit, and now you can see his raw clips in all their glory.
Sep 6, 2017    0 Comments
Load more
Shop