We sat down with William Willson, the Founder of Flipping Youth, a UK based non-profit dedicated to building the first skatepark in Jamaica. Willson went from serving on the UK’s first integrated Gang Unit with the London Police to founding a nonprofit dedicated to helping at-risk youth through action sports. Jamaica might seem like a laid back place, but the reality is the streets of Kingston have long been a breeding ground for violence. In the past 5-years the homicide rates have jumped 20% alone, putting Jamaica right at number 6 for highest homicide rate in the world. For many of us, we find solace at skateparks to put our energy away from violence and into something positive. That’s exactly what Flipping Youth, William Willson, Jofie Trythall, Tryone, and everyone involved with Ja-Skate will provide for the youth of Kingston if they are successful. Let’s make sure as skateboarders and people we help them make it happen. You can be responsible for building the first skatepark in Jamaica by helping their campaign at www.teespring.com/flippingyouth and  through their website www.flippingyouth.com.

How does one go from a Police Officer of 5 years in London–tackling London’s toughest gangs–to being the Founder of Flipping Youth_?_

I used to work on the UK’s first integrated Gang Unit, a new way of approaching Hackney’s [London Borough of Hackney] problems with gang violence. Together with youth workers, family psychologists, housing and probation officers, we took on the top 50 high-risk Hackney gang members, who were most likely to commit murder or be murdered. I loved the job, it was an amazing challenge, but decided to take a break for 3 years to travel and experience new cultures.

I travelled around Europe, Asia and Africa, volunteering on a wide variety of interesting projects. I taught English in North-Eastern Thailand, helped sustainable building projects in India and farmed in Kenya, just to name a few. My interest in working with young people from less fortunate backgrounds, coupled with my passion for action sports, has ultimately led to me setting up Flipping Youth, it’s been a natural progression over the last few years.

For those unfamiliar with your cause, what is Flipping Youth? What is your charity set up to do?

Flipping Youth is a brand new UK registered charity aiming to empower young people internationally through action sports and the arts. We strive to work with young people suffering from gang violence in areas with a lack of government provided public facilities for action sports. I am a founder of the charity and I’m dedicating this year to packing in as many hours as possible to get Flipping Youth up and running. Jofie Trythall is a co-founder and Creative Director for our charity. She works as an events manager in London, has a wealth of experience with international volunteering, and loves to surf and skate around London. We also have one other trustee on our committee, Ben Kimber. Flipping Youth is run purely by volunteers within our own free time.

Can you describe the moment you knew you wanted to build Jamaica’s first skatepark in Kingston? What inspired you to pursue this undertaking?

The more I studied the pros and cons of carrying out a project in each of the countries most in-need, Jamaica repeatedly stood out and became a clear choice. It was really exciting in that moment when we said: “Let’s do it, let’s build Jamaica’s first skatepark.”

Our inspiration definitely evolved progressively from all of our travelling experience and voluntary work Jofie and I had been doing. It gave us confidence to create our own project, that’s when we came up with the idea towards the end of last year. When we began our research, we found a bunch of other non-profits doing similar stuff, like Skateistan, Make Life Skate Life, SkatePal, Amigo Skate, all using skateboarding as a tool to develop communities globally. Those organizations were a great inspiration too.

_How can people help Flipping Youth build the first skatepark in Jamaica?  _

Our goal is to raise £30,000 ($43,000) to build a permanent concrete skatepark with a small community center attached. I’m currently working hard on sponsorship/donation proposals and praying for the day someone wants to help. We are selling t-shirts to kick-start our fundraising campaign and promote our cause.

For the design, I got in contact with the International Reggae Poster Competition, a really cool organization that runs yearly to help a few special charities in Jamaica. They loved the sound of our project and contacted one of their winning artists, Yoshiro Kato of Japan, who kindly donated his artwork for use on our t-shirts.

Whilst getting t-shirt printing quotes here in London, I was contacted by Tyrone at The T-shirt Printers in Bow [East London]. As a Jamaican himself, he was buzzing about the project and was super keen to get involved. He printed the t-shirts for this photo shoot and we’ll be working with him in the future. For this campaign, the t-shirts will be available at www.teespring.com/flippingyouth. All proceeds will go to Ja Skate.

Can you talk about your first project name – JA SKATE? Why Kingston?

To fit with our project goals, we needed to find somewhere with large amounts of gang violence, no skateparks and an existence of skaters/actions sports enthusiasts. Jamaica has the 6th highest homicide rate in the world, with most of the problems centered around the capital, Kingston. They currently have zero skateparks and a growing number of skateboarders around Kingston. The skate scene there developed really organically, with surfers chasing the Caribbean swell leaving behind their skateboards for the locals to experiment with.

During my Jamaica research, I found a video on YouTube from back in 2009 that gave a short insight into the Jamaican skate scene and their desire to have a skatepark built to keep them away from trouble on the streets. The video has a sobering ending, when it is announced that the 20-year-old speaker was murdered in Spanish Town, Kingston, a few days after the footage was taken. The video really moved me and was titled JA SKATE, I wanted to let the name live on and make the project happen. You can view the video on our website.

Skateboarding and Police Officers are generally pinned as adversaries. How do you feel about the relationships between the Police and skateboarding? Has this had any effect on Flipping Youth?

It’s always awkward when you’re skating a handrail in a school and somebody calls the Police because they think we’re breaking in. I’m standing there nervously as I wait to be searched, with my Police badge in my pocket, wondering how the officer is going to react when he finds it.

It did feel weird joining the Police as a skater and I gradually transitioned over to mostly just skating at skateparks, just to avoid dramas. I was always passionate about breaking down the Police stereotypes by showing the public Police officers can be chill and open minded too. Here in the United Kingdom, the Police are really not that fussed about skaters. Security guards have a job to do and it’s not easy telling a bunch of hyped up skaters to move on, but it’s not cool when they occasionally take it too far and get physical. I spent a few months skating in California 10 years ago and we got harassed a lot more by the authorities.

I was apprehensive about approaching people in the skate industry announcing my Police background, as I worried people would be put-off collaborating with us due to the historic sour Police/Skater relationship. Ultimately, I believe that diversity within the Police service is key to positive change, so I’d like to think that people are encouraged by hearing about a Police Officer who clocks off work and shreds.

Was it difficult to convince Kingston to let you build a skatepark?

The first questions asked was: “Would you consider changing the sport?” It took a lot of convincing that despite there being no “official competitions” for skateboarding in Jamaica, it is a positive recreational activity to promote keeping fit, social mixing and creative expression. Despite the very laid back, chilled stereotype of Jamaicans, I’ve found when dealing with the local government, there’s very official and strict protocols that must be followed. Luckily, London being as wonderfully diverse as it is, I keep meeting Jamaicans that are loving the project and keen to help! I went to a job interview for a summer youth program leader job I’ve been doing and met a Jamaican teacher from Harbour View, East Kingston. She hooked me up with the president of the Residents Association and they’ve offered us the use of an old multi-purpose court, it’s perfect for the skatepark.

Why do you think it is Jamaica has never had a skatepark? What will this mean for the skate scene in your opinion?

There has been talk of a skatepark in Jamaica for years now, but it’s always fizzled out and has never taken off the ground. From my experience, the Jamaican government appears very focused on recognized Olympic sports, and action sports are still carried out by a minority. I believe once the skaters of Jamaica have a sanctuary to practice their hobby, the scene will be recognized and grow quickly. I’d like to see the skaters of Jamaica have an established facility so the community will understand their passion, be able to participate and the skaters will have an increased sense of identity.

What would it mean to your organization to accomplish building Jamaica’s first skatepark?

We are passionate about boosting opportunity for those in less fortunate parts of the world. If we can help to divert children from taking a dangerous path in life, through the provision of recreational facilities where they can feel safe and empowered, then we’ll be succeeding in our goals and we’ll be ecstatic.

What are the future plans for Flipping Youth?

During our research for JA SKATE, both Honduras and El Salvador came up as locations suitable for a project, so we’d love to plan something for one of those countries. We also have a serious problem with gang violence here in London. There are kids getting shot and stabbed every day here, but only a few make the news. We’d like to do some youth empowerment programs with harder to reach young people in particularly vulnerable and high risk sections of London. Ultimately, we’d like to grow and be capable of implementing more projects on a larger scale.

For more information for how you can help Flipping Youth build a stronger global community visit their website: www.flippingyouth.com 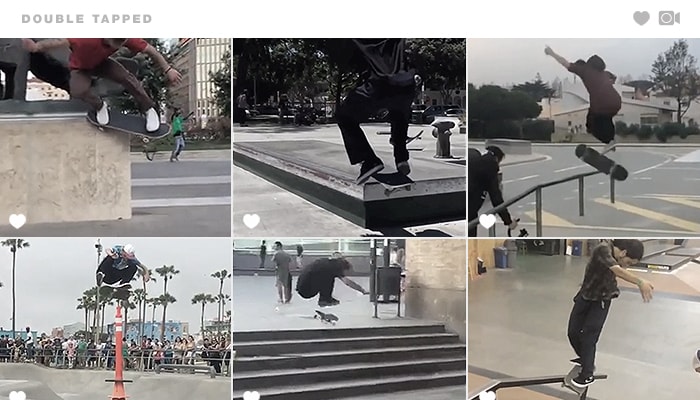 So much good skating gets posted everyday on Insta. Some clips are so insanely good that a few years ago, they could’ve been legitimate video part enders. But the nature of Instagram is to b...
Jul 8, 2016    0 Comments 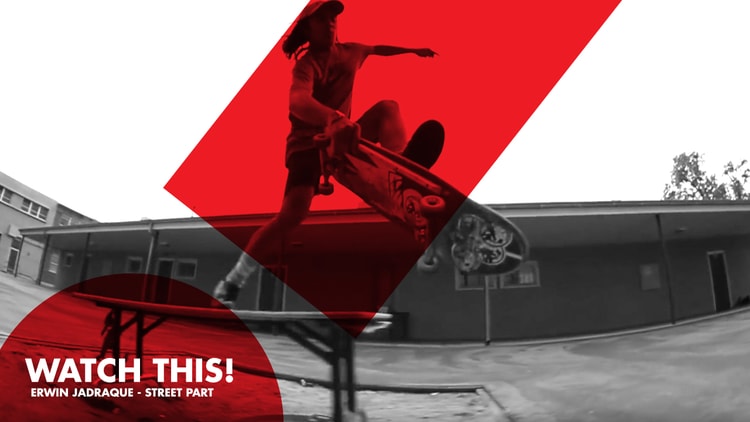 When we decided to launch Watch This! we had a few things in mind. Mainly, we wanted to give skateboarders, filmmakers and artists a platform to exhibit their love for skateboarding, but most impo...
Jul 8, 2016    0 Comments 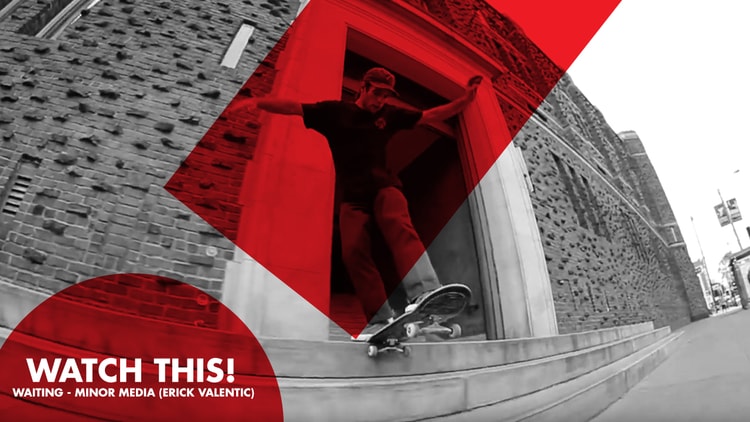 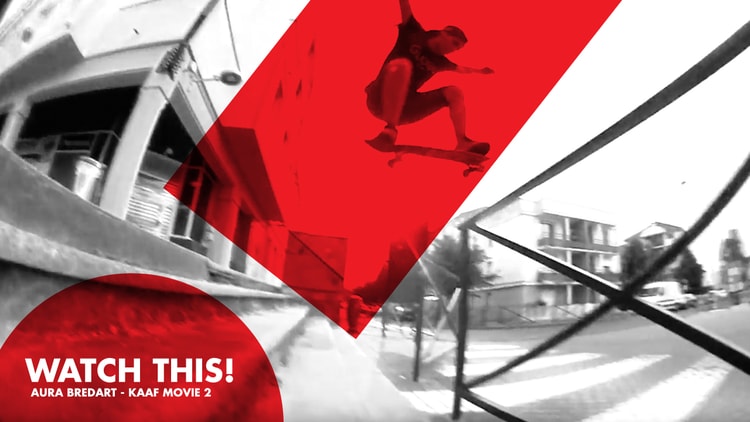 Aura Bredart is another reminder of how far skateboarding has grown and how much farther it’s going to go with skaters like herself. Around the world skate crews include girls now more than...
Jul 8, 2016    0 Comments
Skateboarding

Want to know everything there is to know about the new Emerica Made Chapter 2 video? Jerry Hsu provides the perfect hype for what is sure to be one of 2016’s most anticipated videos.
Jul 8, 2016    0 Comments
Load more
The Berrics © 2007-2020