Every day skateboarders travel to Barcelona with one goal in mind: film and hit as many spots as possible. What does that mean for the locals? Well, it’s harder to stand out than you think. But for Ignacio Morata, it’s just another reason to go even harder. We gave Ignacio a call to gain some insight into the unexpected when filming his BCN Barrage part in the legendary city. What he says may surprise you.

Hey Ignacio, congrats on the part man. Can you talk about who helped make it possible?

Thank you man, I’m really hyped on having this part. I owe a big thank you to Dani [Lebron] for relaying this project to me and also to Chaves [Charles] for filming and always giving me support. He’s a friend you can count on being there to hyped you up, or just listen to what you have to say. Of course I need to thank you guys at The Berrics and my friends Chanchy, Mati, Erik, Campi and Jesus Fernandez for everything.

Who was your filmer?

I filmed mostly with Chaves Charles, who I actually didn`t know before this part. Honestly, it was really easy to work with him, he knows skateboarding. I tried to film with other guys before and we didn`t get along. It was like always difficult to meet up or they ended up losing footage or something. Nothing like that with Chaves. He’s the real deal.

What does Barcelona as a skate-destination mean for you?  How was it a driving force in producing this part?

Barcelona equals perfect spots; it’s like a catalogue where you can find anything you would want to skate pretty much. I mean, it’s a good and a bad thing though, because there’s so many skaters looking to be the first person to skate a spot. At some point it’s very hard to land a good clip at a spot because someone has already destroyed it, [laughs]. Anyways, Barcelona is the best city to just go out with your skateboard and skate whatever you find, that’s the best feeling about skating Barcelona.

How does Barcelona inspire your skateboarding?

With all its different spots, Barcelona gives you ideas to try new stuff. Sometimes even the skate stoppers give you a different point-of-view of an old spot, so people keep skating it but in a different way. Even that helps.

Could you have filmed this part anywhere else other than Barcelona?

I think so, although it would have been different for sure. Do you want me to film another part? Great, tell me where and when, [laughs].

How is filming in Barcelona compared to other places?

It depends, Barcelona compared to the rest of Spain can be really easy or a pain in the ass in terms of police, getting tickets and all that. But normally and especially lately it’s been pretty chill in Barcelona. The best thing about Barcelona for skating and filming is the material of everything: ledges, benches, flatground, etc., everything is so good for skating. Honestly, I think any companies that build skateparks should take more ideas from Barcelonan architecture.

Is there anything outsiders looking in don’t understand about filming in Barcelona?

The fact that pretty much everything has been done at almost every single spot.

Why do you think Barcelona gets a rep for being one of the greatest places in the world to film?

Because it has everything man, literally. I mean tons of spots, insanely great architecture, Barci just gives you lots of different possibilities. Nice marble ledges, the best flatground in the world, plus it’s Spain; it`s pretty cheap for everyone and the party life grabs a lot of people’s attention.

The weather is perfect; we skate all year long with no winter break and we do it in t-shirt, [laughs]. That is a good thing.

What did it mean for you when this part was complete?

Stoked, I mean after changing filmers and battling a couple of issues, it was a sort of a relief. I really wanted to film this part for The Berrics. Honestly, there was pressure – at one point I wasn`t sure it was going to happen. It was this feeling of: “finally it`s done and out, yes!” [Laughs].

What was the most challenging aspect of filming this part?

The time I had for filming. We didn’t have much time and then the filmer issue, plus a couple of injuries. And I actually don’t know Barcelona as well as some others. It was difficult to find what I wanted on my own, and I would find myself at times not knowing what I wanted to skate. And to be honest I think I should have skated more transition in my part. I like to skate everything, but this time I forced myself to skate pure street. I guess we’ll see if it worked out, [laughs].

Are there any clips that stand out to you?

Yeah totally, there’s a couple clips that stand out. The downhill line ending with the nosegrind pop-over into the bank was a bit of a nightmare. Where I do the pop over is super deep and angled at 90 degrees. I was getting stuck almost every time. Then another trick [laughs] I didn`t think I was going to be able to do it. We were just passing by and it looked like a sick spot. The thin ledge next to a wall, the 180 5-0 pop out. We had to dig out next to the ledge to avoid my wheel getting stuck. Actually that happen a couple of times until we got the line right. We got it right before we got the boot and we were lucky because this spot is at a police station, [laughs]. There’s also another line close by that we filmed where my board almost falls apart, the line where I kickflip over a white bench at the end. Pay attention to my tail when I am pushing, you’ll see it flapping.

Any incidents take place during the filming of this part?

I broke my big toe twice. That was painful, it cost me some money to recover, but all this meant less time to film, [laughs]. I guess there’s always adversities no matter what.

Who do you have to thank? Any Shout-outs?

Thanks to everyone’s support and motivation through all these years, and Dani [Lebron] of course for this opportunity and all those games of honor. Gaston for the motivating conversations, all my friends in Barcelona, the list could be never-ending really, you know? Obviously a huge thanks to all my sponsors, VAZVA, EINA, ORION Trucks, VANS, WRECK Wheels, SOULJAH Griptape and The Berrics. Without you guys and my sponsors who knows what I’d be doing. Thank you all, peace and love, [laughs].

Ride along with ‘Stewie’ Petar Stantchev at some of Barcelona’s best-known spots.
Jul 1, 2021    0 Comments
Skateboarding

This collab deck featuring signatures from Tony Hawk and Christian Hosoi is limited to only 133 made.
Apr 16, 2021    0 Comments 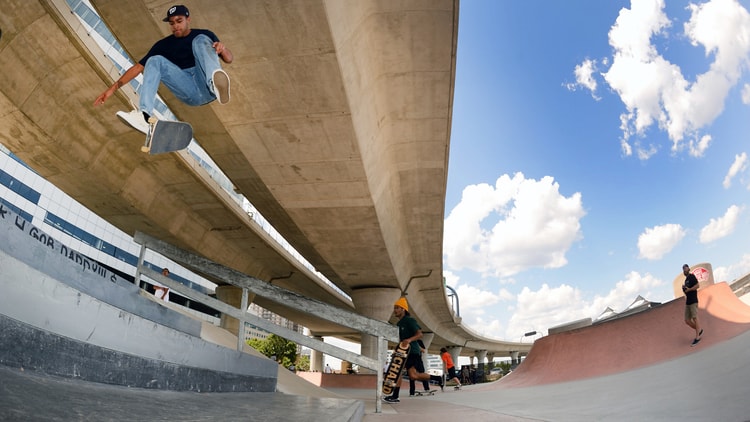 The 2016 Summer Vans Pro Skate Tour ends where it all began for Vans, in the Van Doren Family’s hometown of Boston, Massachusetts. Vans has all the fans, but more importantly they got the sk...
Jul 27, 2016    0 Comments 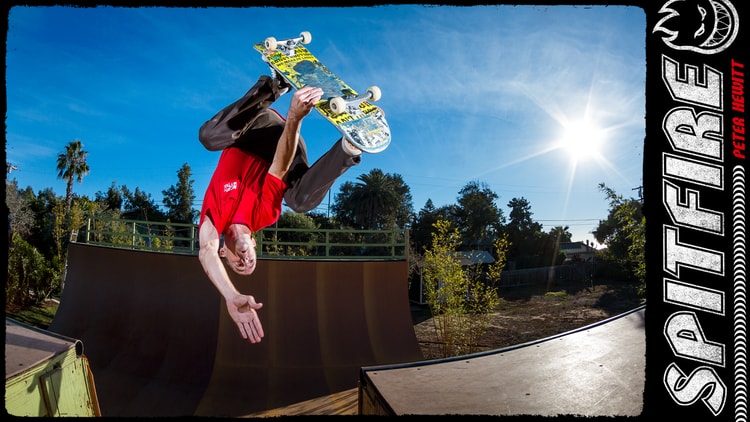 Dude is a true maniac! Peter Hewitt charges every half-pipe and backyard pool with no regard for his body. Thank you Peter and Spitfire for this one.
Jul 27, 2016    0 Comments 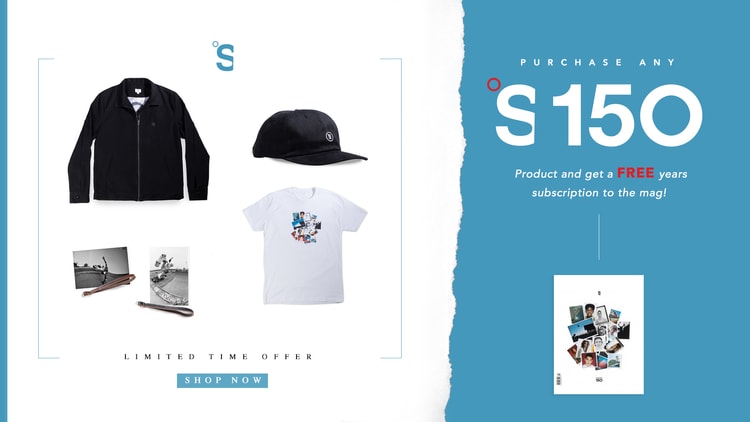 GET A FREE YEARS SUBSCRIPTION — To The Skateboard Mag

Purchase any The Skateboard Mag Issue #150 product and get a FREE years subscription to the mag! Limited time offer – Shop Now!
Jul 27, 2016    0 Comments 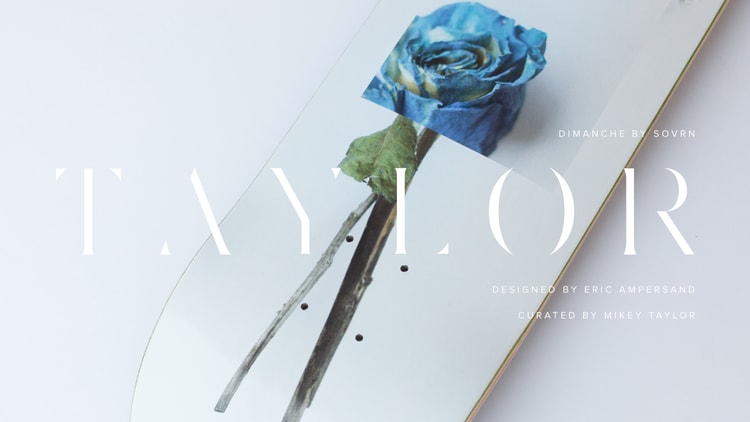 Skateboarding and art collide as SOVRN releases their first pro-model for Mikey Taylor, “DIMANCHE” by French artist Eric Ampersand. Curated by Mikey himself, the board gets put to the...
Jul 26, 2016    0 Comments 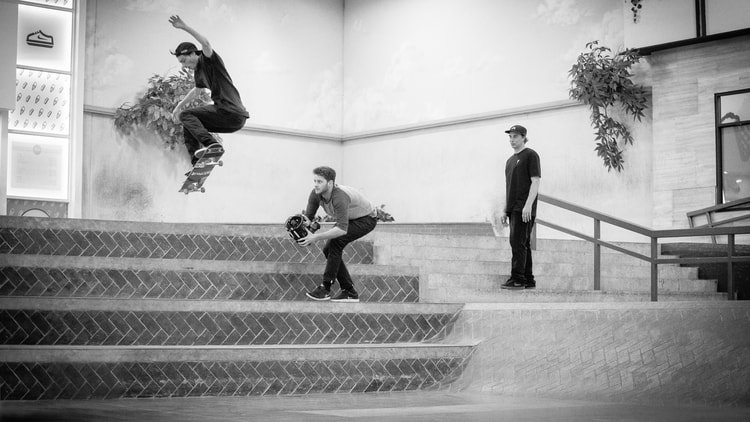 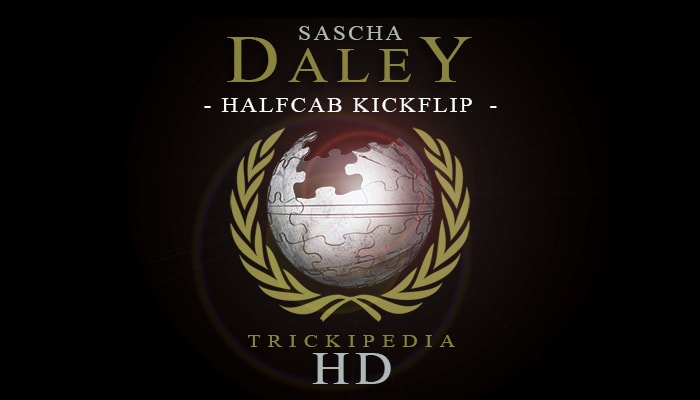 Trickipedia is not a Trick Tips section, but that doesn’t mean you’re not going to learn. Trickipedia is the general education page for skateboarding tricks started by the Berrics so t...
Jul 26, 2016    0 Comments 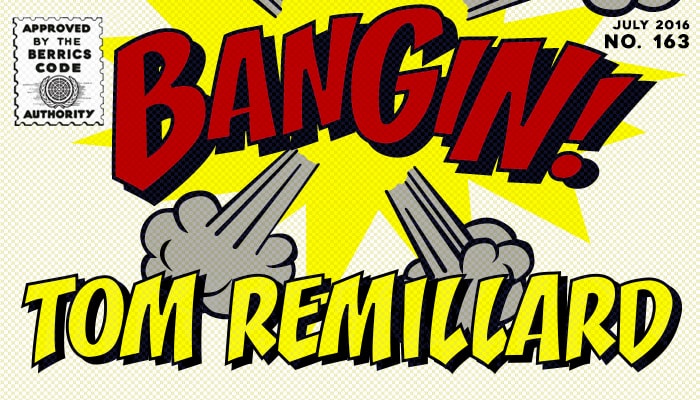 No skateboarder may be better suited for the word ripper than Tom Remillard. Tom proves our point as the new Santa Cruz Pro produces a Bangin! for the books. So Bangin!   Watch his new full part f...
Jul 25, 2016    0 Comments
Load more
Shop