In the past year, the power of podcasting became apparent as “The Nine Club with Chris Roberts” began to build its audience. The show has kept a strict regular schedule, which is critical in retaining listeners and building SEO, and, over the course of The Nine Club’s 112 shows, in just over one-and-a-half years, there’s been noticeable lengthening of each episode’s runtime. It’s typical for each episode to exceed two hours now, which may appear at first to be a lot of time to invest… but the fans demand even MORE!

The magic of Chris Roberts and Roger Bagley’s show is that it always seems to fly by—one recent episode with Ty Evans was so long, you could’ve watched Fully Flared twice by the time they wrapped up—and you’re tempted to even go back and scan the video version on YouTube to see the background props. Roberts and Bagley have developed a balanced approach to interviewing: Roberts lays on the charm and gets the guest to open up; Bagley hops to jog the guest’s memory as he flips through a mental skate encyclopedia for obscure information. The effect leaves the listener with a more nuanced understanding of their favorite figures in the skate industry.

It’s sometimes surprising how quickly each The Nine Club conversation builds momentum. Both hosts have a deep history in skateboarding—Roberts as a storied pro for Chocolate, Bagley as an incredibly diverse videographer—so there’s always a frame of reference, but the conversations never follow a specific thread. The hosts might spend five minutes talking about whichever project the guest is promoting, but then go deep into a riff about their favorite videos. Add in the wild card of Kelly Hart with his Family Feud button and you have a recipe for a rambling gabfest. Luckily, Roberts and co. have an ear for good radio and are able to steer the ship admirably.

Roberts and Bagley proudly claim to not do research on their guests beforehand. This is surprising for a few reasons, but it demonstrates how well the two are able to pivot when the conversation turns feeble. Add to that their consistent, weekly content and you have a juggernaut in the making. The Nine Club has become a major cultural touchstone in an incredibly short time, partnering with several media outlets and brands for events and premieres. The Nine Club has become skateboarding’s water cooler talk: “Have you heard the new Nine Club?” is now as common as “Did you see the __ game last night?” It’s got skaters talking, and the great thing about it is that we’re all listening.

There was never a point when I became interested in podcasting, it just happened. We just thought it would be fun to sit down and shoot the shit with our friends.

The only podcast I had listened to was the first season of Serial. It was so captivating and interesting. I think that show really got people interested in podcasts and opened the floodgates.

How did you develop the concept for The Nine Club? Was there a vision you had for the show?

I had done two episodes of a podcast with Marc Johnson called The Back Forty Radio. I just thought it would be cool and easy to do. That proved tough to make it a weekly thing because MJ lived across town and Kenny Anderson was always on tour. Roger Bagley, who literally lives blocks from me loved the idea and wanted to help me produce it, but by this time I realized it probably wasn’t going to happen so he suggested that we do our own. After some reluctance on my part I finally gave in and we shot the first episode with Kelly Hart. The only vision we had was we wanted it to be just a conversation. It’s an interview, yes, but we really wanted it to be loose—just a couple skaters sitting down at a table talking.

I just thought, “Are people gonna watch this?” Who wants to sit around listening to skaters talking [laughs]? I guess I was happy with it; I really had nothing to compare it to besides [The Ride Channel’s] Weekend Buzz, I guess, but it was totally a different thing. I’m still baffled that people watch two hours of skaters talking… and people want longer episodes! [laughs]

I don’t think it did much evolving at first. We knew it would evolve and get better as time went on. Everything we’ve done on the show has just been natural, like adding Kelly to the show. He was already sitting in the kitchen watching us and laughing. I even had to edit his comments out of episodes ‘cause he had no mic or camera on him. I eventually just said let’s set you up in the corner and give you a button to press that will activate your mic to chime in from time to time. No real thought behind it to “expand” the show. But, as the show grew traction, we were definitely listening to what people were saying in the comments, which the majority was “make the episodes longer!” I was tripping on that, but you gotta listen to the viewers for the most part. I’m stoked we get to hear what the viewers think and want, that’s invaluable.

Were you comfortable with the interviewing process?

The interviewing process never bothered me, I just look at it as a conversation. I was kinda a shy kid growing up, so the only form of “interviewing experience” I had was being a skater and talking to people. You go on so many tours, meet so many people at trade shows, events, signings, etc., who just want to talk to you. You get used to chopping it up with people, I guess.

Was there a level of performance anxiety involved in hosting the podcast?

Not at all. Like I said before, I look at it as a conversation, so even if I’ve never met one of our guests, I just want to get to know them on the show. I’m learning about that person along with our audience. I don’t google anyone or do research on people or have a list of questions. To me, that’s weird: Why would I Google you if we were going to meet up for coffee? I can literally “Google” that person in real life and hear their answers from their own mouth.

How important is the video component to the show? Is it indispensable at this point or do you think the show could exist solely as a podcast?

I think skaters are visual people. You can see the guest’s facial expressions and body language that you don’t get from reading an interview in a mag or on a website or even little video “interview” pieces. You get the real person when you sit down with them for hours.

Do you remember any episodes that may have taken a surprising turn?

Well, I always ask guests about money. I’m half joking when I ask because skaters never talk about money. So when Reynolds freely answered my money questions, I was a bit shocked yet ecstatic. I feel when guests have no filter, and are super open and honest about things, it makes the conversation better and it frees us up to ask almost anything. Sometimes we can’t talk about topics because the guest doesn’t want to, which I fully respect. But when it’s open game, that’s when you tend to get the gold!

Was it tricky to get guests to be candid with you? Were some guests more intimidating than others due to status or attitude?

I really don’t care about status—we’re all humans that ride a skateboard. There’s no attitude because every guest wants to be there; nine times out of ten, they hit US up wanting to come on the show! No one is there who doesn’t want to be there. I treat everyone the same and I joke around with everyone the same: if you’re Lil Wayne or my good friend Daniel Castillo I’m not gonna change because of who’s in the hot seat. I also believe the fact that we film in Roger and Kelly’s living room really lightens the mood. The guests are coming into your house rather than a studio. It’s really comfortable for everyone.

Was there a guest you wish you could go back and interview again? Maybe a key question occurred to you afterwards?

Every guest we’ve ever had on! Every single time after the guest leaves we always say, “Shit, we didn’t even talk about that!” But what can you do? We don’t do any planning for the show and the conversation goes where it goes; we get caught up in the stories sometimes and forget things. Like I mentioned before, though, sometimes the guest doesn’t want to touch on some topics, and when the episode drops the comments will flood in: “Why didn’t you guys ask about that?” Well, sometimes there’s a reason why that didn’t get brought up. [laughs]

The Rock… haha! How funny would it be seeing that huge dude sitting next to Roge?

I have no clue. I’m not a huge podcast listener. But I will say it’s 2017 and you can do anything you want on your own. You don’t need anyone’s help. Make videos and start a YouTube page; record a podcast and put it on iTunes; make music and upload it to Soundcloud. There are so many platforms now for people to do anything they want.

I do think everything is getting bigger and growing at such a rapid pace that podcasts, videos, music, even Twitch, etc., is just exploding. If you make great content people are going to find regardless of where it lives.

Do you pay attention to Youtube/social comments? Do you find any value in negative comments or trolling?

I pretty much see every comment that people leave. It’s funny ‘cause I’ve noticed that the more our show grows the more stupid some of our comments get! When we had our core audience we saw great and engaging comments. But now, not that we get a lot of negative comments, but I’d say we get more idiotic comments. People are so quick to bust out the keyboard and start typing, even if they’ve never watched any past episodes. “Chris has his own trick on loop behind him? What an egomaniac!” It’s obvious you’ve never seen the show before, bro. There’s 70+ episodes before this one, haha. It’s hilarious to me.

I don’t listen to any podcasts. I’m pretty much Howard Stern when I jump in the car.

The on-location episodes we do are really fun and exciting for me. We never know what’s going to happen or who’s gonna sit down. I love the spontaneous aspect of that, so I’d like to do more of those. Other than that, just keep it moving. As long as people are stoked on The Nine Club and continue watching we’ll keep ‘em coming. Thank you to everybody out there that tunes in every week and supports the show! Love y’all.

One of the most influential skaters ever is back on the board and learning new tricks. Get hyped!
Jul 18, 2022    0 Comments
Skateboarding 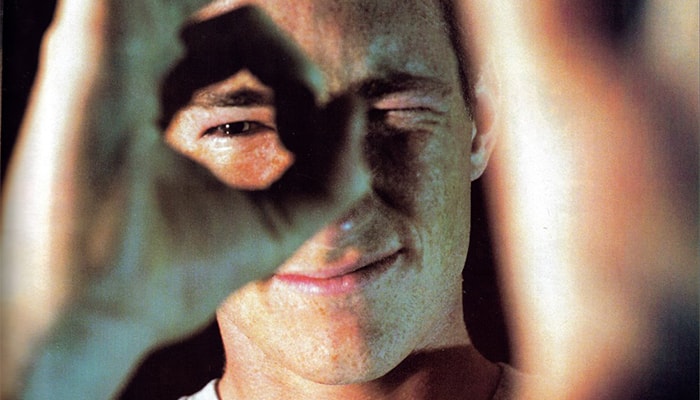 Why Jeremy Wray all but disappeared from skateboarding.
Mar 20, 2018    0 Comments 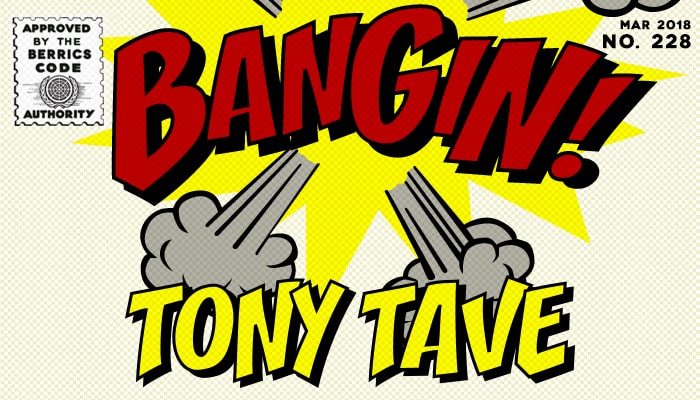 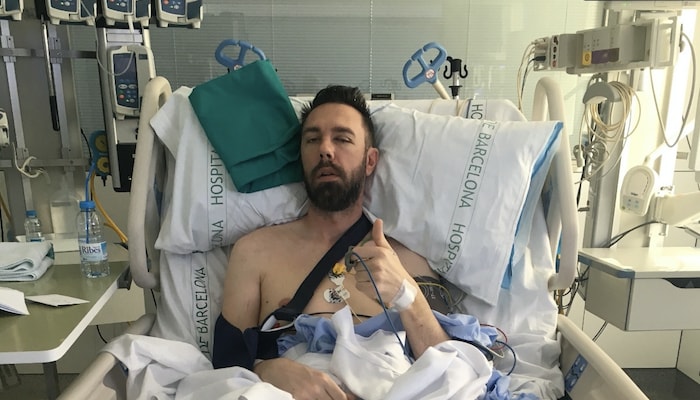 American skateboarder Erik Jensen was struck by a bus in Barcelona, Spain, this month. The tragic accident has drained his family’s bank accounts—they’re reaching out to the global ska...
Mar 19, 2018    0 Comments 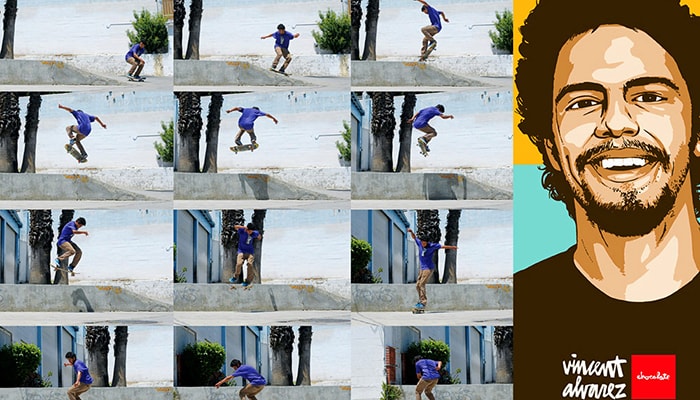 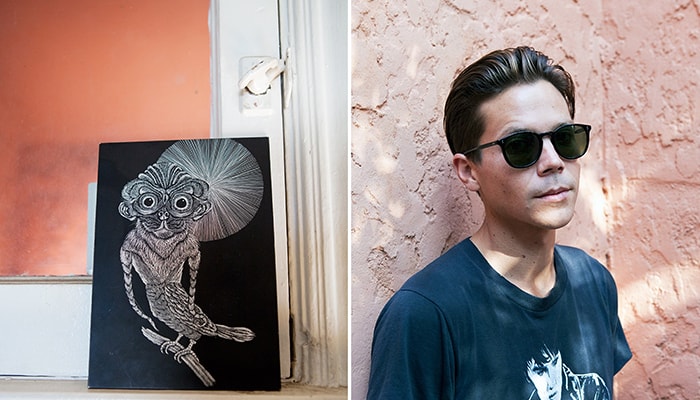 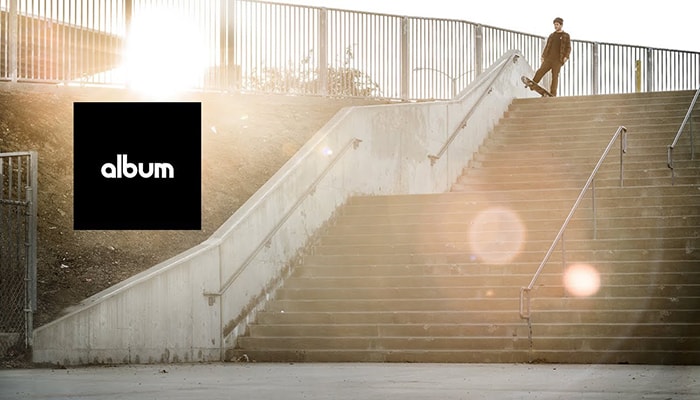 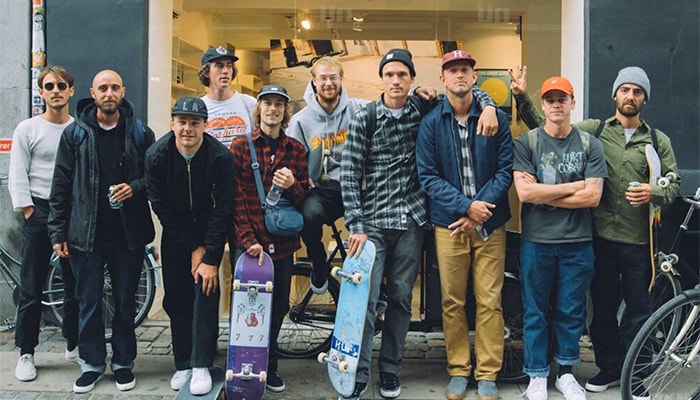