The skateboarding world has been rocked over the past few years by unexpected hardships, with skaters we know and love being stricken by illness and taken away much too soon. When Ben Raemers passed away in May 2019 at the age of 28, it lit a fire under all of our asses to pay attention to those close to us and make it clear that we’re there if they ever needed a friend. Shortly afterwards, The Ben Raemers Foundation was established as a way to bring the topic of mental illness to the fore—and erase the stigma of talking about the taboo subject of suicide. (More recently, the news that 21-year-old Henry Gartland took his own life sent shockwaves through the skate community.)

“Don’t ever hesitate to reach out for help. No matter what is happening, you are loved and people care.”

Ishod Wair wants to keep the conversation going, and he has chosen to launch his website with a limited series of signed decks for sale, with all proceeds going to The Ben Raemers Foundation. When he announced the release this afternoon, the decks sold out within a few minutes. This is just the first of many charity drops that Wair has planned. Leave a comment on the above Instagram post if your any suggestions for a worthy nonprofit he should support on the next go-round.

Wair has been working with The Berrics for over a decade. Check out a small representation of his deep Berrics history, and all 5 episodes of his PUSH series, below:

Antonio Durao goes with the flow in a city that demands nothing less.
Feb 3, 2021    0 Comments
Product 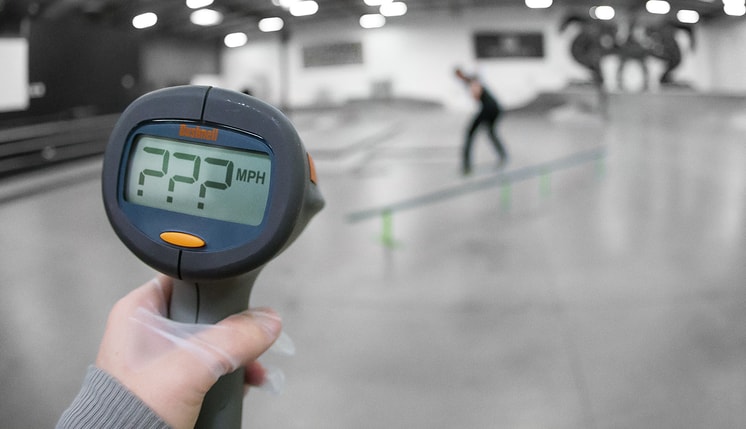 David Reyes proves that he is El Rey of the flatbar with these radar gun-busting back lips. FYI: Anything under 20mph is for chumps.
Feb 3, 2021    0 Comments
Skateboarding

Zion Wright Shares Some Of His Gnarlier Skate House Stories