The recent passing of Jonas Wray left the skateboarding world in shock, with many unanswered questions about the circumstances. Yesterday, his brother Jeremy provided some details about the situation and shared his eulogy in an effort to soothe the pain we all may be feeling:

“Ever had something happen in your life that hit you so hard you felt like you were fighting back tears with every breath? Well, that’s where I’m at. My brother Jonas has been by my side since he was born. We have been through so much together. Too much to even write about. He was loved by sooooo many! And he returned that love 100%. Anyone that knew him would tell you the same. Truly a one of a kind human being. For anyone worried or confused about his passing, just know, I found him peacefully resting at our house. He was sitting up on the couch looking like he was comfortably taking a nap. No foul play; no wild story. He went peacefully in his sleep. He was happy in his life and loved you all very much. He will be missed terribly by everyone that knew him. I will be reaching out with more info as the days progress and we figure out the next steps. For those that know me, don’t hesitate to reach out. I’ve been on the phone all morning talking with friends and letting everyone know what happened. Trying my best to reach everyone before they read it anywhere else, but that’s just not possible these days. I’m putting this up to share the unfortunate and unbelievable truth that Jonas is no longer with us (at least as he was). Much love to you all. Now go hug your brother if you have one. Do it for me.”

Jonas—who along with his brother Jeremy had founded Wraybros in 2013—was an influential skater who had been doing it for over three decades. Anyone whom he met along the way during his journey, be it a demo or even just a casual sesh at a local parking lot, came away impressed by friendly nature and (of course) his ability to land his backside flips bolts every damn time. RIP Jonas, you will be missed.

Watch a few of Jonas’s video projects, below:

Steven Cales Is Fighting For His Life

The legend was beaten so badly yesterday that he needed two reconstructive surgeries. Please help with a GoFundme donation if you can.
Oct 22, 2021    0 Comments
Product Art

Fish talks about the inspiration behind the collab with Denver’s 303 shop in this video.
Dec 8, 2021    0 Comments
Skateboarding 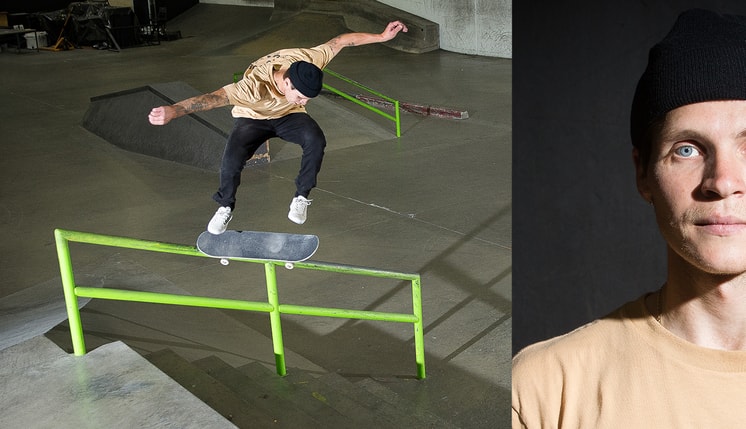 Where The Hell Did Konstantin Kabanov Come From?

You can see why the Russian Olympic skateboarding team has swooped up Konstantin Kabanov…
Apr 13, 2021    0 Comments
Skateboarding